As Brig. Gen. Nathan Bedford Forrest’s expedition into West Tennessee neared its conclusion, the Union brigades of Col. Cyrus L. Dunham and Col. John W. Fuller, attempted to cut Forrest off from withdrawing across the Tennessee River.  Dunham’s and Forrest’s routes on December 31, 1862, brought them into contact at Parker’s Cross Roads. Skirmishing began about 9:00 am, with Forrest taking a position along a wooded ridge northwest of Dunham at the intersection. Confederate artillery gained an early advantage. Dunham pulled his brigade back a half mile and redeployed, facing north.  His Federals repelled frontal feints until attacked on both flanks and rear by Forrest’s mounted and dismounted troops. During a lull, Forrest sent Dunham a demand for an unconditional surrender. Dunham refused and was preparing for Forrest’s next onset when Fuller’s Union brigade arrived from the north and surprised the unprepared Confederates with an attack on their rear. Forrest's reported his uncharacteristic "surprise and astonishment“ at the appearance of the Federal force, but on the field he responded to the shock with more typical boldness, ordering: "Charge ’em both ways." The Confederates reversed front, repelled Fuller, then rushed past Dunham’s demoralized force and withdrew across the Tennessee River. Both sides claimed victory, but the Confederates were able to escape what should have been a perfect trap and Forrest lived to fight another day. 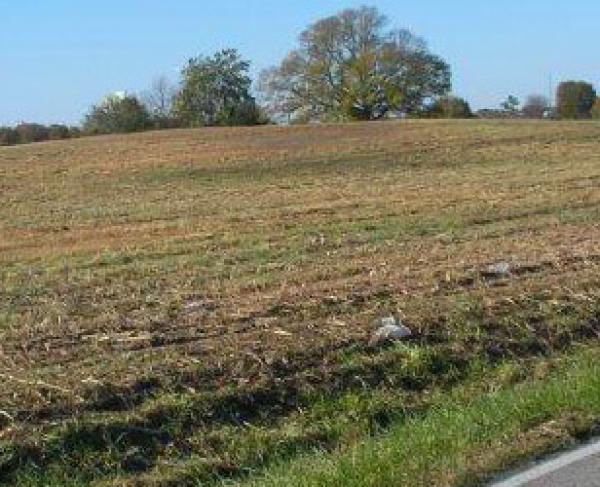 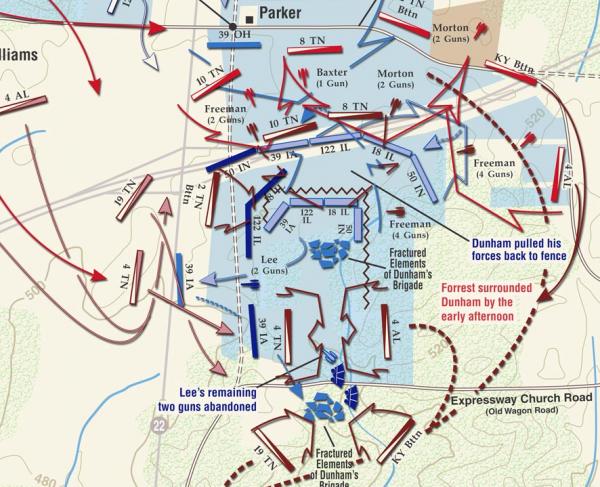 Parker’s Cross Roads is located at the intersection of Interstate 40 and Tennessee Highway 22. Interpretative exhibits and driving or walking tours...
Details and Itineraries »