The Battle at Hog Mountain was one in a series of skirmishes fought between a Union force moving through northern Alabama against 500 Confederate cavalrymen under Maj. Gen. Nathan Bedford Forrest. Led by Colonel Abel D. Streight, the raid took place from April 19 to May 3, 1863 in northern Alabama.  Streight's force consisted of four infantry regiments and two companies of Tennessee cavalry. His goal was to destroy the Western and Atlantic Railroad, which was supplying Gen. Braxton Bragg's Army of Tennessee. Near Hog Mountain on the evening of April 30th, Forrest led the 4th and 9th Tennessee Cavalry regiments in charge after charge against the numerically superior Union force. Much of the fighting was hand-to-hand and in the dark. Four Union artillery pieces, captured earlier in the raid, supported the infantry. A Confederate flanking movement ultimately threatened the Union rear and Streight ordered his men to retire. The raid was poorly supplied and planned, and ended with the defeat and capture of Streight and his 1,700 exhausted men at Cedar Bluff, Alabama, by Forrest who had 500 men. Streight was hindered by locals throughout his march while being pursued by Forrest, who had the advantage of home territory and the sympathy and aid of the local populace. 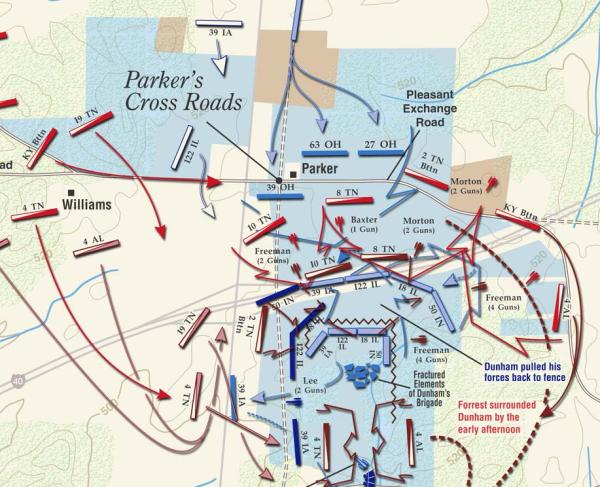 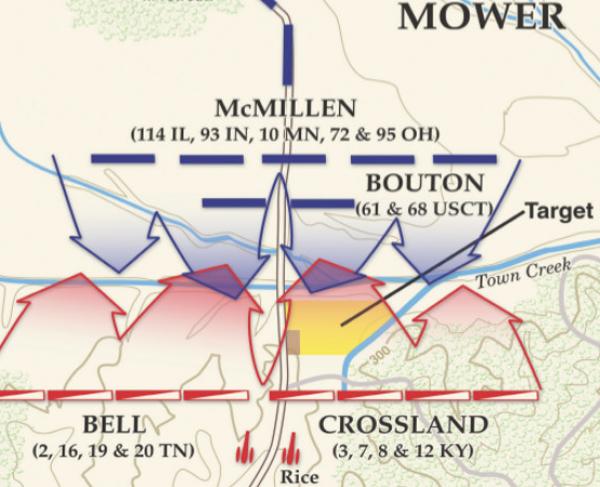 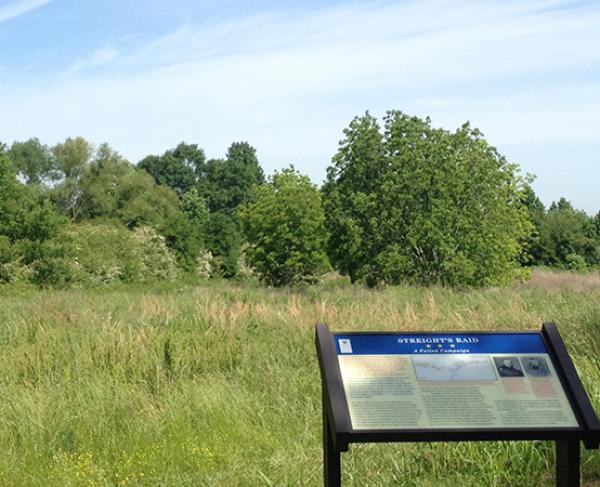