Samuel Perry “Powhatan'' Carter was known as a daring leader in the Civil War as the only officer to simultaneously hold a star in both the Navy and Army. Carter was born in Elizabethton, Tennessee, on August 6th, 1819. After attending a local college, Carter enlisted in the United States Navy in 1840, serving as a midshipman. After spending a few years in the Pacific and the Great Lakes, Carter enrolled in the naval academy at Annapolis, Maryland, and graduated in 1846. During the Mexican-American War, Carter served aboard the USS Ohio and saw action at the Battle of Veracruz. After the war, Carter was stationed at the United States Naval Observatory and became an assistant professor at the Naval Academy. He went on to serve in both the Pacific and Brazilian Naval Squadrons, after which he was promoted to lieutenant.

At the onset of the Civil War, Carter was given special permission to retain his naval commission and become a colonel in the U.S. Army. Because of his Eastern Tennessee roots, Carter was sent to the state to try and raise new regiments. During this time, he used the nickname “Powhatan” to communicate with Unionists behind enemy lines so that if Confederate forces seized his correspondence, they wouldn’t be able to trace the letters back to him.  As a result, Carter successfully raised two Tennessee Regiments by the fall and early winter of 1861-1862. He then went on to fight at the Battle of Mill Springs in January 1862, where his brigade launched a decisive flank attack that crushed the Confederates. After the battle, Carter was tasked with seizing the vital Cumberland Gap. From February to March, Carter probed the Confederate defenses and learned he would have to attack the position from the rear to capture the Gap.

During the summer of 1862, Carter commanded the 24th brigade in George Washington Morgan's 7th Division, which was also assigned to capture the Gap. Finally, after a fierce campaign, Carter, and the division, took the Gap on June 18th, 1862. However, they were besieged several months later and forced to retreat out of the Gap and trek 200 miles through eastern Kentucky to escape capture.

During the last few days of 1862, Carter gained permission to launch the first large-scale Federal cavalry raid going into eastern Tennessee. Leaving on December 30th, 1862, with a force of around 1,000 men, Carter tore up rail lines that fed into Knoxville, Tennessee, destroyed tons of supplies and equipment, and made it back to his lines by January 2nd, 1863. In summer 1863, Cater was promoted and given command of the 2nd cavalry division in the Army of Ohio under the command of Gen. Ambrose Burnside. Carter's cavalry force was active in the Knoxville Campaign and successfully defeated the only Confederate resistance in the area at the Battle of Blue Springs on October 10th, 1863. After the Knoxville Campaign, Carter commanded troops in the Bentonville Campaign, seeing action at Wyse Fork. Meanwhile, Carter rose through the ranks in the Navy and was promoted to lieutenant commander in 1863 and commander in 1865. 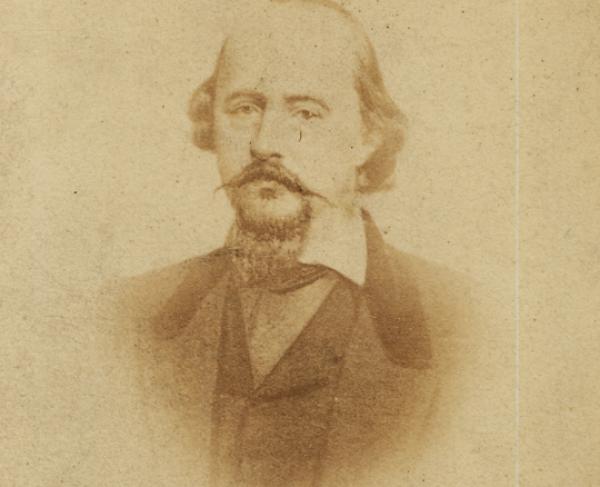