As darkness fell over the North Anna River on May 23, prospects for Gen. Robert E. Lee's army seemed bleak. Federal forces had not only pushed Col. John W. Henagan's South Carolinians across the river but had also breached the defense at Jericho Mill. Just at the moment when the Confederacy needed a decisive victory, Lee - overcome with fatigue and illness - was not ready. Now, he must either fight on Gen. Ulysses S. Grant's terms or withdraw to Richmond.

Under the cover of night, Lee drew his senior commanders to Hanover Junction to one of the most momentous meetings of the war. Individually and in small groups, the commanders met in the southwestern corner of the junction, as Lee sat against a large oak tree. Withdrawal was not an option; the Army of Northern Virginia must be ready to fight at daylight. But where to fight? Attack Gen. Gouverneur K. Warren at Jericho Mill, and Hanover Junction may fall to the Federals on the Telegraph Road. Assault Gen. Winfield S. Hancock at the Chesterfield Bridge and Warren may roll up the Confederate left flank.

It is easy to see why Lee had to defend this position. If you were facing the junction, the track on the left is the Richmond, Fredericksburg and Potomac Railroad, which linked the Confederate capital with the battlefields of northern Virginia. The track to the right would be the Virginia Central Railroad, which brought supplies and food from the Shenandoah Valley to Richmond. Control of this junction meant control of Virginia to the north. Should Grant take control of Hanover Junction, Richmond would be within a day's march. Opportunity for a truly decisive blow against Grant would disappear.

After much discussion, Lee decided on one of the most cunning defensive plans of the war. The army would fall back into the shape of an "inverted V." Using terrain and Grant's own aggressive spirit against him, Lee would draw the Union army into a trap. With the tip of the "V" anchored on the dominant bluffs at Ox Ford, the left arm anchored on the Little River, and the right on a bend of the North Anna River, the position was almost impregnable.

In fact, should Grant advance, he would break his army into three parts—one on the Telegraph Road, another at Ox Ford, and a third at Jericho Mill. Each flank would have to cross the river twice to reinforce the other. Grant would surely attack, giving Lee the chance to pin a large mass of the enemy against the river. The Confederate officers dispersed, ready to shift their troops for the decisive day of May 24.

"The Men Fell in Heaps" 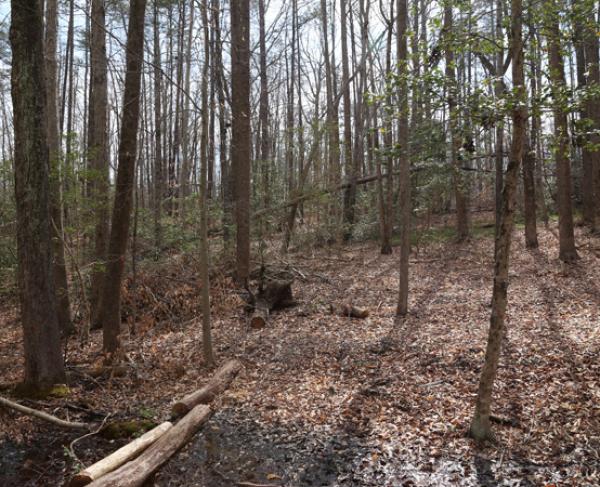