A monument to the Michigan Cavalry Brigade sits off of Gregg Avenue. It was here on East Cavalry Field that the last charge by Stuart's horsemen was defeated on July 3, 1863, with Union Brig. Gen. George A. Custer's Michigan Wolverines playing a large role in fending them off.

A spirited cavalry engagement unfolded almost four miles east of Gettysburg on the afternoon of July 3, 1863. The field was strategically significant due to two nearby roads: the York Pike, situated on the northern boundary, and the Hanover Road, located on the southern end of the field. Union cavalry under Brig. Gen. David M. Gregg occupied the Hanover Road and covered approaches to the Army of the Potomac’s rear. Gregg realized that Confederate occupation of the Hanover Road and the intersecting Low Dutch Road could threaten the Union supply line along the Baltimore Pike.

The morning of July 3 found Gregg’s division scattered across the broad battlefield. Only one of his brigades was located on what is now known as East Cavalry Field. Fortunately, 1,900 Michigan cavalrymen, under the flamboyant and recently promoted Brig. Gen. George A. Custer, reinforced Gregg. Along with 10 pieces of artillery, Gregg and Custer established their defensive line along the Hanover Road and Low Dutch Road.

Meanwhile, Confederate Maj. Gen. James Ewell Brown “J.E.B.” Stuart approached the northern side of the field with perhaps 5,000 of his battle-hardened but exhausted cavalrymen. Historians continue to debate Stuart’s role and objectives. There is no contemporary evidence that Robert E. Lee and Stuart coordinated this assault with “Pickett’s Charge,” which occurred at the same time. Stuart’s orders were to protect the Army of Northern Virginia’s flank, but as he later acknowledged , he had hoped also to strike a surprise attack to the enemy’s rear. The stage was set for one of the liveliest cavalry fights of the war.

The two sides exchanged artillery fire and initially pushed forward dismounted skirmishers. After exchanging gunfire near the John Rummel Farm, the Southerners launched the first of two mounted assaults against the Federal position. Gregg ordered a mounted countercharge from the 7th Michigan, in which Custer rode in front of his men and shouted his immortal war cry, “Come on you Wolverines!” Custer’s spectacular charge stopped when the regiment crashed into a fence that had not been removed from the field, but they nonetheless halted the enemy’s attack.

At about 3:00 p.m., approximately 2,000 Confederate horsemen under Brig. Gen. Wade Hampton emerged for the grand climax. With their sabers glistening in the sun, Hampton’s soldiers gathered speed and galloped toward the Yankee position. Gregg sent in only one regiment, the 1st Michigan, to stop them. Once again, the blonde-haired Custer raced in front of his men and led them forward. Witnesses described the sound of the two sides colliding as like thunder. Capt. William Miller led a squadron of the 3rd Pennsylvania into Hampton’s left flank, and the Confederates grudgingly returned to their starting point. Gregg’s Union forces held their position.

Although not part of the larger Pickett’s Charge, this was still a meaningful action. Gregg prevented Stuart from making any attempts to harass the Union’s main position. The Union cavalry also continued to “come of age” and showed that it was no longer a joke or a punching bag for its Southern opponent.

Today, East Cavalry Field is one of the least visited treasures of Gettysburg National Military Park. The landscape is among the most pristine on the battlefield. A handful of monuments, cannons and historical structures occupy the ground. It is easy for visitors to recall that afternoon long ago when Gregg, Custer, Stuart, Hampton and others clashed on these fields. 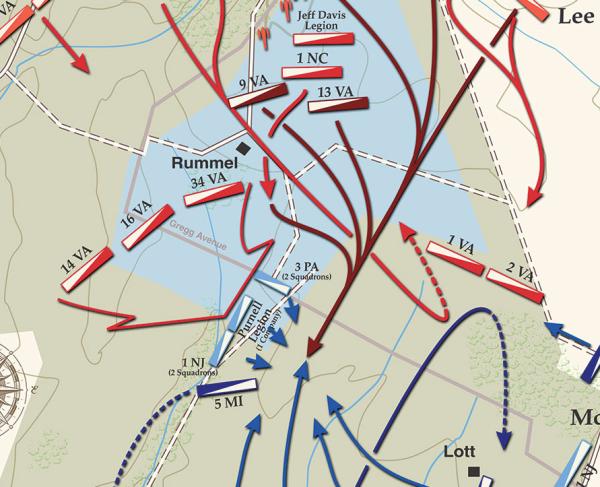 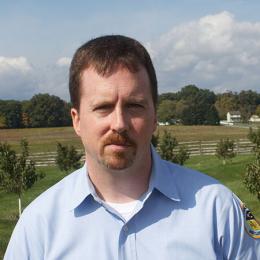 James Hessler
James Hessler is a Licensed Battlefield Guide at Gettysburg National Military Park. He is a popular author and speaker at civil war round tables who has taught courses for the Gettysburg Foundation and Harrisburg (PA) Area Community College.
Related Articles