The great Virginia campaign of 1864-1865 witnessed Ulysses S. Grant and Robert E. Lee locked in mortal combat for eleven months. In the spring, their warfare remained mobile, from the Wilderness in early May to the initial operations against Petersburg in mid-June. By summer, however, it stagnated into siege. The ensuing Siege of Petersburg was not so much a ‘tactical siege’ as a ‘strategic siege,’ waged through a series of field battles on both sides of James River. These two-pronged Federal strikes threatened Richmond or Petersburg or both as well as the supply lines into those cities. Confederates, in turn, strove not merely to block these blows but to counterattack and hurl them back.

This approach began in late July, 1864, with Grant's Third Offensive. Winfield Scott Hancock's II Corps and three cavalry divisions under Philip H. Sheridan crossed to the north side of James River at the Deep Bottom bridgehead on July 27. The infantry was expected to push the graycoats westward, thus allowing Sheridan to launch another great raid to sever the railroads linking Lee to Jubal Early's threatening army in the Shenandoah Valley -- and possibly even to break into Richmond itself. Hancock overran the Confederates' outer line that day but stalled before their main position, far short of his objective.

Sheridan started on his raid on July 28 but was almost immediately counterattacked by Richard H. Anderson's infantry. The Butternuts gained initial advantage, but their attempted pursuit was checked and then driven from the field right here on the Darby farm. Yet again, dismounted Northern troopers, with repeating carbines, demonstrated that they could beat Southern infantry.

Hancock and Sheridan withdrew nearer to Deep Bottom late on July 28. Overnight July 29/30, they recrossed James River to be ready to help exploit the expected breakthrough at Petersburg when Grant unleashed the second prong of his Third Offensive: the Battle of the Crater.

Tactically, the fighting here on the Darby farm was a Yankee victory. Grand tactically, First Deep Bottom represents Southern success in thwarting immediate Union objectives on the Peninsula. Strategically, the Federals gained the advantage since they caused Lee to mass five and a half divisions north of James River, thus leaving only four at Petersburg. This shift made Petersburg all the more vulnerable when the Crater was detonated on July 30 -- a great potential advantage which the Bluecoats failed to exploit.

On all those dimensions -- tactical, grand tactical, strategic -- First Deep Bottom was an historic battle. It is all the more significant because it was the first of a series of battles that characterized the operations of Grant and Lee for the rest of 1864 and in many respects for the rest of the Siege of Petersburg. The most intense fighting of the battle raged on the Darby farm. The Civil War Preservation Trust has rendered great service in saving the most crucial sector of this critical battle. 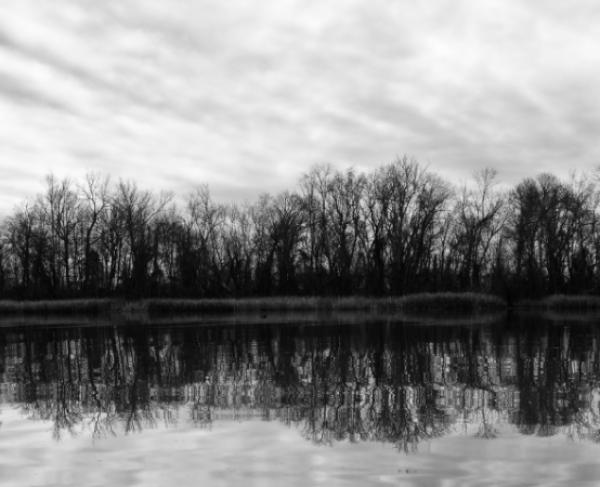