Since the last musket fired in the Civil War more than 158 years ago, the Champion family has owned the land where one of the most significant actions of the Vicksburg Campaign occurred—on Champion Hill near the Crossroads formed by the intersection of three vital roads leading to the fortified city.

In 2007, American Battlefield Trust purchased an easement from the Champion family to protect the land from development. And last year, we raised $78,000 toward the purchase price of the land when we created a memorial campaign to honor noted historian and friend of the Trust, Ed Bearss, who valued this theater of war above all others.

The Ed Bearss Tribute Fund is restricted to the exclusive use of Vicksburg Campaign transactions and generous friends have already contributed $78,000 toward the Fund, leaving us just $107,000 to raise to complete the purchase of the 144-acre plot from the Champion family—at the incredible cost of 1.7 cents per square foot (that’s far less than the cost of a square foot of carpet).

We need to act quickly! We need to raise the additional funds by June 30th to complete the purchase of this hallowed ground.

Please make your most generous gift today to help us raise the remaining $107,000 to acquire 144 critical acres of land that includes Champion Hill. Once secured, it will eventually be added to the Vicksburg National Military Park and protected for generations to come.

We have until the end of June to secure the remaining funds needed to purchase 144 acres of land that includes Champion Hill and the Crossroads—locations of some of the most significant actions of the Civil War, culminating in the Union victory in the Vicksburg Campaign.

On May 16, 1863, General Grant’s army was marching unchecked through Mississippi. Confederate General John C. Pemberton left the Vicksburg defenses, hoping to prevent the Federals from severing the railroads that fed the fortress city. The two armies met that day in a ferocious firefight that raged primarily over high ground owned by Sid and Matilda Champion. After a fierce struggle, Grant’s army drove the Confederates off of Champion Hill and back to the relative safety of their fortifications in Vicksburg, setting the stage for the siege that ended with the city’s capitulation on July 4, 1863.

The Battle of Champion Hill is widely recognized as the largest, bloodiest, and most decisive battle of the Vicksburg Campaign. However, despite its importance, the battle is often overlooked due to its proximity to Vicksburg and the events that unfolded there. Although the Champion Hill area remains quite rural, threats to the integrity of the battlefield have accelerated over years. The easement the Trust secured 14 years ago has kept development at bay.

Having stewarded the land for more than 158 years, the Champion family is now ready to sale the land to the Trust. Once in our hands, we will transfer ownership to the National Park Service where it will be added to the Vicksburg National Military Park with its 1,728 acres of battlefield land encompassing the Union and Confederate trenches surrounding the city and overlooking the Mississippi River. With its inclusion in the Vicksburg National Military Park, the story of Champion Hill will now be remembered as one of the most decisive battles of the Civil War.

The opportunity to own these 144 absolutely priceless acres of Champion Hill has taken more than 14 years of determination, cultivation, and negotiation. As you know, in Civil War battles, success or defeat was often a matter of moments. The moment to capitalize on our hard work is at hand. I hope I can count on you to help secure this hallowed ground.
David N. Duncan, American Battlefield Trust President
Read the letter

Save Priceless Acres at Champion Hill & the Crossroads 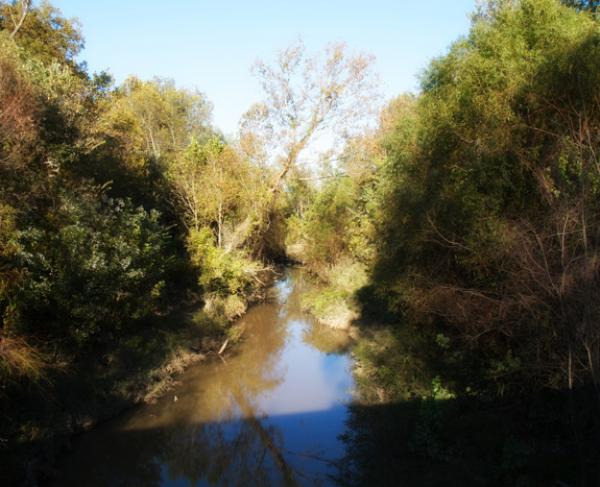 This article describes the Battle of Champion Hill, a Union victory which occurred during the Vicksburg Campaign. 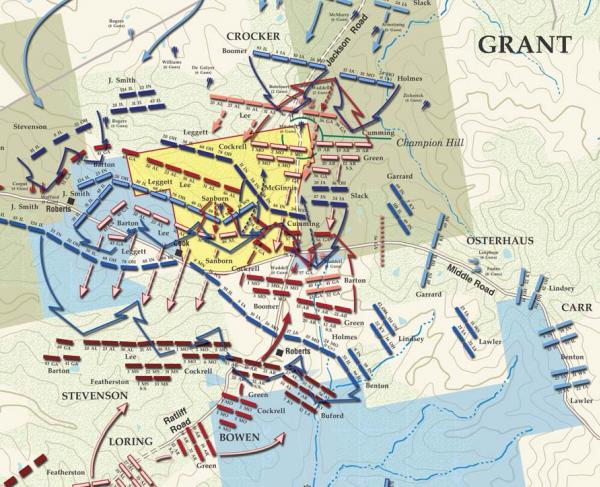