The city of Corinth, Miss., was founded in 1854 at the junction of the Mobile & Ohio and Memphis & Charleston railroads.  By 1860, the community had grown to a population of more than 2,500.

Located in Alcorn County, northeast Mississippi, the site was of immense strategic significance.  Control of the rail lines passing through Corinth meant access to the Confederate heartland, as well as a means to reach its coastal ports.  With this critical importance to the Southern war effort, defense of Corinth was a priority for her western commanders.  After the fall of Forts Henry and Donelson, when Union forces began to advance toward Corinth, the Confederates marched 22 miles to the northeast to surprise them at Pittsburg Landing.

Following the Battle of Shiloh, the bloodiest engagement in American history up to that time, Union forces capitalized on their victory, advancing and laying siege to Corinth.  Both sides dug an impressive network of earthworks and trenches around the city, but the Confederates retreated to Tupelo on May 30.  That autumn, a Southern force under Maj. Gen. Earl Van Dorn attempted to retake Corinth and was nearly successful in doing so.  But after desperate hand-to-hand fighting, the Federal defenders counterattacked, pursuing the Confederates just over the Tennessee line and defeating them at Hatchie’s Bridge. 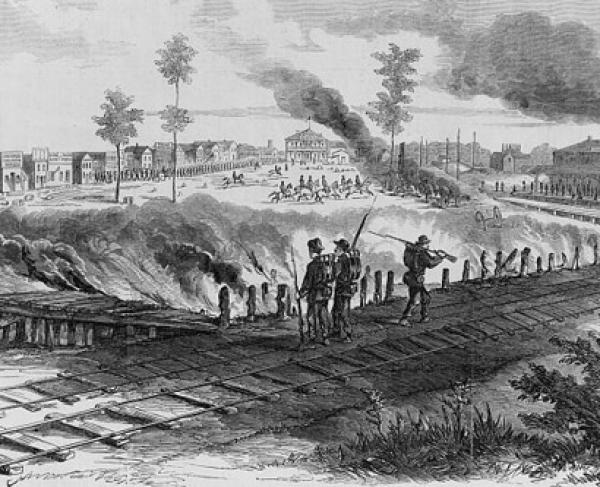