Completed in 1816, Farmington was the center of a 550 acre hemp plantation owned by the Speed family and sustained by nearly 60 slaves. The site explores the history of the family, the enslaved population, and the family's strong friendship with Abraham Lincoln. Tour the new Lincoln exhibits, the many outbuildings, and the recently restored historic home. Joshua Speed, son of John and Lucy Speed, befriended Abraham Lincoln while both young men were beginning their careers in Springfield, Ill., by offering him lodging. The two became close friends, and in 1841 Lincoln spent about three weeks at Farmington during a break in his relationship with Mary Todd. Joshua's brother, James, became Lincoln's Attorney General in his second administration. 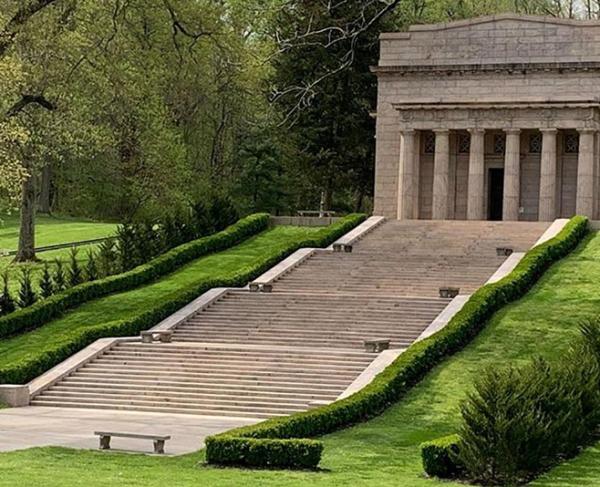 Hodgenville, Kentucky | Established as a National Park in 1916, the historic site preserves the early years of Lincoln's life with the enshrinement of...

Pembroke, Kentucky | This historic site is a memorial to the famous Kentuckian born here on June 3, 1808.

Richmond, Kentucky | This historic site and Italianate mansion, now a State Park, was built for Cassius Marcellus Clay and has many noteworthy...