Together, we have saved more than 55,000 acres of battlefield land in 24 states, including historic properties at Antietam, Bentonville, Chancellorsville, Chattanooga, Gettysburg, Manassas, Princeton, Shiloh, Vicksburg, Wilson’s Creek, the Wilderness and more. Celebrate our recent victories. 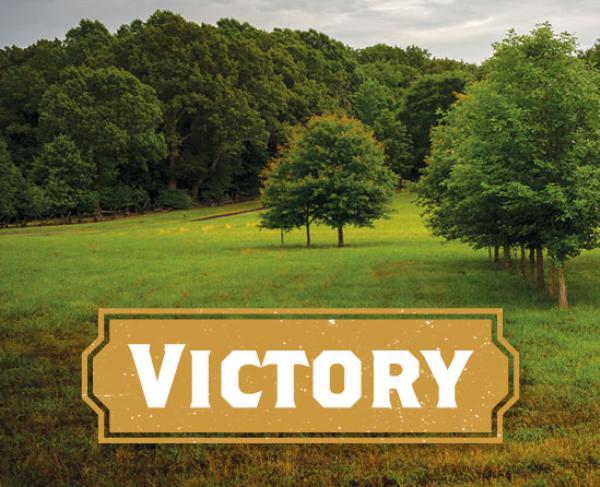 Saved: One Acre at the Southwest Corner of Parker’s Cross Roads

Boosted by the support of the American Battlefield Protection Program, the City of Parkers Crossroads and the Tennessee Historical Commission’s Civil War Sites Preservation Fund (administered by the Tennessee Wars Commission), the American Battlefield Trust acquired two adjacent Parker’s Cross Roads properties totaling nearly one acre over the course of 2020 and 2021. The southwest corner of the original intersection during the December 31, 1862, battle, this hallowed ground experienced impactful restoration that has left our long-time partner and friend Steve McDaniel incredibly thankful for the continued work of the Trust. With its transfer to the State of Tennessee in December 2022, the battlefield now looks to interpretive opportunities at the southwest corner of the crossroads. 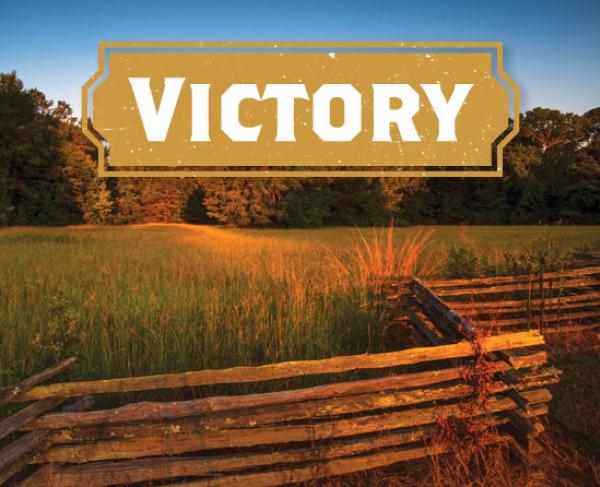 Protecting the Past: 20 Acres Saved at Louisiana’s Port Hudson and Mansfield

When people hear “Louisiana,” many tend to think of New Orleans, Mardi Gras or its flair for football, but few think about the state’s Civil War sites. In its most recent preservation victory, the American Battlefield Trust shares news of roughly 22 acres saved in the Bayou State – 2.6 acres at Port Hudson and 19.63 acres at Mansfield. Both state historic sites, this acreage will advance opportunities for visitors to engage with Louisiana’s complex Civil War story, including the efforts of the Union’s 1st and 3rd Louisiana Native Guard. Made of newly freed Black men, they represented the first Black units to engage in major combat actions during the war. This preservation achievement was possible by the American Battlefield Protection Program, the State of Louisiana and the Trust's donors. 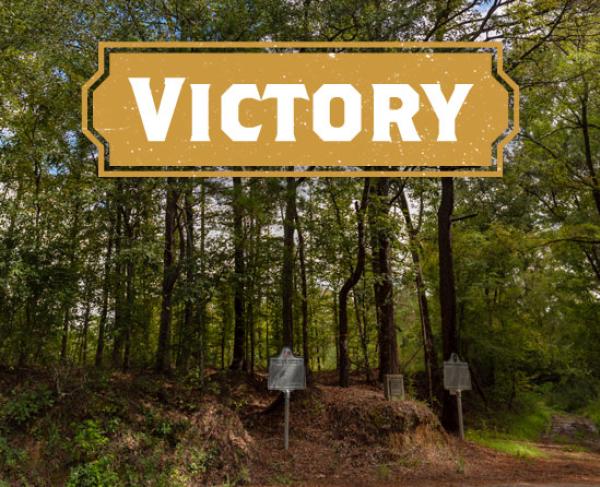 Preservation of the Champion Hill Battlefield has expanded with the American Battlefield Trust’s acquisition of 498 acres. Still located in the area, the Champion family agreed to sell their entire holdings after building a multi-year relationship with the Trust.  This included a 144.4-acre tract that the organization had previously worked to place a conservation easement on. Boosted by the American Battlefield Protection Program, State of Mississippi, the HTR Foundation and generous Trust donors, the Trust has acquired that tract and another 353.6-acre parcel with hopes of incorporating them into the Vicksburg National Military Park. 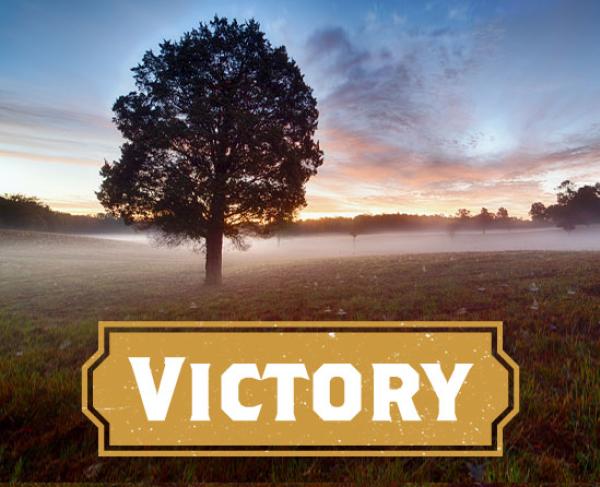 History Saved: 137 Acres at the Site of Todd’s Tavern

In the midst of National Drink Beer Day, the American Battlefield Trust announced the successful preservation of 137 acres at the site of the once-standing Todd’s Tavern. While one of the most intense and important cavalry battles of the Civil War’s Overland Campaign raged nearby, the land is also significant for its ties to the Marquis de Lafayette. With hopes of chasing and outsmarting Cornwallis’ British forces, Lafayette brought his command along the Brock and Catharpin Roads — passing this property in the process. Our preservation partners included the American Battlefield Protection Program, the Commonwealth of Virginia, the Virginia Battlefield Preservation Fund and the Central Virginia Battlefields Trust. 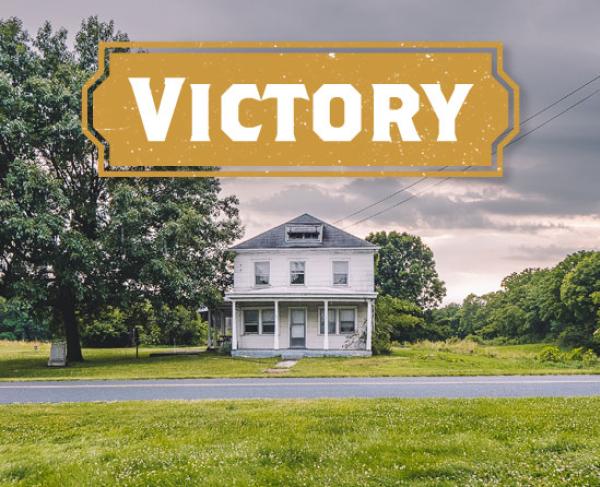 In celebration of National Public Lands Day 2022, the American Battlefield Trust announced the successful transfer of more than 50 acres to the National Park Service (NPS) across three battlefields: Antietam (Md.), Glendale (Va.) and Shiloh (Tenn.). Sitting directly across from the Antietam National Battlefield visitor center and encompassing the southern tip of the West Woods, a 7.6-acre tract was saved by the Trust in 2016 and, as of mid-August, passed into the hands of the NPS for incorporation into the national battlefield. At Shiloh, approximately 30 acres via two properties were transferred to Shiloh National Military Park in June. Plus, more than 14 acres at Glendale shifted hands in August, augmenting the growth of Richmond National Battlefield Park and providing a path to greater understanding of the Gravel Hill community. 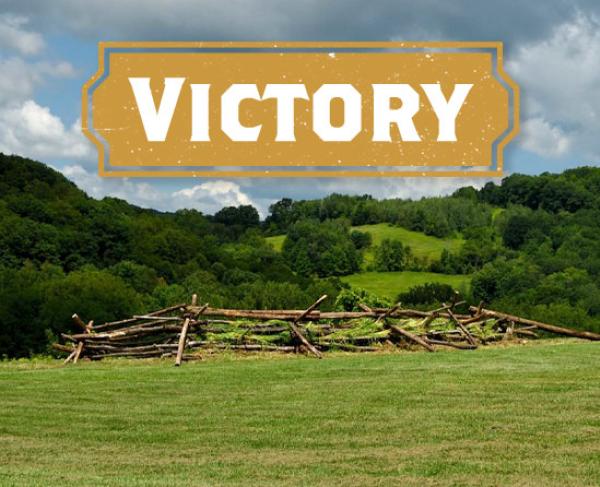 With reliable contacts in place, the American Battlefield Trust jumped into action when alerted of a 23-acre property at the Bennington Battlefield that had been sold swiftly at a tax sale. On August 16, 1777, during the first engagement of the Battle of Bennington, the tract was very likely part of the location where Crown forces retreated and surrendered. General John Burgoyne’s defeat at Bennington was a telling precursor for his disastrous loss at Saratoga two months later, which signaled the growing strength of the American cause. After conferring with the owner, a deal was struck and the Trust acquired the property in June of 2020. Following impactful restoration efforts, the property was sold and transferred to the New York State Office of Parks, Recreation and Historic Preservation in June of 2022. 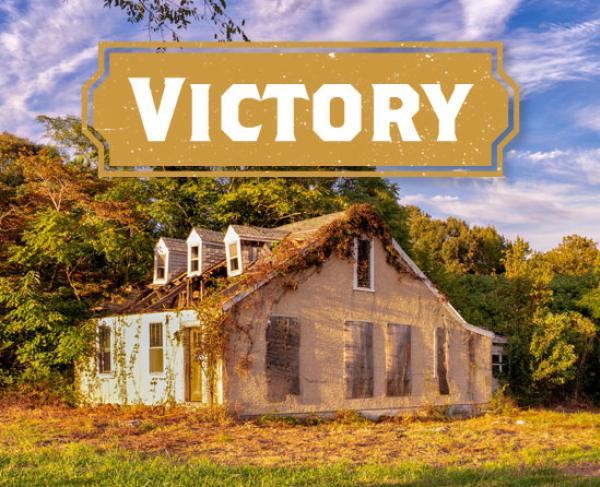 The 29-acre property that the “Old Cold Harbor Tavern” once sat upon is now preserved in perpetuity for the benefit of future generations — so that they may walk in the footsteps of the many soldiers and civilians who endured a whirlwind of chaotic events at the intersection of the Gaines’ Mill and Cold Harbor Battlefields. With thanks to the American Battlefield Trust’s dedicated donors, the HTR Foundation, the National Park Service and the Commonwealth of Virginia, the Trust brought the Hanover County, Va., acreage across the preservation finish line via acquisition and conservation easement. The land, adjacent to the previously saved 50-acre sportsplex tract, recently had the historic setting restored through the removal of a dilapidated, semi-modern structure. 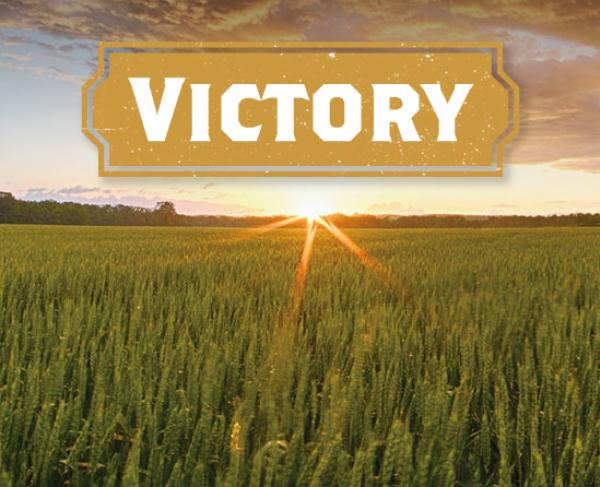 Since 2006, the American Battlefield Trust fought to bring the 208-acre Slaughter Pen Farm at Fredericksburg into the “Saved Forever” category. At $12-million, it represents the largest and most complex private battlefield preservation effort in the nation’s history. But, as of May 2022, the seemingly impossible was made possible when the Trust made its last payment on its lofty loan and claimed victory at the treasured site. Due to support from the American Battlefield Protection Program, the Central Virginia Battlefields Trust, the Commonwealth of Virginia, Truist (previously SunTrust), Tricord Homes and unwavering Trust donors, the site deemed to be “the very heart and soul” of the Fredericksburg Battlefield is forever preserved for countless generations to stand upon and learn from. 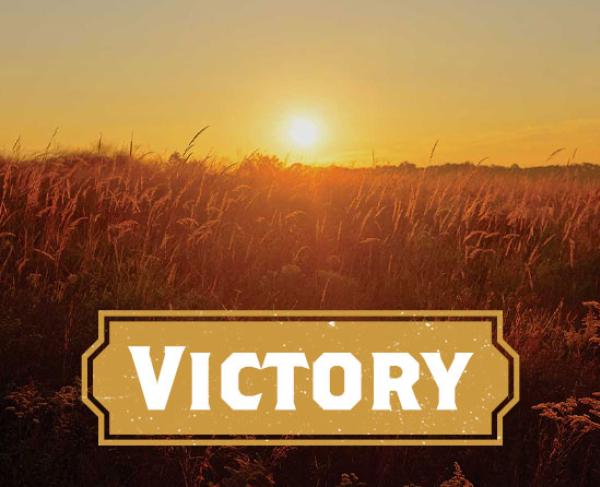 In honor of its second annual Victory Week, the American Battlefield Trust proudly announces an impressive round-up of preservation victories. Looking across seven battlefields in three states, the news speaks to roughly 659 acres saved by the nation’s premier battlefield land preservation organization. This impactful acreage represents five Virginia battlefields from the Civil War’s Eastern Theater and two battlefields from the Western Theater, plus a plethora of stories that illustrate the struggle, sacrifice and perseverance of warfare. These victories were not only obtained through a strict work ethic — but through the ardent support of donors and like-minded partners. Partners in preservation included the American Battlefield Protection Program, the Commonwealth of Virginia, the National Park Service, Reflection Riding Arboretum & Nature Center, the State of North Carolina, the Trevilian Station Battlefield Foundation, the U.S. Navy’s Readiness and Environmental Protection Integration Program, the Virginia Battlefield Preservation Fund, the Virginia Land Conservation Foundation and generous landowners. 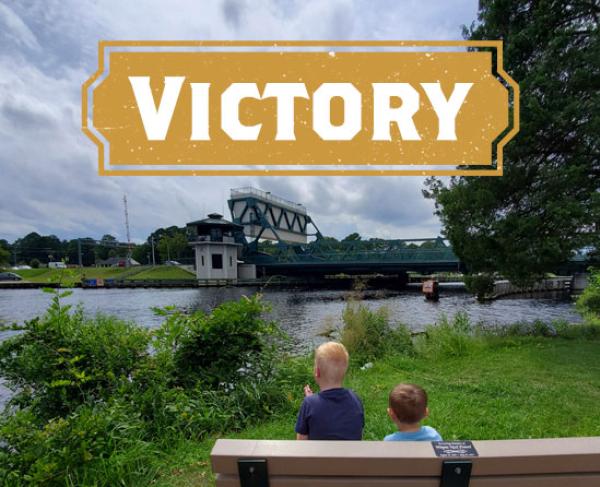 At the start of 2022, the American Battlefield Trust announced that it had reached a landmark moment in its preservation journey, with land saved at 150 individual battlefield sites. A site of significance for Black participation in the nation’s founding conflict, the 150th site is Great Bridge, Va. With support from the American Battlefield Protection Program, the Virginia Battlefield Preservation Fund, the City of Chesapeake, the Great Bridge Battlefield and Waterways Foundation and Trust donors, our organization halted commercial development by acquiring a 0.66-acre tract that had been listed “for lease.” By ensuring its preservation, the organization brought new possibilities to the small but significant property. 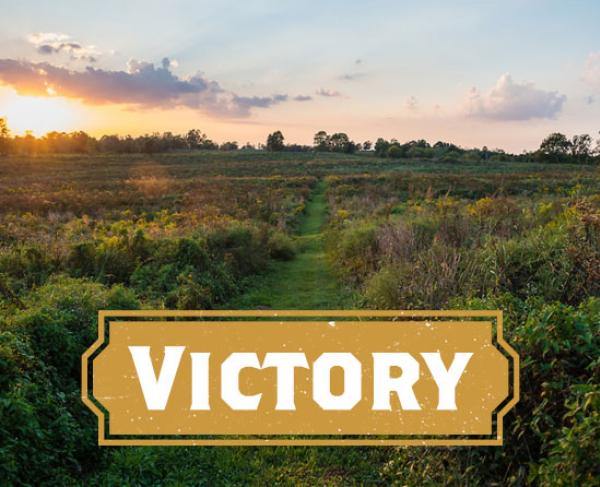 Once the site of Kentucky’s largest battle during the Civil War, the Perryville Battlefield has been further preserved with the American Battlefield Trust’s acquisition of 51.5 acres. Fought on October 8, 1862, the battle swirled around this tract, which is the last remaining property that made up the wartime farm of John Russell. Furthermore, the acreage is a connective puzzle piece, as it is surrounded by land already owned by Perryville Battlefield State Park. Recognizing its potential to augment the interpretive experience, the American Battlefield Protection Program was a pivotal partner in this preservation effort. With 1,202 acres of hallowed ground already preserved by the Trust at this treasured site, the organization takes pride in the feat but looks forward to growth opportunities that are yet to come. 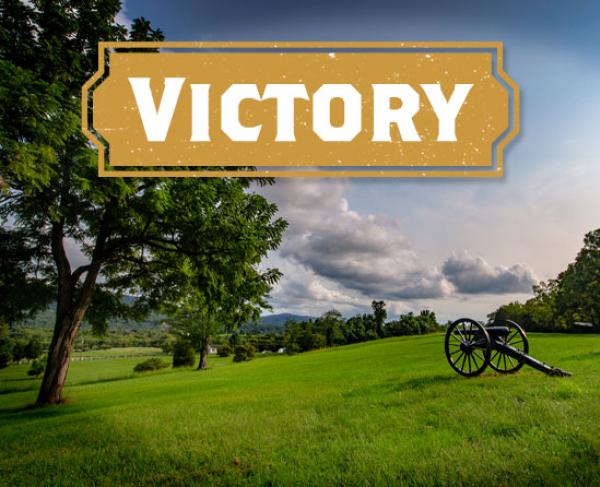 In its most recent victory, the American Battlefield Trust wrapped up a large chapter of preservation efforts at the Harpers Ferry Battlefield by donating to the National Park Service the last of four tracts — saved from 2013-2014 — that total approximately 17 acres. This small-but-profound 0.61-acre parcel will now be part of Harpers Ferry National Historical Park and stand in the company of nearly 343 Trust-saved acres that have been incorporated into the park. Once slated to become the site of a new gas station and mini-mart, the property was saved in 2013 — along with 3.28 adjacent acres — through the collaborative efforts of the Trust, the National Parks Conservation Association, the National Park Service and the Bank of Charles Town. Over the past 29 years, the Trust has succeeded in saving 542 acres of hallowed ground at the West Virginia battlefield. 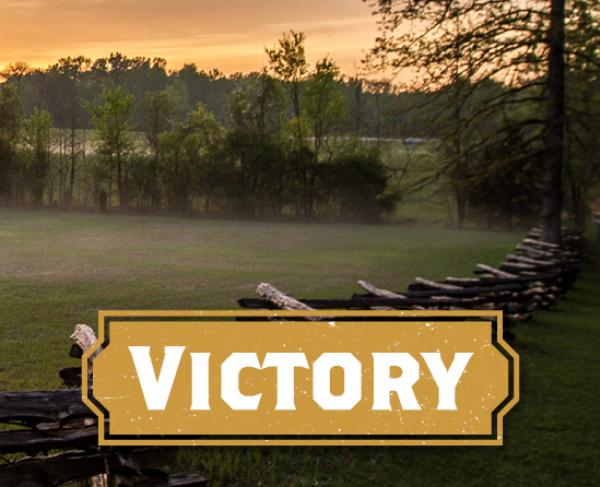 In adding almost 99 acres of hallowed ground at THREE Civil War battlefields to its already-robust victory portfolio, the American Battlefield Trust marked several milestones. The feat is especially gratifying for fans of the Western Theater, adding more than 22 acres at Shiloh, Tenn., and upwards of 76 acres to our tally associated with the Vicksburg Campaign — nearly 44 acres at Raymond, Miss., and just short of 33 acres at Vicksburg, Miss. 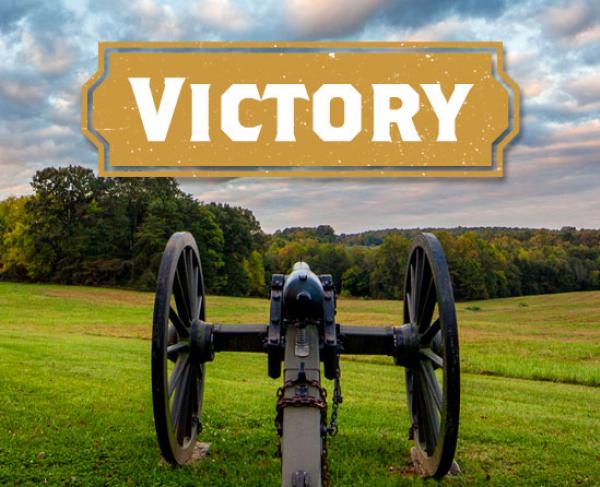 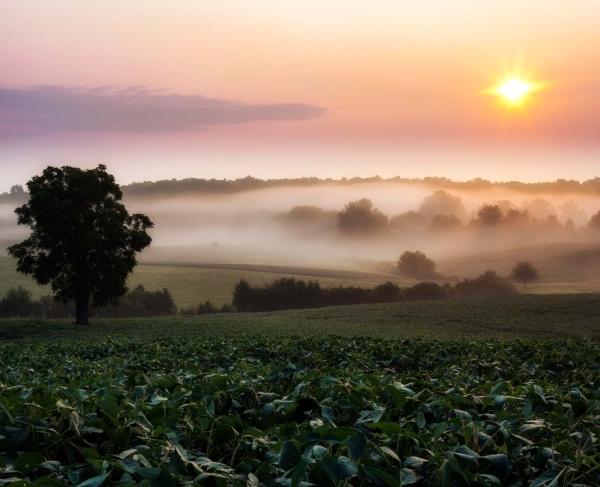 Save 42 Historic Acres at the Battle of Chancellorsville 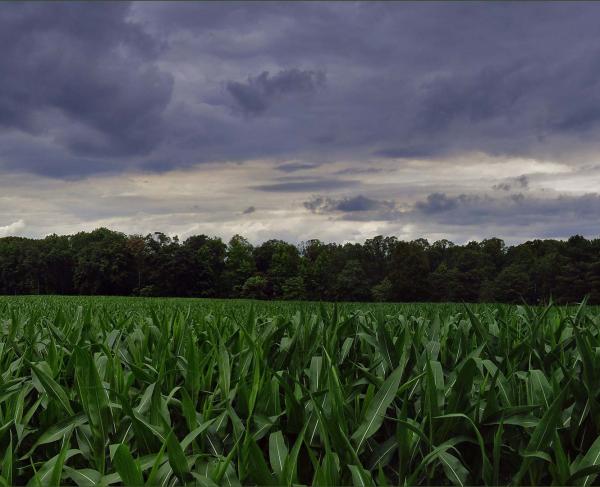 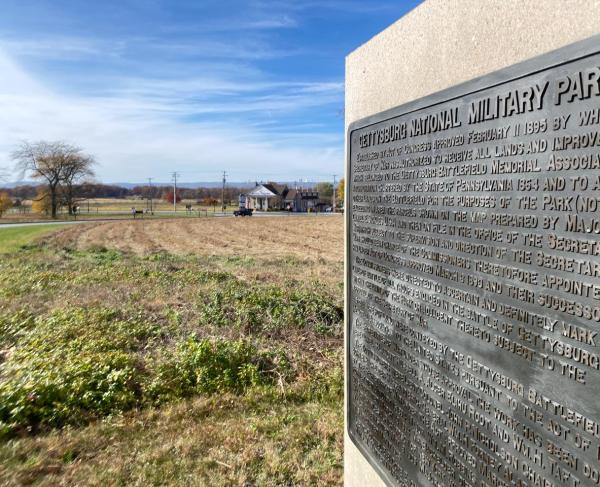 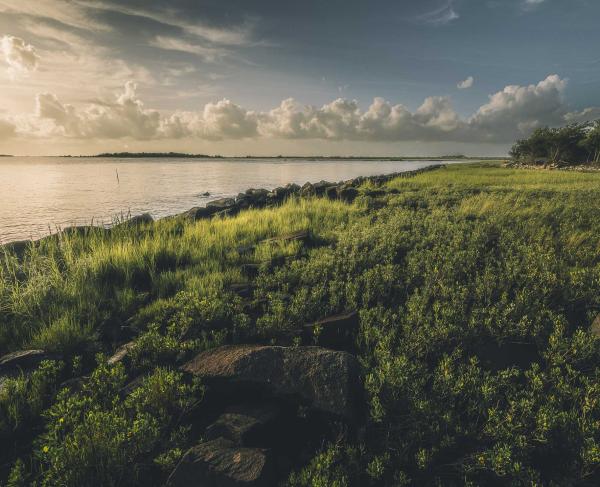 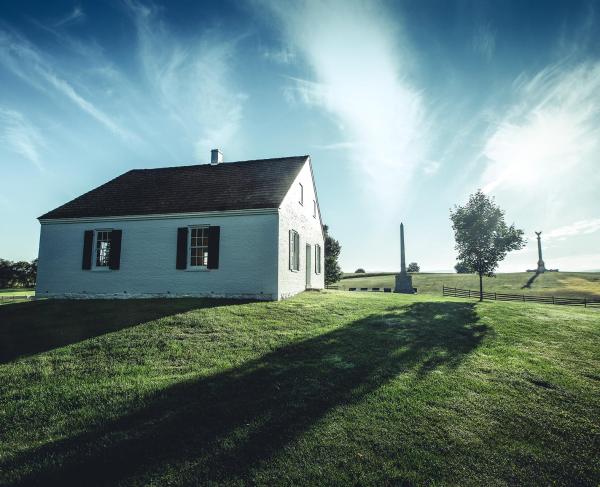 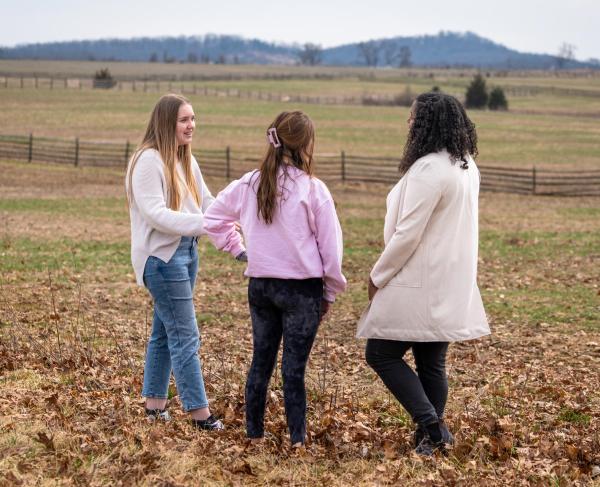