In July 1863, thousands of soldiers from dozens of states met at Gettysburg to fight what would become the bloodiest battle of the American Civil War. While the Battle of Gettysburg's second- and third-day sites such as Little Round Top, Cemetery Ridge, and Devil’s Den are justifiably iconic, the fighting that occurred on that first day was no less important.

Now, with your help, we have successfully preserved a two-acre tract of hallowed ground. Here, on July 1, Yankees from Massachusetts, New York, and Pennsylvania repelled a charge by Col. Alfred Iverson’s North Carolinians. “Unable to advance, unwilling to retreat,” the survivors of Iverson’s brigade hugged the ground for safety, waiting for a renewed Confederate assault to sweep the Federals from Oak Ridge. 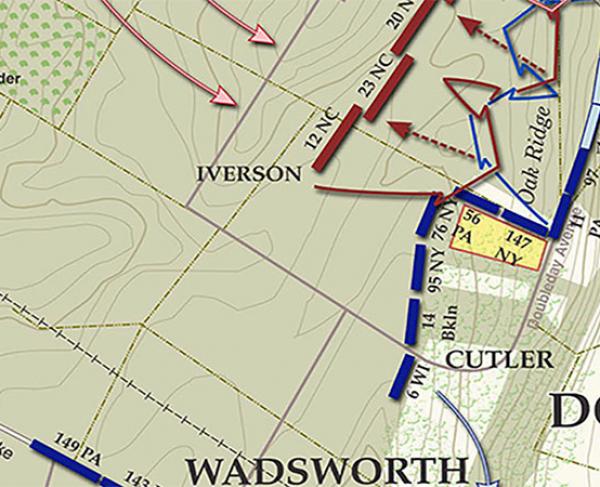 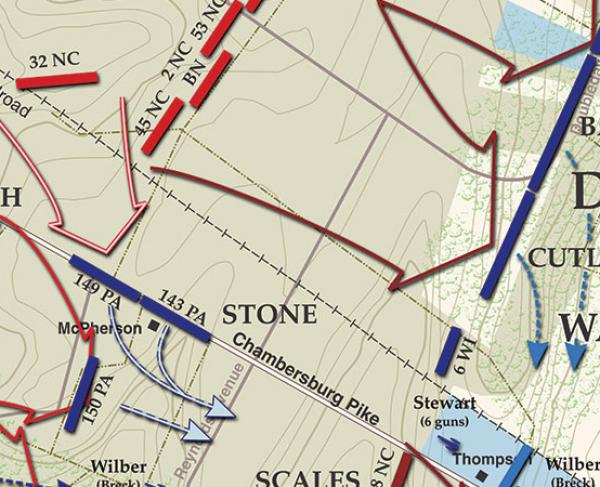 BATTLE MAP | American Battlefield Trust’s map of the Battle of Gettysburg, Pennsylvania on July 1, 1863 from 3:45pm to 5pm