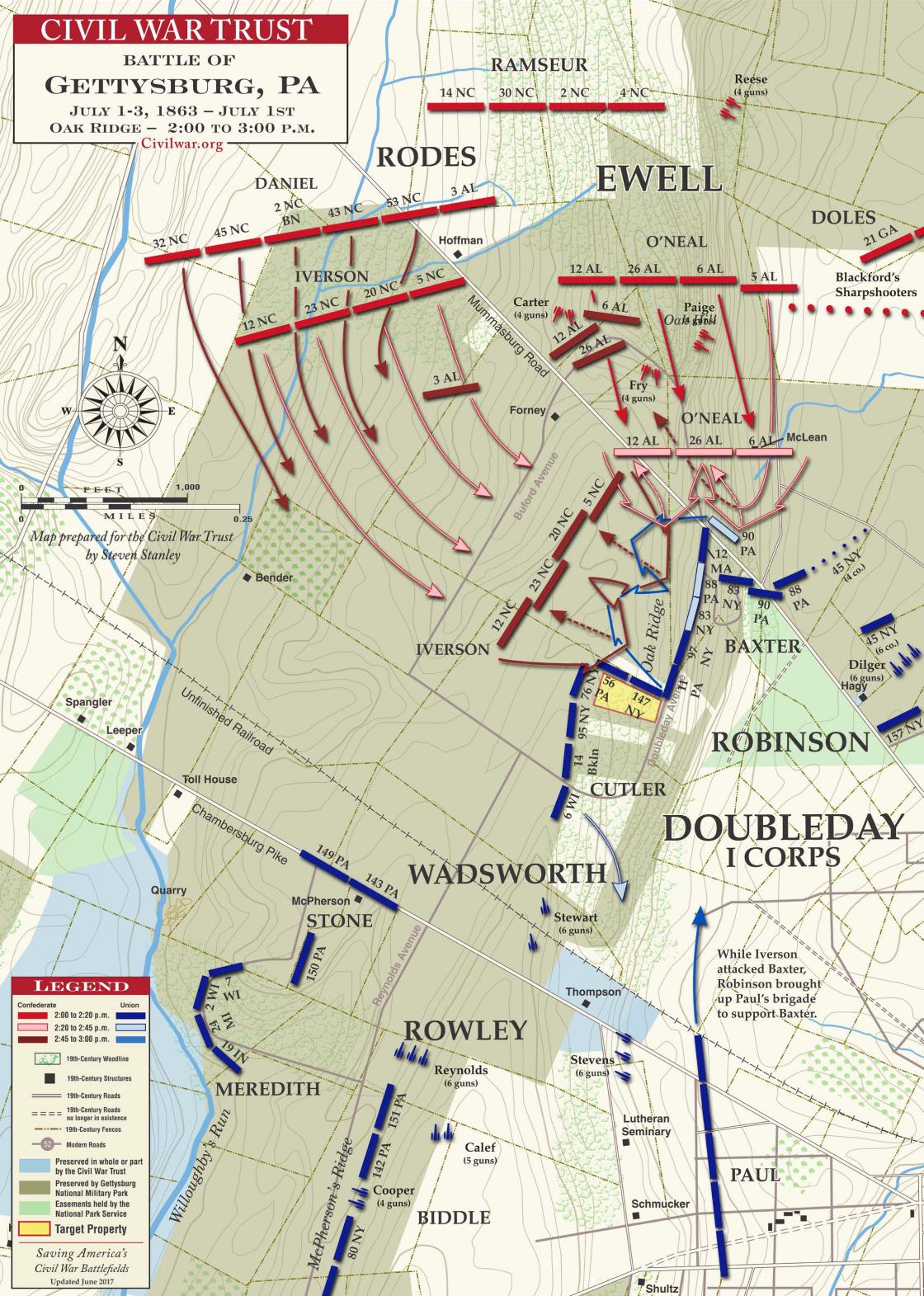 Late in the morning of July 1, the I Corps division of John Robinson arrived and extended Wadsworth’s McPherson Ridge position northward. By early afternoon, Confederates from Ewell’s Second Corps arrived on the battlefield from the north. The 5-brigade division of Robert Rodes, at 8,000 men the largest in Lee’s army, deployed straddling Oak Ridge on the right flank of the Union line. The undulating terrain and poor leadership control led to Rodes’ brigade being committed at different points along the Federal position instead of in one, concentrated blow. Heavy casualties were incurred as their attacks were poorly coordinated and the Union men held fast. The brigade of Alfred Iverson was particularly devastated, suffering 65% casualties.

The I Corps survived the initial attack of Rodes’ men but held the line with many losses. In the late morning, infantry and artillery of the XI Corps under Oliver Howard moved into position in the open fields northeast of Gettysburg on the right of Henry Baxter’s brigade.