The American Battlefield Trust’s most recent success story speaks volumes about the process that goes on behind the scenes in the preservation process. Our acquisition opportunities arise from many places — through long term relationship building with landowners, from tips provided by eagle-eyed members and even out of through encounters Trust staff on their own vacations. In short, that is how the Trust initiated its first-ever project at the Bennington Battlefield — which concluded in the protection of 23 acres of core battlefield land and its successful transfer to New York State.

In 2017, the Trust was truly starting to fire up its efforts to save Revolutionary War battlefields and Kathy Robertson, our director of project management, had her eyes set on the possibilities afoot in New York. So, while vacationing that summer, she arranged to visit the Bennington Battlefield State Historic Site and introduce herself to those charged with operating it. That’s when Robertson met David Pitlyk, historic site assistant at Bennington Battlefield State Historic Site, and Alane Ball Chinian, director of the Saratoga-Capital Region for New York State Parks, Recreation and Historic Preservation. From that point on, Pitlyk and Chinian knew they could call on Robertson if there was ever a chance for the Trust to lend support at Bennington.

That call came in January 2019, after Pitlyk learned that a 23-acre property within the battlefield’s core had been sold through a tax sale.

The property was unquestionably significant. On August 16, 1777, during the first engagement of the Battle of Bennington, this was part of the area where Crown forces retreated to and surrendered, evidenced by artifacts found on adjacent, state-owned battlefield land. The defeat of General John Burgoyne’s forces here was only the precursor for his disastrous loss at Saratoga two months later, which signaled the growing strength of the American cause.

With a notable impact on the trajectory of the war, Bennington is defined as a “Class A” battlefield in the Report to Congress on the Historic Preservation of Revolutionary War and War of 1812 Sites in the U.S.

The Trust recognized the historic weight this property carries and the potential that New York State saw in the land. While the owner was at first reluctant to selling, he soon learned the history of the land. Upon an appraisal and following a few offers, a deal was struck in late 2019 — with the promise that the owner would remove the single-family structure on the property.

The Trust officially closed in June of 2020, and although the bulk of the modern buildings were gone, further clean-up remained for the Trust to complete before the land was state-park ready. In June of 2022, the process was completed with the 23-acre tract’s transfer to the New York State Office of Parks, Recreation and Historic Preservation, expanding the Bennington Battlefield State Historic Site and opening the door to a world of recreational opportunities. 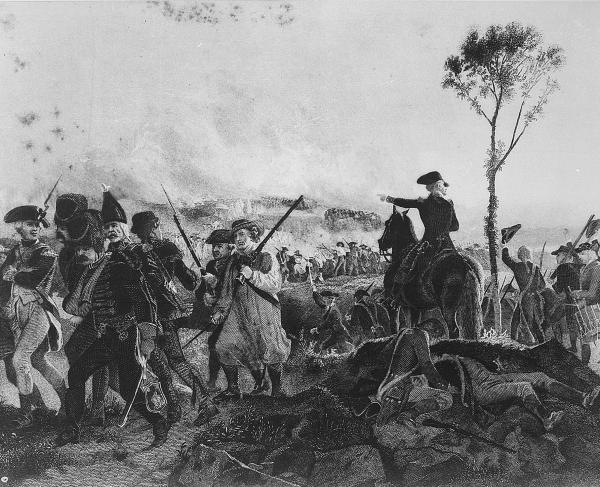 In the summer of 1777, Gen. John Burgoyne’s army moved south from Canada as part of the overall British strategy to divide New England from the rest... 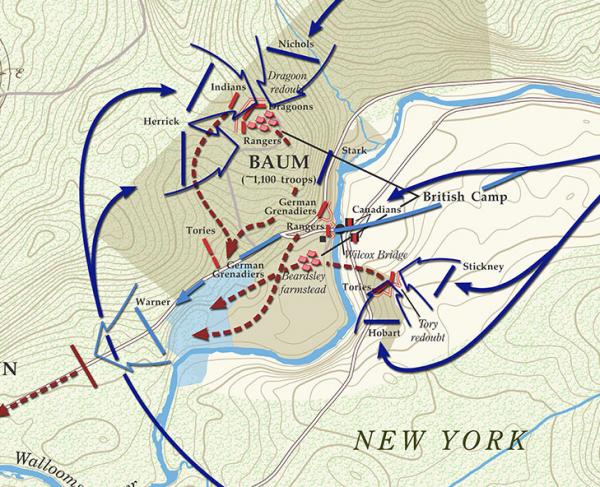 BATTLE MAP | The American Battlefield Trust’s map of the Revolutionary War Battle of Bennington on August 16, 1777. 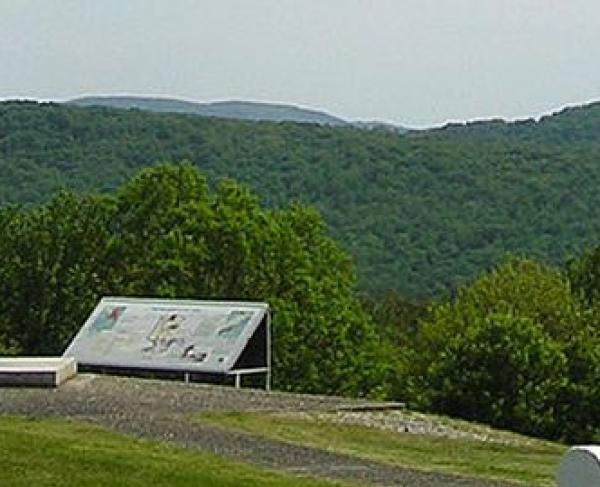