(Shepherdstown, W.Va.) – The Civil War battles fought in western Maryland and the West Virginia panhandle 158 years ago this month were some of the most consequential in American history and, thanks to a recent preservation success, their stories can be told more fully than ever before. Over the summer, the American Battlefield Trust and the Jefferson County Farmland Protection Board (JCFPB) partnered with the U.S. Department of Agriculture’s Agricultural Land Easement Program to place a conservation easement on 278 acres that figured prominently into the Battle of Shepherdstown, the most significant engagement of the contested Confederate retreat following the Battle of Antietam. The permanent easement is held by the JCFPB, which will also steward the site. The joint project represents the largest-acreage property protected at Shepherdstown yet.

“The Trust is thrilled to have been a part of the protection of the Borden Farm at Shepherdstown,” said Trust President Jim Lighthizer. “That engagement, the final clash of the Antietam Campaign, represents a critical moment in the Civil War’s progress. And I believe that this activity, representing the largest single acreage yet protected on this important battlefield, will also become a noteworthy moment in the story of its preservation.”

Highlighting the project’s multifaceted significance, JCFPB director Elizabeth Wheeler added, “With the addition of the Borden Farm, we have made a substantial step towards our vision of protecting Jefferson County’s remaining productive agricultural soils and water resources. While the protection of Jefferson County’s local farms is vital for the healthy food they provide and the diverse economy they support, the success at Borden Farm goes beyond -- as it also helps protect the county’s historic landscapes.”

Still reeling from the fighting in what remains America’s deadliest day, the September 17 Battle of Antietam, the Union and Confederate armies clashed again at the Battle of Shepherdstown on September 19, 1862. Elements of Union Maj. Gen. Fitz John Porter’s V Corps pushed across the Potomac River at Boteler’s Ford and struck the Confederate rearguard commanded by Brig. Gen. William Pendleton. Early the next day, Porter pushed elements of two divisions across the Potomac River again to establish a bridgehead. Confederate Maj. Gen. A. P. Hill's division counterattacked as many of the Union soldiers were crossing the river, inflicting heavy casualties and nearly annihilating the 118th Pennsylvania. It is the land saved at Borden Farm that marks Hill’s position during the engagement.

Ultimately, the counterattack issued by Hill’s division was the root cause of Union forces not having further pursued Gen. Robert E. Lee’s defeated Army of Northern Virginia, ending the Maryland Campaign of 1862. Exasperated and disappointed in Maj. Gen. George B. McClellan’s inaction following Antietam, President Lincoln later relieved him of his command over the Army of the Potomac.

The Trust announced fundraising efforts to preserve the Borden Farm last autumn, in conjunction with other properties at Bentonville, N.C., Chattanooga, Tenn., and White Oak Road, Va. Victory was also declared at the Tennessee property, which includes the 1803 Brown’s Tavern, which was also a notable landmark on the sad chapter in our nation’s history known as the Trail of Tears, this month. When taken together with previous activities, the Trust has now protected 621 acres at Shepherdstown. 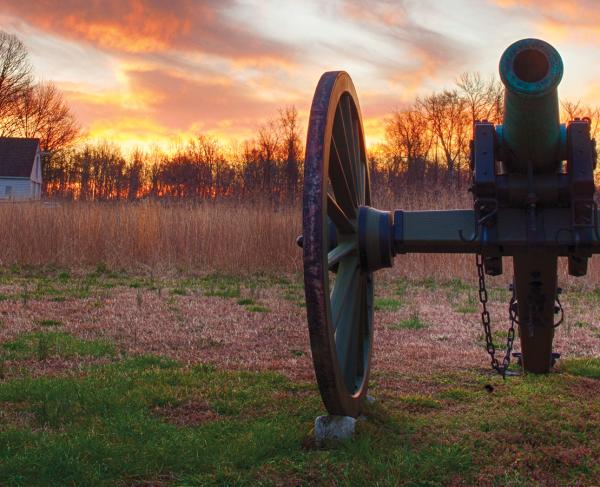