“As both the Secretary of the Interior and a military veteran, I’m deeply honored and humbled to deliver the donation to Antietam National Battlefield on behalf of President Trump,” stated Secretary Zinke.  “Visiting the hallowed ground the day after Independence Day is incredibly moving and it underscores the importance of why we must preserve these historic grounds.”

“It is a privilege to be standing here today with Secretary Zinke on one of America’s most famous battlegrounds,” noted Lighthizer, whose interest in battlefield preservation was kindled by visits to Antietam.  “We are proud of our long-standing partnership with the Department of the Interior to protect America’s endangered battlefield parks, and we look forward to working with President Trump and Secretary Zinke to preserve these irreplaceable national treasures.”

President Trump’s donation of $78,333 for national battlefield park maintenance, first announced in April, will benefit two important restoration projects at Antietam:  preservation of the historic Newcomer House near the Middle Bridge site on the battlefield, and replacement of 5,000 linear feet of deteriorated rail fencing along the Hagerstown Turnpike where some of the most intense fighting of the battle occurred.  The President’s gift will be matched by a $185,880 donation from the Civil War Trust, the National Park Foundation, and the Save Historic Antietam Foundation, an outstanding local nonprofit involved in preservation at Antietam for more than three decades.  Representatives of all three organizations presented a ceremonial check to Secretary Zinke and Superintendent Trail during the news conference.

“As a place where wounded soldiers found much-needed care after the battle, the historic Newcomer House is vital to the story of Antietam,” Shafroth said. “The National Park Foundation is honored to work with President Trump, the Civil War Trust, the Save Historic Antietam Foundation, and generous donors to preserve the site so that current and future generations can experience first-hand this incredible piece of history.”

In addition to announcing President Trump’s donation, Secretary Zinke also announced $7.2 million in American Battlefield Land Acquisition Grants to protect 1,200 acres of hallowed ground at 19 battlefields throughout the country.  This federal matching grants program, which encourages state and private sector investment in battlefield preservation, is administered by the American Battlefield Protection Program, a bureau within the National Park Service that promotes preservation and maintenance of historic battlefield sites.  Since the American Battlefield Land Acquisition Grants Program was created in 1999, it has been used to save more than 28,500 acres of hallowed ground associated with the Revolutionary War, War of 1812 and Civil War.

Secretary Zinke indicated that today’s announcements are part of a renewed commitment by the Department of the Interior to preserve important historic sites and address the maintenance backlog at national parks.  The Department estimates there is $12 billion in deferred maintenance at NPS sites, including $229 million at the 25 battlefield parks in the National Park System.  According to Superintendent Trail, “Sites across the National Park System are sorely in need of maintenance aid, and we are glad to have this additional support at Antietam.  I hope today’s announcement sends a message of commitment to our sister parks around the country.”

About the Civil War Trust

The Civil War Trust is a national nonprofit land preservation organization devoted to the protection of America’s battlegrounds.  Although primarily focused on the acquisition of Civil War battlefields, through its Campaign 1776 initiative, the Trust also seeks to save battlefields connected with the Revolutionary War and War of 1812.  To date, the Trust has preserved more than 46,000 acres of battlefield land in 24 states, including 1,300 acres of hallowed ground associated with the 1862 Antietam Campaign.  Learn more at Civilwar.org.

About the National Park Foundation 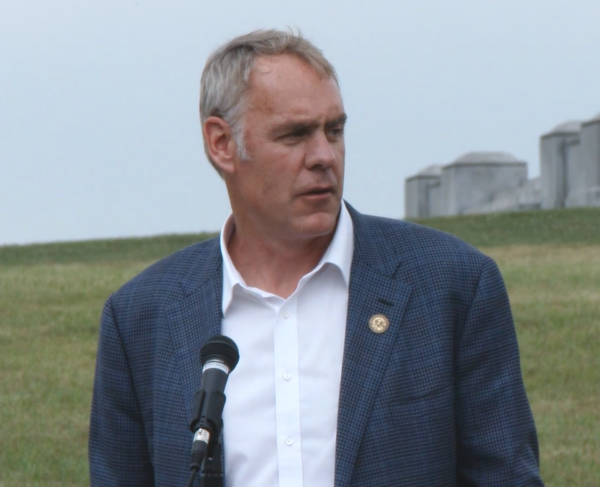 U.S. Secretary of the Interior Ryan Zinke at Antietam