(Brandy Station Battlefield, Va.) — In action unseen on the site since 1863, cavalry troopers will sweep across the heart of Virginia’s Brandy Station battlefield on Saturday, Sept. 30, then mingle with young onlookers during a family-friendly “Generations” event hosted by the Civil War Trust.

More than one-hundred attendees are expected to join uniformed, living historians on horseback to participate in the “Cavalry Charge at Brandy Station!” program, an unparalleled chance for adults to share their interest in American history with daughters and sons, grandkids, nieces and nephews, neighbors and friends.

Participants must register in advance at civilwar.org/events/cavalry-charge-brandy-station. All attendees are asked to bring a young person with them and to dress appropriately for an outdoor event.

For the first time since the June 9, 1863 battle of Brandy Station, mounted Union and Confederate cavalrymen will pound up and down Fleetwood Hill. Onlookers will stand just yards away. Participants will see how horsemen maneuver in line of battle, try using a saber, and learn how to respond to bugle calls. A few fortunate youths will be invited to don uniforms of their choice and experience the battlefield on horse.

Fleetwood Hill has been open to the public since October 2015, when the Trust acquired 56 acres on its southern crest, which saw the heaviest action in the largest cavalry battle ever fought in North America.

WHAT: “Cavalry Charge at Brandy Station!”: a Generations event at Fleetwood Hill

WHO:  Uniformed living historians on horseback, along with historians Clark B. Hall, Garry Adelman, and Kristopher White

WHERE: Fleetwood Hill, 20362 Fleetwood Heights Road, Culpeper, VA. Just north of U.S. 29 near the village of Brandy Station and its wartime Graffiti House, which is open to the public. Parking onsite.

The Civil War Trust is a national nonprofit land preservation organization devoted to the protection of America’s hallowed battlegrounds. It protects the battlefields of the Civil War, the Revolutionary War and War of 1812, and educates the public about their importance in forging the nation we are today. To date, the Trust has preserved over 46,000 acres of battlefield land in 24 states, including 2,159 acres at Brandy Station. Learn more at www.civilwar.org. 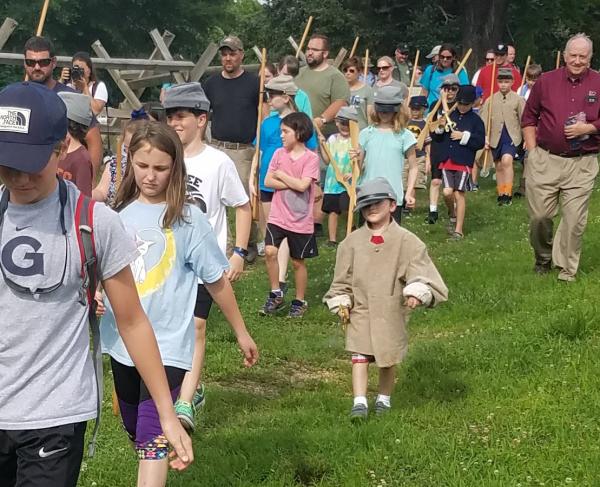