The Liberty Trail, launched in 2019, is a network of historic sites that will bring to life South Carolina’s Revolutionary War history. The partnership is working to acquire and ensure permanent protection of battlefield sites and to provide interpretation through onsite signage, a mobile app, and other digital tools.

“South Carolina’s contributions to securing our country’s independence are often overlooked, yet nearly every county of the state played a significant role,” commented David Duncan, president, American Battlefield Trust. “Support from The Darla Moore Foundation not only provides much needed funding to further our efforts, but it also demonstrates that our work is endorsed by one of South Carolina’s most prominent philanthropists. We hope this grant inspires other foundations, businesses, and individuals to support this important project.”

To date, more than $9.7 million of The Liberty Trail’s projected $15 million need has been secured, directly contributing to the preservation of 650 acres at six battlefield sites in five South Carolina counties. Once completed, The Liberty Trail is expected to draw nearly 100,000 new visits, annually, to constituent sites. Based on research by the National Park Service and American Battlefield Trust, preserved park lands provide demonstrable economic impact. More information on how battlefield preservation is a proven economic engine for surrounding communities is available at www.battlefields.org/preserve/battlefields-mean-business.

“Interpreting the important Revolutionary War history of our state provides an opportunity for rural communities to share the wealth of the state’s robust tourism industry. The Pee Dee region, the home of our foundation, has many important sites,” commented Harry Lesesne, executive director, The Darla Moore Foundation. “We are honored to partner with local, state, and federal partners, as well as individuals and foundations across South Carolina and beyond to bring The Liberty Trail to life.”

“South Carolina’s Revolutionary War history is largely unknown,” commented Doug Bostick, executive director, South Carolina Battleground Preservation Trust. “By protecting and interpreting these sites, we are unlocking incredible stories of our state’s notable contributions to the cause of liberty.”

The Liberty Trail’s long-term vision extends to nearly every South Carolina county, with a goal of creating a statewide destination as commemorations of the country’s 250th anniversary begin in 2026. To learn more about how you can support The Liberty Trail, visit www.thelibertytrail.org.

The Liberty Trail: The Southern Campaigns of the Revolutionary War 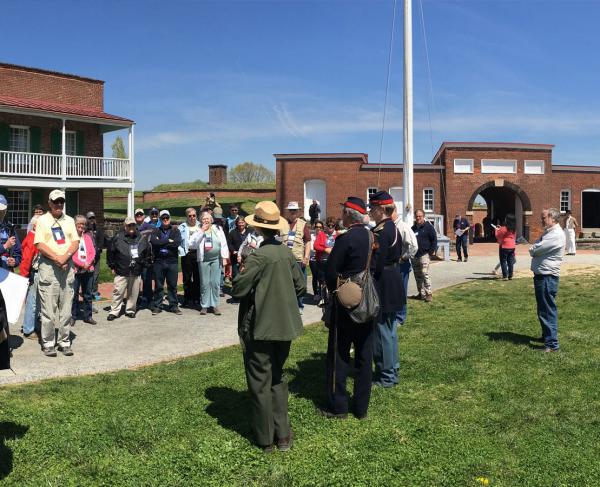