(Winchester, Va.) – During ceremonies this morning at Kernstown battlefield, the Civil War Trust joined with Shenandoah Valley preservation leaders to announce the protection of 73 acres at key sections of the battlefield.  Announced on the 155th anniversary of the First Battle of Kernstown, this newly preserved land will enhance the existing park and enable visitors to better understand the March 1862 and July 1864 struggles at Kernstown, as well as the strategic importance of the Valley during the Civil War.

“Kernstown battlefield witnessed the launch of two critical military campaigns in the Shenandoah Valley, where more than 35,000 brave soldiers engaged in fighting,” said Trust President James Lighthizer. “We are grateful to have dedicated partners in the region who recognize the importance of protecting and interpreting this hallowed ground.”

The 37-acre Sandy Ridge tract – which saw heavy fighting and served as an important Confederate artillery position during the First Battle of Kernstown – was purchased using grants from the National Park Service’s American Battlefield Protection Program (ABPP) and the Virginia Battlefield Preservation Fund, as well as a generous contribution from the Kernstown Battlefield Association. Situated adjacent to land preserved by the Museum of the Shenandoah Valley, the Sandy Ridge property was planned for residential housing development, until the former landowner chose to sell the acreage to the Trust for preservation.

A second, 36-acre tract sits south of Pritchard’s Farm, ground that was bloodied by fighting during the Battles of First and Second Kernstown and served as a Civil War encampment site, headquarters and hospital. Located next to the existing Kernstown battlefield park, the parcel also utilized ABPP and Virginia grant funding. The protection of both the Sandy Ridge and Pritchard’s Farm properties would not have been possible without generous private donations from Civil War Trust members received during a national fundraising campaign launched in 2015.

“The preservation of this hallowed ground creates exciting new interpretive opportunities for the battlefield park, as we work to create a permanent and engaging place to tell the story of the Shenandoah Valley during the war,” said Kernstown Battlefield Association President Steve Vaughn. Ultimately, both properties will be transferred to the Association, which currently stewards about 350 acres of core battlefield land.

The Kernstown battlefield is part of a chain of historic sites that commemorate the Shenandoah Valley’s famous military history. Thomas J. “Stonewall” Jackson’s small army marched some 650 miles and earned five key victories for the Confederacy during his famous 1862 Valley Campaign. In 1864, Philip Sheridan launched a bloody campaign with his Federal Army of the Shenandoah that weakened Southern forces while Ulysses S. Grant kept Robert E. Lee occupied at Petersburg.

The tiny wartime hamlet of Kernstown witnessed the start of Stonewall Jackson's legendary campaign through the Shenandoah Valley in 1862. Attempting to tie down Union forces, Jackson received incorrect intelligence that a small Union detachment at Kernstown was vulnerable. Jackson attacked on March 23, 1862, but the vastly outnumbered Confederates were driven from the field. Although the battle was a tactical defeat for Jackson, it was a strategic victory for the South, preventing the Union from transferring forces from the Valley to reinforce George McClellan’s Army of the Potomac in its Peninsula Campaign against Richmond.

Two years later – July 24, 1864 – Jubal Early attacked the Federal force at Kernstown, fighting on the same ground that was contested in 1862. However, this time it was the Confederates who drove three Union divisions from the field. The decisive Southern victory prompted Philip Sheridan to take command of the Union Army of the Shenandoah and begin his advance through the Valley.

The Civil War Trust is the premier nonprofit organization devoted to the preservation of America’s hallowed battlegrounds. Although primarily focused on the protection of Civil War battlefields, through its Campaign 1776 initiative, the Trust also seeks to save the battlefields connected to the Revolutionary War and War of 1812.  To date, the Trust has preserved 45,000 acres of battlefield land in 23 states, including 388 acres at Kernstown and more than 23,000 acres in Virginia. 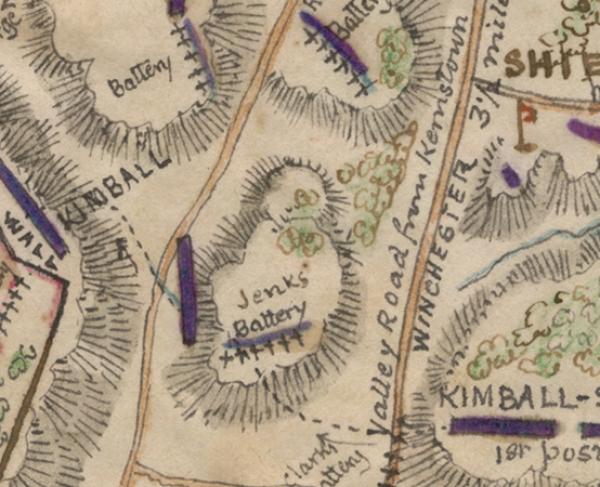