Shortly after the Battle of Gettysburg, Abraham Lincoln composed a letter to General George Meade in which he expressed profound disappointment in Meade's inability to pursue and destroy Robert E. Lee's army.  Lincoln did not send the letter--writing such correspondence and storing it away was a favorite coping mechanism of his.

I have just seen your despatch to Gen. Halleck, asking to be relieved of your command, because of a supposed censure of mine-- I am very -- very -- grateful to you for the magnificent success you gave the cause of the country at Gettysburg; and I am sorry now to be the author of the slightest pain to you-- But I was in such deep distress myself that I could not restrain some expression of it-- I had been oppressed nearly ever since the battles at Gettysburg, by what appeared to be evidences that your self, and Gen. Couch, and Gen. Smith, were not seeking a collision with the enemy, but were trying to get him across the river without another battle. What these evidences were, if you please, I hope to tell you at some time, when we shall both feel better. The case, summarily stated is this. You fought and beat the enemy at Gettysburg; and, of course, to say the least, his loss was as great as yours-- He retreated; and you did not; as it seemed to me, pressingly pursue him; but a flood in the river detained him, till, by slow degrees, you were again upon him. You had at least twenty thousand veteran troops directly with you, and as many more raw ones within supporting distance, all in addition to those who fought with you at Gettysburg; while it was not possible that he had received a single recruit; and yet you stood and let the flood run down, bridges be built, and the enemy move away at his leisure, without attacking him. And Couch and Smith! The latter left Carlisle in time, upon all ordinary calculation, to have aided you in the last battle at Gettysburg; but he did not arrive-- More At the end of more than ten days, I believe twelve, under constant urging, he reached Hagerstown from Carlisle, which is not an inch over fifty-five miles, if so much. And Couch's movement was very little different--

Again, my dear general, I do not believe you appreciate the magnitude of the misfortune involved in Lee's escape-- He was within your easy grasp, and to have closed upon him would, in connection with the our other late successes, have ended the war-- As it is, the war will be prolonged indefinitely. If you could not safely attack Lee last Monday, how can you possibly do so South of the river, when you can take with you very few more then two thirds of the force you then had in hand? It would be unreasonable to expect, and I do not expect you can now effect much. Your golden opportunity is gone, and I am distressed immeasurably because of it--

I beg you will not consider this a prosecution, or persecution of yourself-- As you had learned that I was dissatisfied, I have thought it best to kindly tell you why.

[ Endorsed on Envelope by Lincoln:] 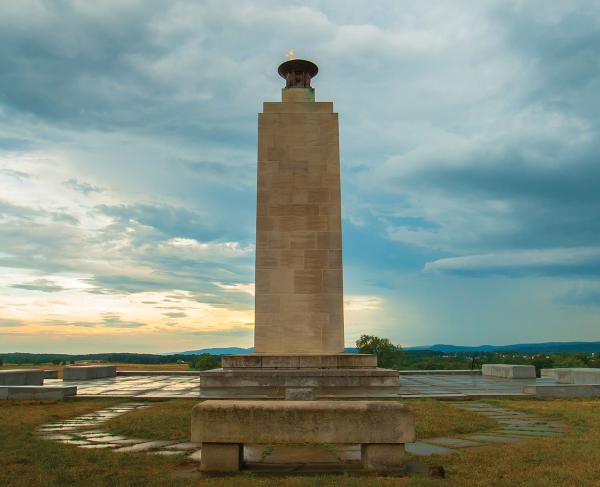