COMRADES: The hour is at hand when we must separate forever, and nothing can take from us the pride we feel, when we look upon the history of the 'First South Carolina Volunteers,' the first black regiment that ever bore arms in defense of freedom on the continent of America.

On the 9th day of May, 1862, at which time there were nearly four millions of your race in bondage, sanctioned by the laws of the land and protected by our flag,--on that day, in the face of the floods of prejudice that well-nigh deluged every avenue to manhood and true liberty, you came forth to do battle for your country and kindred.

For long and weary months, without pay or even the privilege of being recognized as soldiers, you labored on, only to be disbanded and sent to your homes without even a hope of reward, and when our country, necessitated by the deadly struggle with armed traitors, finally granted you the opportunity again to come forth in defense of the nation's life, the alacrity with which you responded to the call gave abundant evidence of your readiness to strike a manly blow for the liberty of your race. And from that little band of hopeful, trusting, and brave men who gathered at Camp Saxton, on Port Royal Island, in the fall of '62, amidst the terrible prejudices that surrounded us, has grown an army of a hundred and forty thousand black soldiers, whose valor and heroism has won for your race a name which will live as long as the undying pages of history shall endure; and by whose efforts, united with those of the white man, armed rebellion has been conquered, the millions of bondsmen have been emancipated, and the fundamental law of the land has been so altered as to remove forever the possibility of human slavery being established within the borders of redeemed America. The flag of our fathers, restored to its rightful significance, now floats over every foot of our territory, from Maine to California, and beholds only free men! The prejudices which formerly existed against you are well-nigh rooted out.

Soldiers, you have done your duty and acquitted yourselves like men who, actuated by such ennobling motives, could not fail; and as the result of your fidelity and obedience you have won your freedom, and oh, how great the reward! It seems fitting to me that the last hours of our existence as a regiment should be passed amidst the unmarked graves of your comrades, at Fort Wagner. Near you rest the bones of Colonel Shaw, buried by an enemy's hand in the same grave with his black soldiers who fell at his side; where in the future your children's children will come on pilgrimages to do homage to the ashes of those who fell in this glorious struggle.

The flag which was presented to us by the Rev. George B. Cheever and his congregation, of New York city, on the 1st of January, 1863,--the day when Lincoln's immortal proclamation of freedom was given to the world,--and which you have borne so nobly through the war, is now to be rolled up forever and deposited in our nation's capital. And while there it shall rest, with the battles in which you have participated inscribed upon its folds, it will be a source of pride to us all to remember that it has never been disgraced by a cowardly faltering in the hour of danger, or polluted by a traitor's touch.

Now that you are to lay aside your arms, I adjure you, by the associations and history of the past, and the love you bear for your liberties, to harbor no feelings of hatred toward your former masters, but to seek in the paths of honesty, virtue, sobriety, and industry, and by a willing obedience to the laws of the land, to grow up to the full stature of American citizens. The church, the school-house, and the right forever to be free are now secured to you, and every prospect before you is full of hope and encouragement. The nation guarantees to you full protection and justice, and will require from you in return that respect for the laws and orderly deportment which will prove to every one your right to all the privileges of freemen. To the officers of the regiment I would say, your toils are ended, your mission is fulfilled, and we separate forever. The fidelity, patience, and patriotism with which you have discharged your duties to your men and to your country entitle you to a far higher tribute than any words of thankfulness which I can give you from the bottom of my heart. You will find your reward in the proud conviction that the cause for which you have battled so nobly has been crowned with abundant success.

Officers and soldiers of the 33d U. S. Colored Troops, once the First So. Carolina Volunteers, I bid you all farewell!

Source:  Reminiscences of My Life in Camp with the 33rd US Colored Troops, Late 1st SC Volunteers,
by Susie King Taylor
- Mustering Out of the Service 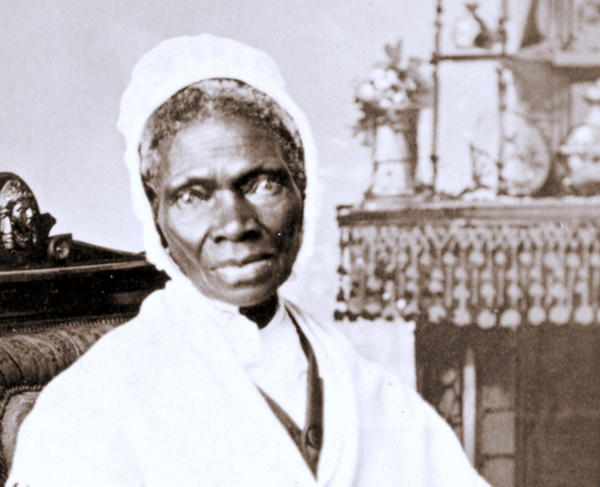 The Narrative of Sojourner Truth