The battle of "Dead Angle," was fought June 27th, on the Kennesaw line, near Marietta, Georgia.  It was one of the hottest and longest days of the year, and one of the most desperate and determinedly resisted battles fought during the whole war.  Our regiment was stationed on an angle, a little spur of the mountain…and was subject to the enfilading fire of forty pieces of artillery of the Federal batteries. It seemed fun for the guns of the whole Yankee army to play upon this point.

Well, on the fatal morning of June 27th…as the sun began to mount toward the zenith, everything became quiet, and no sound was heard save a peckerwood on a neighboring tree, tapping on its old trunk, trying to find a worm for his dinner.  We all knew it was but the dead calm that precedes the storm.  On the distant hills we could plainly see officers dashing about hither and thither, and the Stars and Stripes moving to and fro, and we knew the Federals were making preparations for the mighty contest.  We could hear…the rumbling sound of heavy guns, and the distant tread of a marching army, as a faint roar of the coming storm, which was soon to break the ominous silence with the sound of conflict, such as was scarcely ever before heard on this earth.

It seemed that the archangel of Death stood and looked on with outstretched wings, while all the earth was silent, when all at once a hundred guns from the Federal line opened upon us, and for more than an hour they poured their solid and chain shot, grape and shrapnel right upon this…point, defended by our regiment alone, when, all of a sudden, our pickets jumped into our works and reported the Yankees advancing, and almost at the same time a solid line of blue coats came up the hill. I discharged my gun, and happening to look up, there was the beautiful flag of the Stars and Stripes flaunting right in my face, and I heard John Branch, of the Rock City Guards, commanded by Captain W. D. Kelly, who were next Company H, say, "Look at that Yankee flag; shoot that fellow; snatch that flag out of his hand!"

My pen is unable to describe the scene of carnage and death that ensued in the next two hours. Column after column of Federal soldiers were crowded upon that line…but no sooner would a regiment mount our works than they were shot down or surrendered…

Yet still the Yankees came. It seemed impossible to check the onslaught, but every man was true to his trust, and seemed to think that at that moment the whole responsibility of the Confederate government was rested upon his shoulders.  Talk about other battles, victories, shouts, cheers, and triumphs, but in comparison with this day's fight, all others dwarf into insignificance.  The sun beaming down on our uncovered heads, the thermometer being one hundred and ten degrees in the shade, and a solid line of blazing fire right from the muzzles of the Yankee guns being poured right into our very faces, singeing our hair and clothes, the hot blood of our dead and wounded spurting on us, the blinding smoke and stifling atmosphere filling our eyes and mouths, and the awful concussion causing the blood to gush out of our noses and ears, and above all, the roar of battle, made it a perfect pandemonium.  Afterward I heard a soldier express himself by saying that he thought "Hell had broke loose in Georgia, sure enough."

I have heard men say that if they ever killed a Yankee during the war they were not aware of it.  I am satisfied that on this memorable day, every man in our regiment killed…. from twenty to one hundred each.  All that was necessary was to load and shoot.  In fact, I will ever think that the reason they did not capture our works was the impossibility of their living men passing over the bodies of their dead.  The ground was piled up with one solid mass of dead and wounded Yankees….

We remained here three days after the battle.  In the meantime the woods had taken fire, and during the nights and days of all that time continued to burn, and at all times, every hour of day and night, you could hear the shrieks and screams of the poor fellows who were left on the field, and a stench, so sickening as to nauseate the whole of both armies, arose from the decaying bodies of the dead left lying on the field.

On the third morning the Yankees raised a white flag, asked an armistice to bury their dead, not for any respect either army had for the dead, but to get rid of the sickening stench.  I get sick now when I happen to think about it.  Long and deep trenches were dug, and hooks made from bayonets crooked for the purpose, and all the dead were dragged and thrown pell mell into these trenches.  Nothing was allowed to be taken off the dead, and finely dressed officers, with gold watch chains dangling over their vests, were thrown into the ditches.  During the whole day both armies were hard at work, burying the Federal dead….

After we had abandoned the line, and on coming to a little stream of water, I undressed for the purpose of bathing, and after undressing found my arm all battered and bruised and bloodshot from my wrist to my shoulder, and as sore as a blister.  I had shot one hundred and twenty times that day.  My gun became so hot that…I had frequently to exchange my gun for that of a dead comrade….

When the Yankees fell back, and the firing ceased, I never saw so many broken down and exhausted men in my life. I was as sick as a horse, and as wet with blood and sweat as I could be, and many of our men were vomiting with excessive fatigue, over-exhaustion, and sunstroke; our tongues were parched and cracked for water, and our faces blackened with powder and smoke, and our dead and wounded were piled indiscriminately in the trenches.  There was not a single man in the company who was not wounded, or had holes shot through his hat and clothing….

I had just discharged the contents of my gun into the bosoms of two men, one right behind the other, killing them both, and was re-loading, when a Yankee rushed upon me, having me at a disadvantage, and said, "You have killed my two brothers, and now I've got you." Everything I had ever done rushed through my mind.  I heard the roar, and felt the flash of fire, and saw my more than friend, William A. Hughes, grab the muzzle of the gun, receiving the whole contents in his hand and arm, and mortally wounding him. Reader, he died for me. In saving my life, he lost his own.

For several nights they made attacks upon our lines, but in every attempt, they were driven back with great slaughter...  I will say that they were men who feared not, nor faltered in their duty. They were men, and today deserve the thanks of the people of the South…..

And, furthermore, in stating the above facts, the half has not been told, but it will give you a faint idea of the hard battles and privations and hardships of the soldiers in that stormy epoch--who died, grandly, gloriously, nobly; dyeing the soil of old mother earth, and enriching the same with their crimson life's blood, while doing what? Only trying to protect their homes and families, their property, their constitution and their laws, that had been guaranteed to them as a heritage forever by their forefathers.  They died for the faith that each state was a separate sovereign government, as laid down by the Declaration of Independence and the Constitution of our fathers. 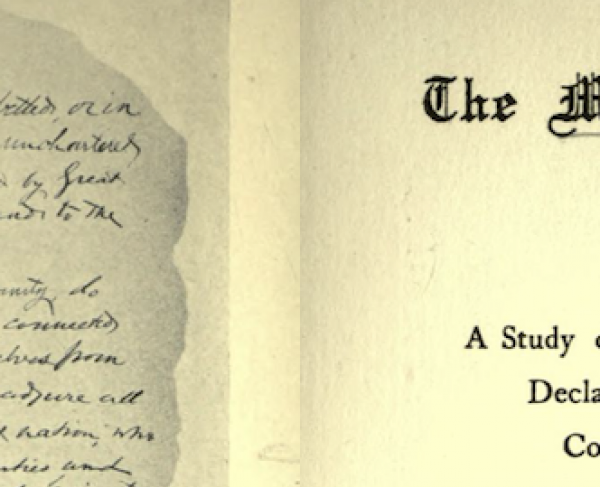