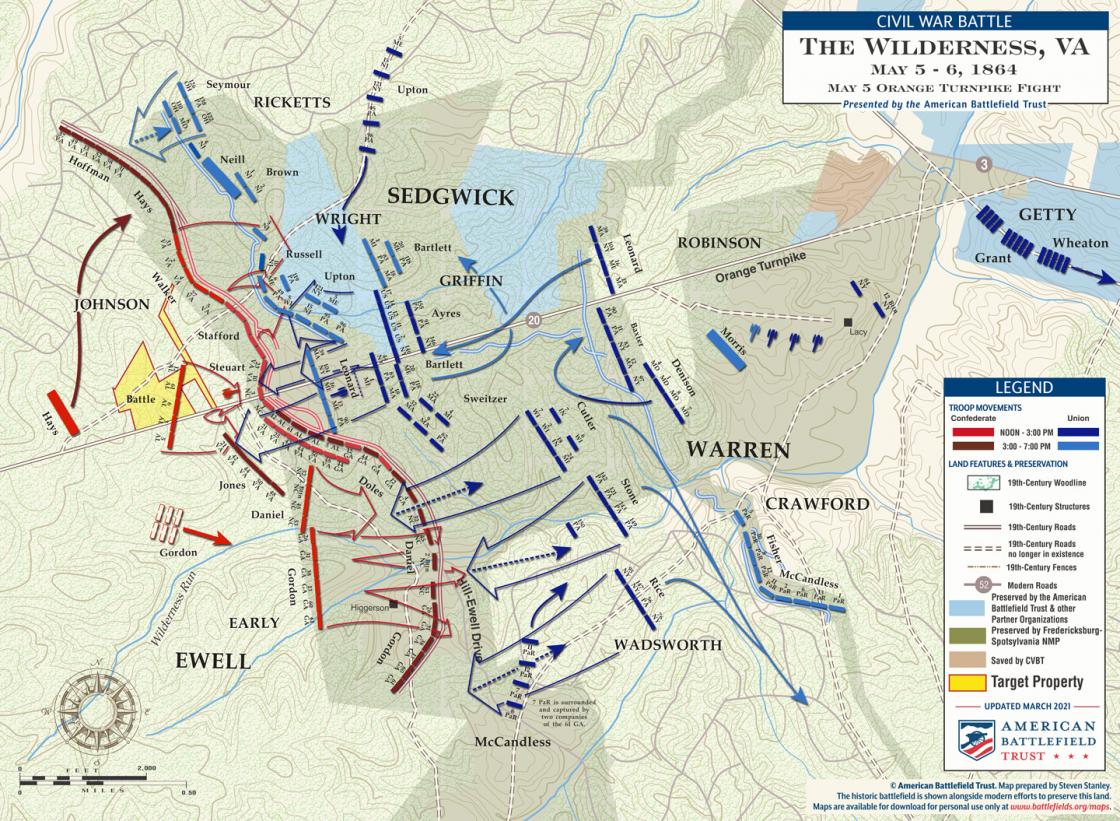 About noon on May 5, 1864, Maj. Gen. Gouverneur K. Warren's lead Union V Corps regiments attacked the Confederate Second Corps of Lt. Gen. Richard S. Ewell positioned on the western edge of a clearing called Saunders Field (where the modern-day Hill-Ewell Drive meets the Orange Turnpike/VA Route 20). It took Warren most of the morning to deploy his widely spread out corps into a line of battle, and even by noon, he failed to create one continuous line. Pressured by Generals Ulysses S. Grant, and George G. Meade to attack, Warren pushed his brigades east-to-west toward the Confederate line.

The Federals attacked on a front more than a mile wide, overlapping both ends of the clearing. North of the Orange Turnpike, the Federals failed to locate the Confederate flank, and Confederate counterattacks drove back the Union right. While in the center of the field, near the road itself, the Federals broke through the Rebel lines, killing Confederate Brig. Gen. John M. Jones. Utilizing nearby reinforcements, swift Confederate counterattacks drove the Federals back through Saunder's Field, as well as to the south at Jones Field and the Higgerson Farm, where the famed Iron and Bucktail Brigades were driven from the field. The heavy fighting ebbed and flowed often dissolving into isolated “bushwhacking” between small units confused by the forest and undergrowth. The VI Corps divisions of Horatio Wright and James Ricketts were sent to Warren’s support. By 3 pm, the heaviest fighting was over in this sector, and the Federals would not seriously threaten another breakthrough in Saunders Field for the remainder of the battle. 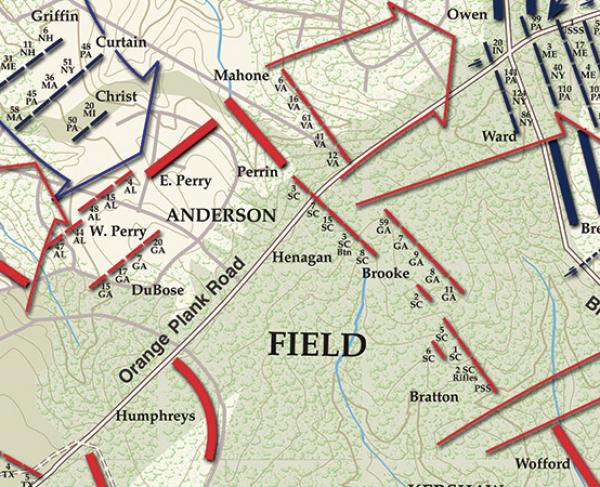