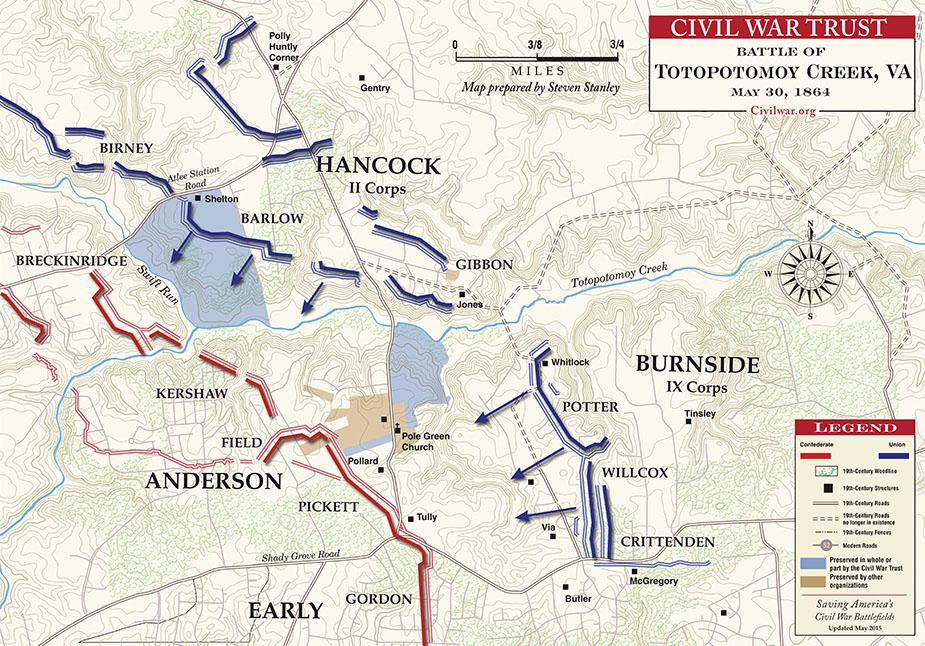 On May 29, 1864, after falling back from the North Anna River, Lee took up a position on the south bank of Totopotomoy Creek, just 12 miles from the Confederate capital. The next day, the II Corps division of Brig. Gen. Francis Barlow forced a crossing near the Shelton family’s Rural Plains estate on the Atlee Station Road. Barlow’s men captured the first line of Confederate trenches but was stopped at the main defensive line. Sarah Shelton and her children refused to leave Rural Plains, and the house was hit several times by Confederate artillery while the family sought shelter in the basement. The home was also used as a signal station and II Corps headquarters.

The Union VI Corps and V Corps pressed forward on the right and left. Maj. Gen. Ambrose Burnside’s IX Corps supported the center near Pole Green Church, but he made no serious attempt to cross the creek. A Confederate artillery round fired at the church to dislodge Burnside’s sharpshooters burned it to the ground. On May 31, both sides pulled back and maneuvered southeast again towards Cold Harbor.