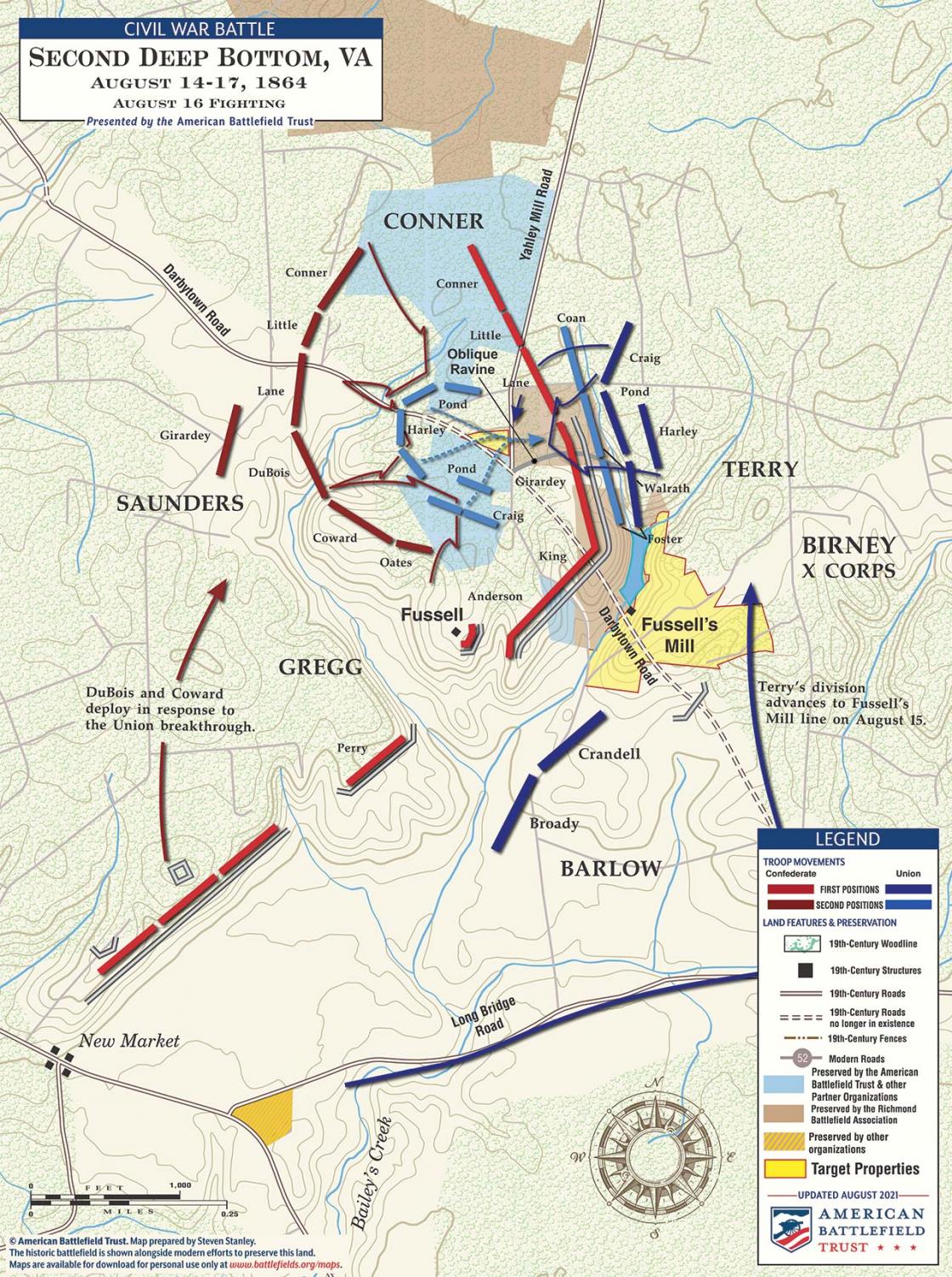 During the night of August 13-14, the Union II Corps, X Corps, and Gregg’s cavalry division, all under command of  Maj. Gen. Winfield Scott Hancock, crossed James River at Deep Bottom to threaten Richmond, coordinating with a movement against the Weldon Railroad at Petersburg. On August 14, the X Corps closed on New Market Heights while the II Corps extended the Federal line to the right along Bailey’s Creek. During the night, the X Corps was moved to the far right flank of the Union line near Fussell’s Mill. On August 16, Union assaults near Fussell’s Mill were initially successful, but Confederate counterattacks drove the Federals out of a line of captured works. Heavy fighting continued throughout the remainder of the day.  Confederate general John Chambliss was killed during cavalry fighting on Charles City Road. After continual skirmishing, the Federals returned to the south side of the James on the 20th, maintaining their bridgehead at Deep Bottom.