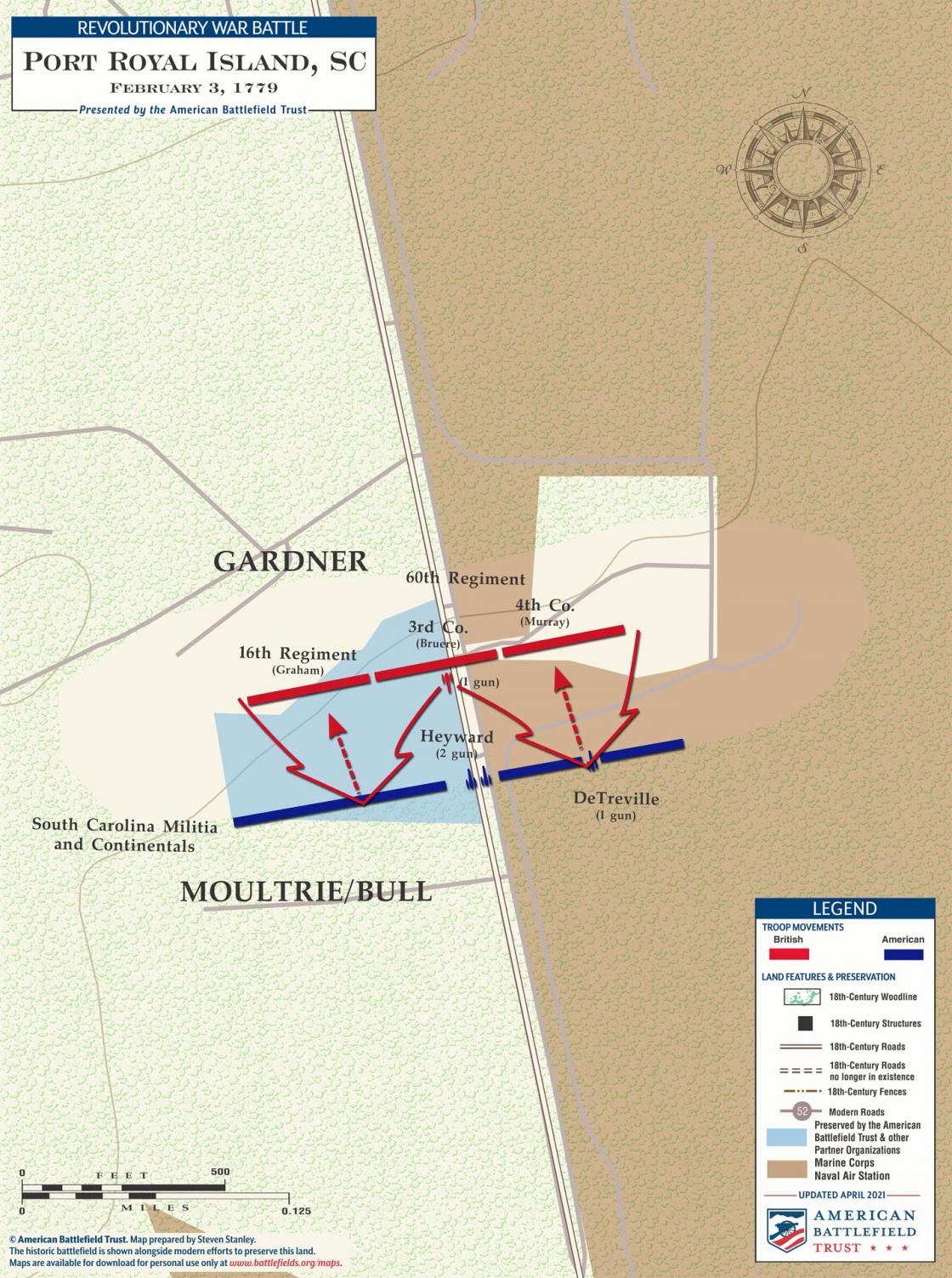 The British high command also elected to establish a base on Port Royal Island, South Carolina,  just north of Savannah. This base could support the British navy, movements through the interior, and potential operations against Charleston, South Carolina.

On February 3, 1779, Maj. James Gardiner went ashore with light infantry from the 16th Regiment of Foot and two battalions from the 60th Regiment of Foot. The following day, American Brig. Gen. William Moultrie, advanced from Beaufort, South Carolina, to meet Gardiner. Moultrie's force consisted of Continental Regulars and militia. Among them were a number of African Americans, a militia unit from Charleston recruited from the city's Jewish population. Additionally, two signers of the Declaration of  Independence, Thomas Heyward, Jr. and Edward Rutledge were in Moultrie's ranks, a unique occurrence in the annals of the American Revolution.

Upon his return to Savannah, Georgia, Gardiner was censured by Maj. Gen. Augustine Prevost for the failure of the expedition. Later in the year, the British repulsed an American effort to recapture Savannah and in the spring of 1780, a British army led by Sir Henry Clinton captured Charleston. 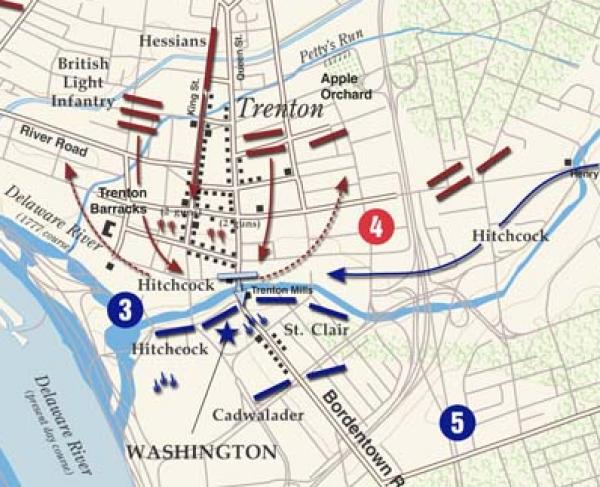 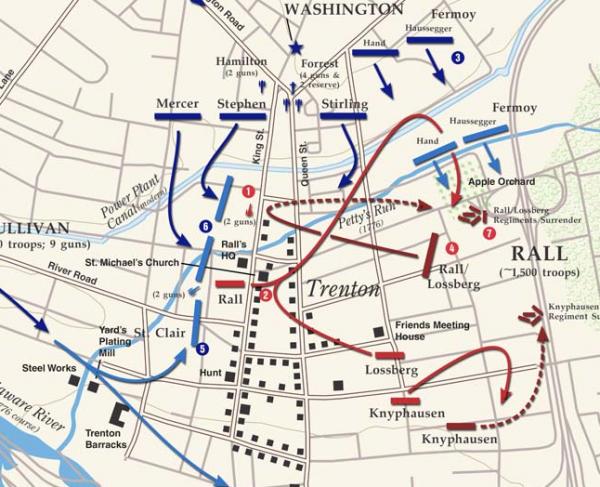