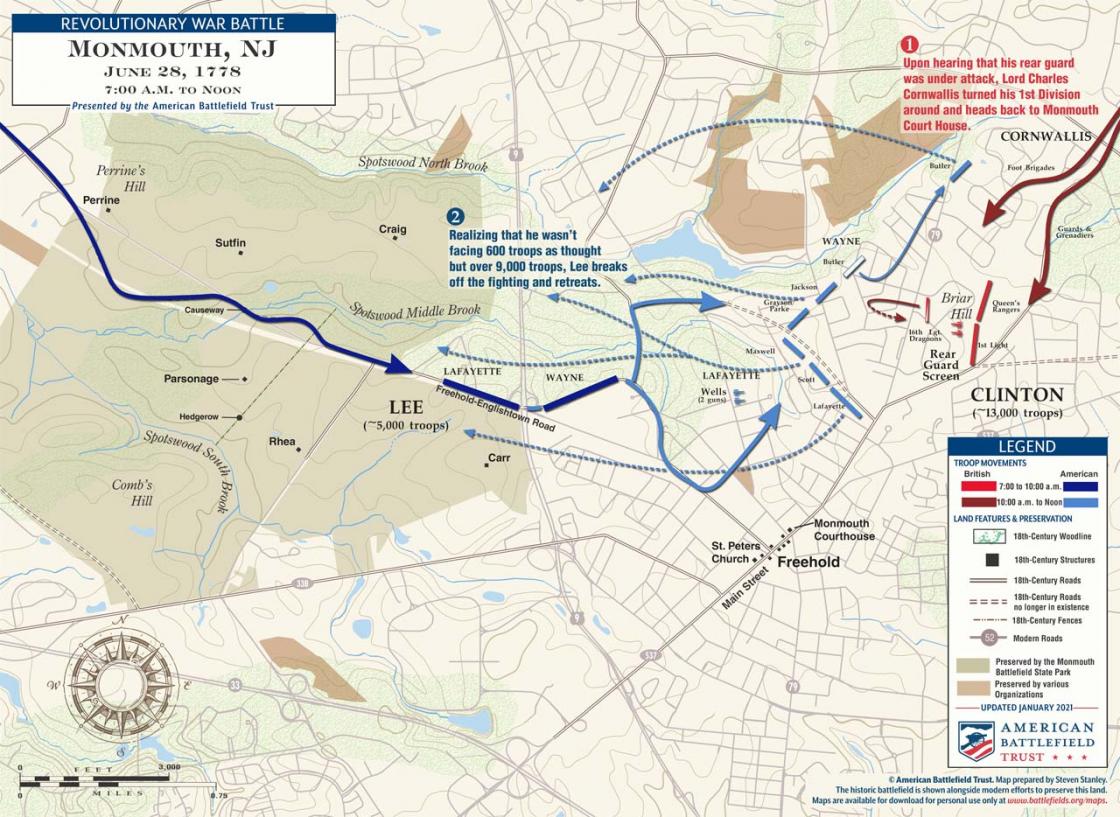 Without reconnoitering the ground, Lee struck the British rearguard under General Charles Lord Cornwallis early on the morning of June 28. General Clinton responded by bringing up the rest of his force. Sensing he was outnumbered, Lee withdrew across a battlefield rutted with steep ravines. Washington arrived on the scene in the midst of a confused retreat and organized a defensive position and summoned American reinforcements. Remembering Bunker Hill, the Redcoats made three bloody charges in the sweltering summer heat, each of which was repulsed. With the sun setting Washington planned to make a counterattack but darkness thwarted his plans. The next morning, the British continued their retreat to Philadelphia. 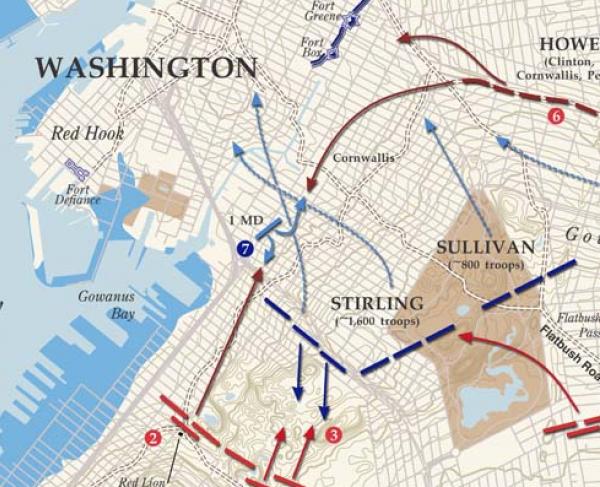 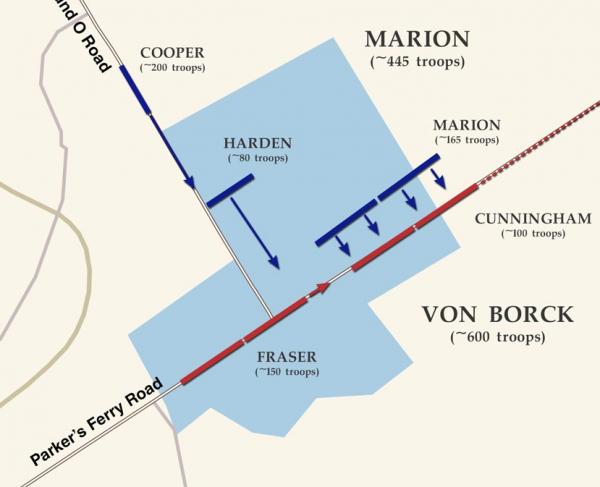