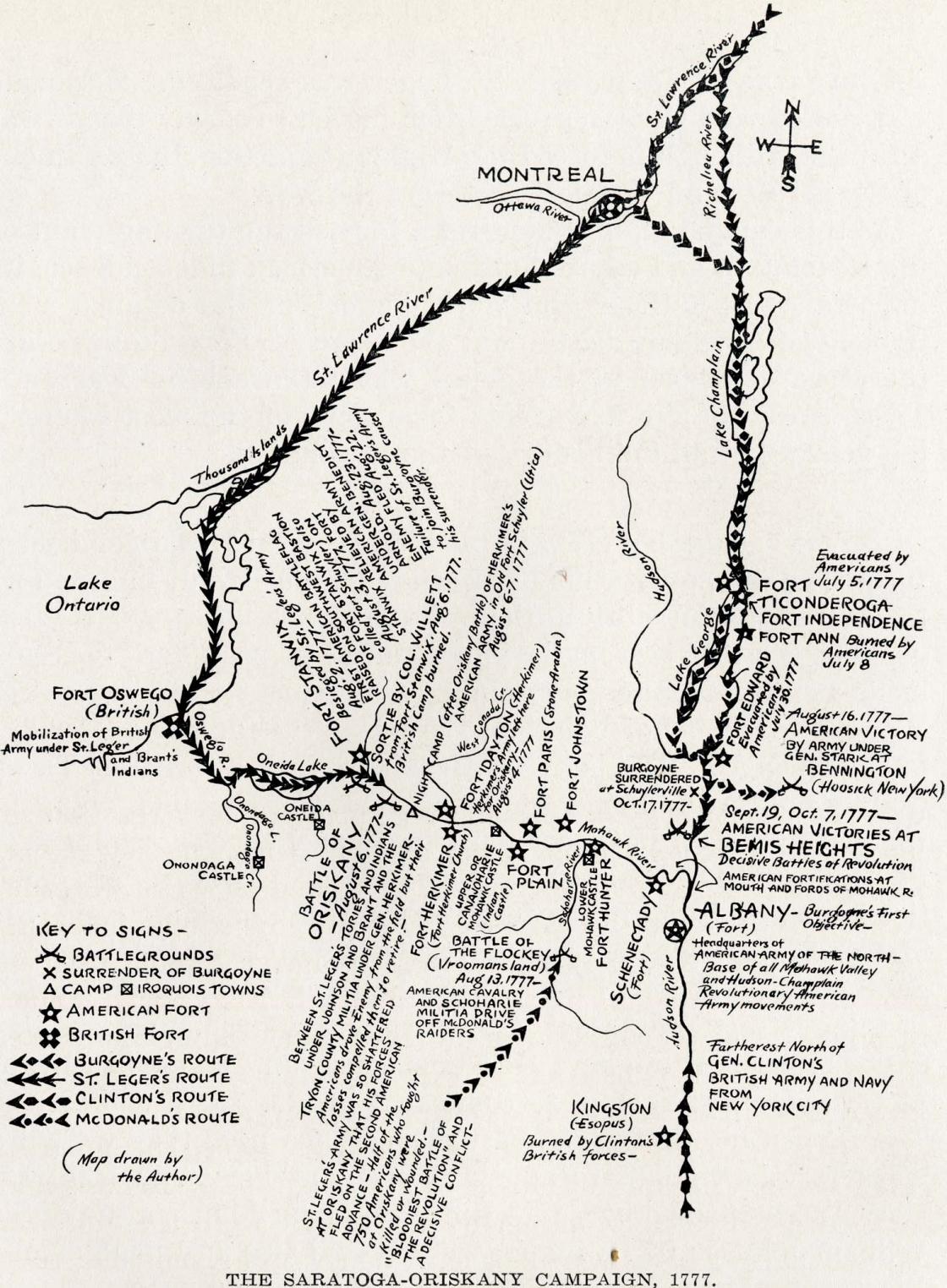 Historic map of The Battle of Oriskany

The Battle of Oriskany was a small but brutal battle fought between British Loyalists (and their Mohawk allies) and American militiamen (and their Oneida allies). Part of the Saratoga Campaign, the battle was critical to the defense of Fort Stanwix. Despite the American defeat, the British losses made capturing Stanwix an impossibility. With Stanwix intact the Mohawk valley was protected, leaving Burgoyne without reinforcements at Saratoga.

Learn More: The Battle of Oriskany