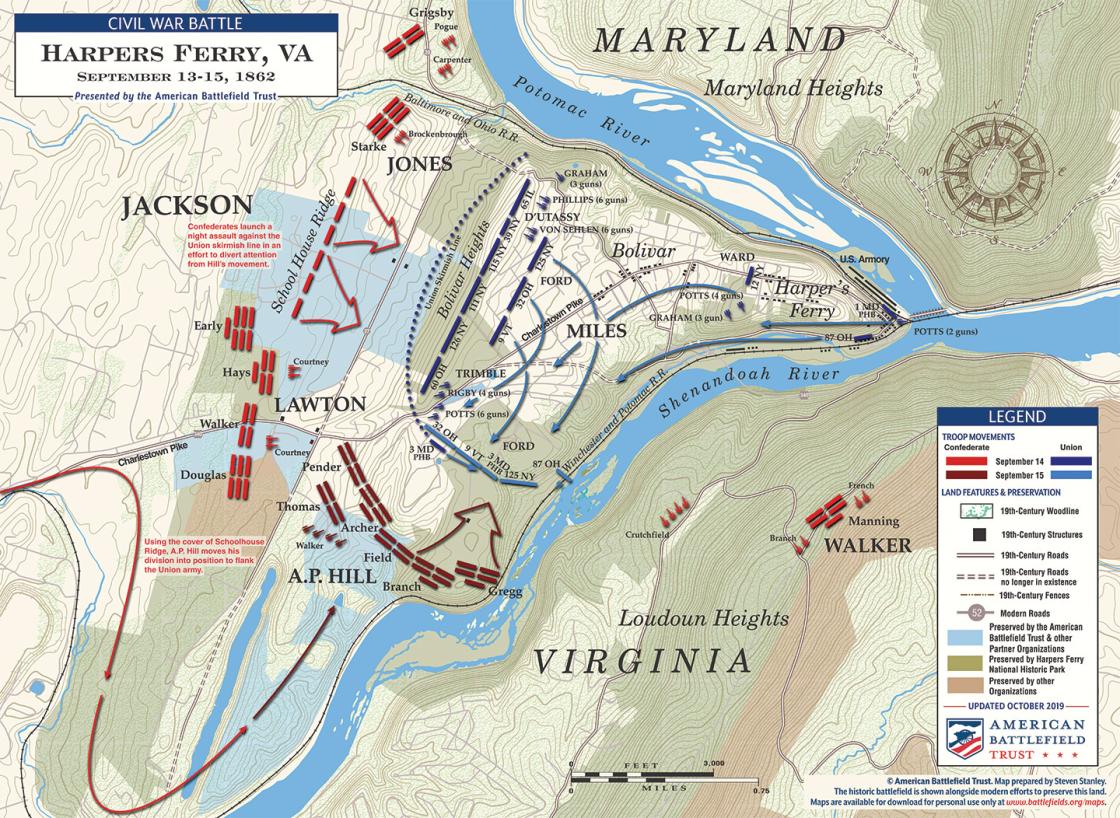 American Battlefield Trust's map of the Battle of Harpers Ferry

In the midst of the 1862 Maryland Campaign, Gen. Robert E. Lee dispatched part of his army to Harpers Ferry, Virginia, (modern-day West Virginia), to engage with a force of more than 12,000 Federals in the Confederate rear area. After a day of Confederate bombardment from the surrounding high ground, Union infantry defending Harpers Ferry still held its ground on Bolivar Heights just west of the town. By the morning of September 15, Gen. Thomas J. “Stonewall” Jackson had positioned nearly 50 guns on Maryland and Loudoun Heights, and prepared to fire on the rear of the Federal infantry. During eleven hours of darkness, Jackson successfully deployed some 5,000 infantrymen and an additional 20 cannon in preparation for an attack. Shortly after dawn, Jackson began a fierce artillery barrage and ordered an infantry assault for 8:00 a.m. From Schoolhouse Ridge, Gen. A. P. Hill’s division was sent on a flanking move around the Federal left. Defending Federals under Col. Dixon S. Miles were shifted to meet the new threat, but Jackson’s guns had good effect. Miles ordered the surrender of the 12,000-man garrison shortly before being mortally wounded by a Confederate shell. The Federal surrender at Harpers Ferry was the largest surrender of United States forces until World War II. 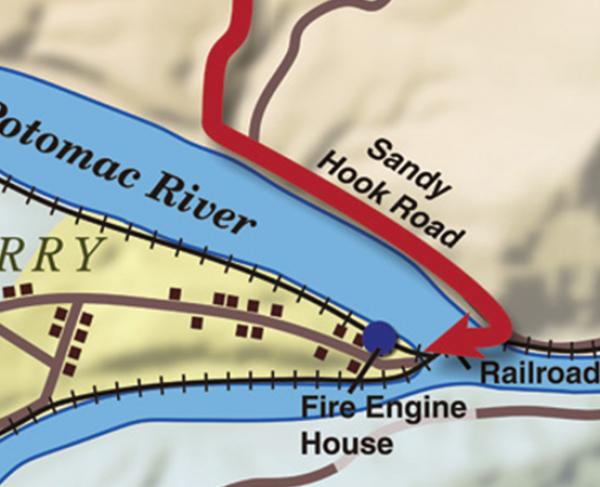 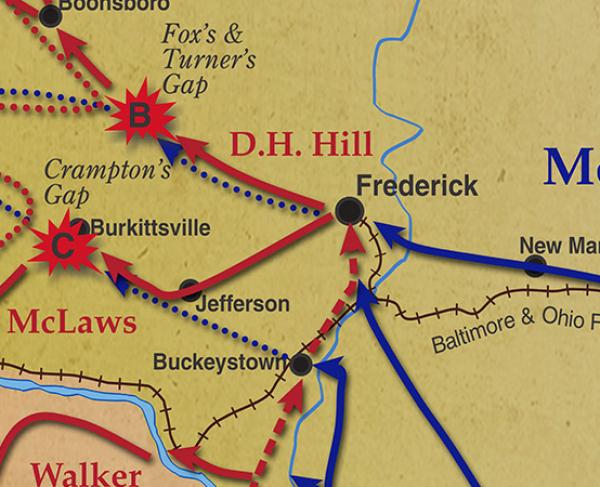