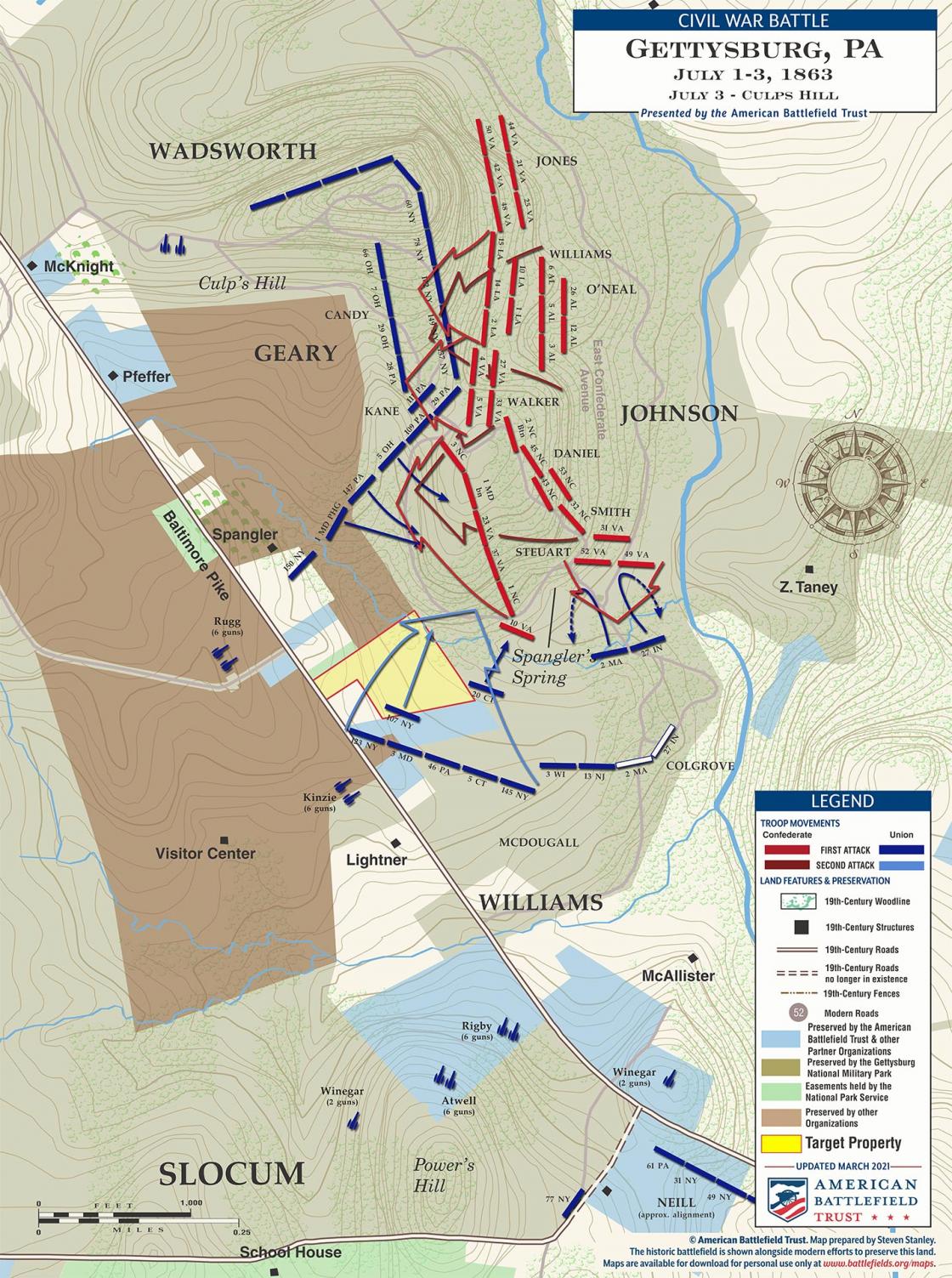 The July 3 assignment of Gen. Edward "Allegheny" Johnson’s division from Richard S. Ewell’s Second Corps was to attack the Union right on Culp’s Hill as they had the previous evening. Since three of his brigades had fought hard the previous night, Johnson was augmented by three more brigades from other Second Corps divisions. Gen. James Walker’s Stonewall Brigade from his own division rejoined Johnson, and also provided fresh men for the assault.

Early that morning, the Union XII Corps divisions of Generals Alpheus S. Williams and John W. Geary returned to re-occupy the breastworks on lower Culp’s Hill they had vacated the night before. They encountered Gen. George "Maryland" Steuart’s brigade and elements of two others on the lower hill. An attack by the 2nd Massachusetts and 27th Indiana in Col. Silas Colgrove’s brigade was repulsed with heavy losses.

Johnson’s outnumbered brigades counter-attacked in several waves all morning over much of the same ground they had the previous evening, and were again repulsed with heavy losses. Fresh VI Corps regiments had augmented Geary’s division on the upper hill, and artillery on Power’s Hill blasted the Confederate attackers. After seven hours of heavy fighting, the longest sustained action at Gettysburg, Geary and Williams succeeded in pushing back the Confederates on both upper and lower hills. The fighting on the hill was over before Longstreet began his assault on the Union center.