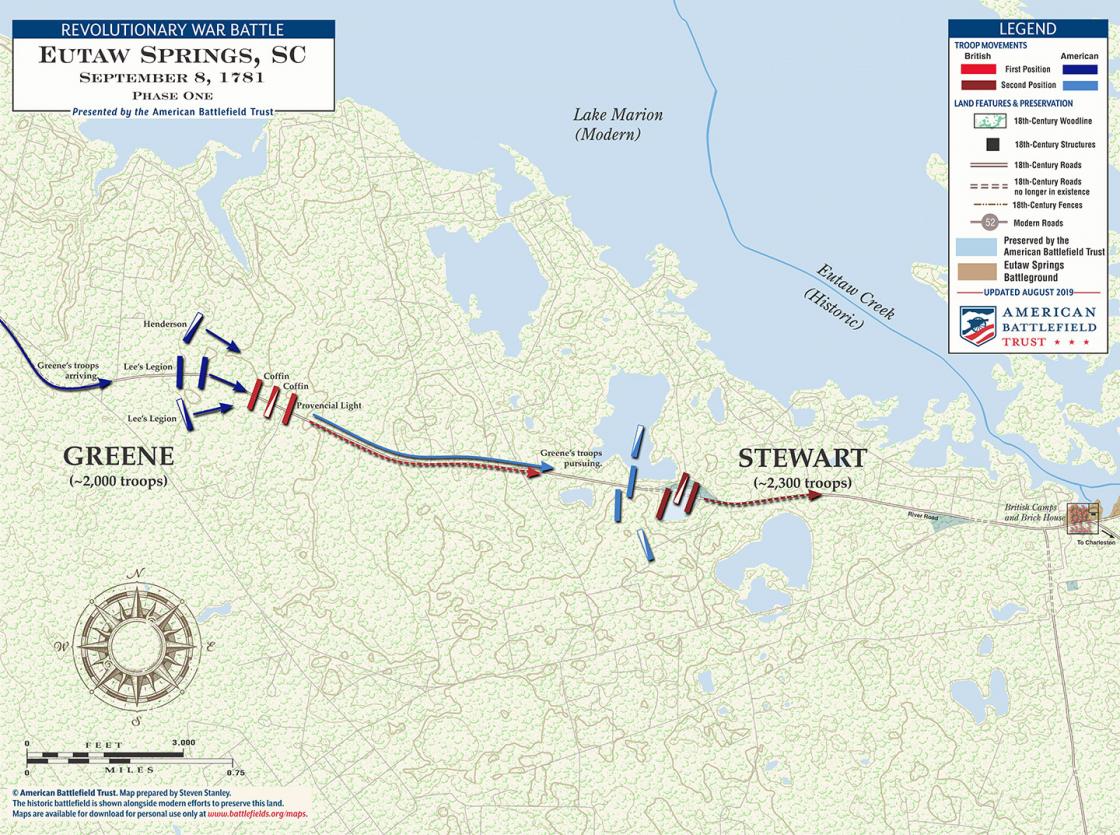 Following months of back-and-forth fighting across the Carolinas, British and American forces clashed on September 8, 1781, near Eutaw Springs, South Carolina. American troops under the command of Gen. Nathanael Greene surprised a British foraging party, largely made up of loyalist forces, and captured more than 400 men. While initially successful, the British were able to fall back toward their main body and the nearby Wantoot Plantation, Greene's men in pursuit. 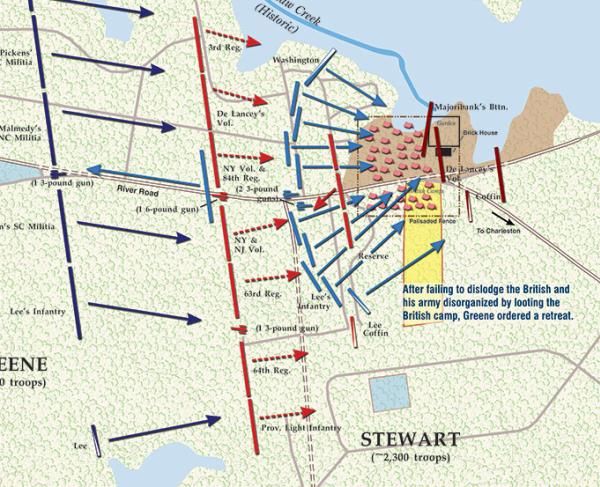