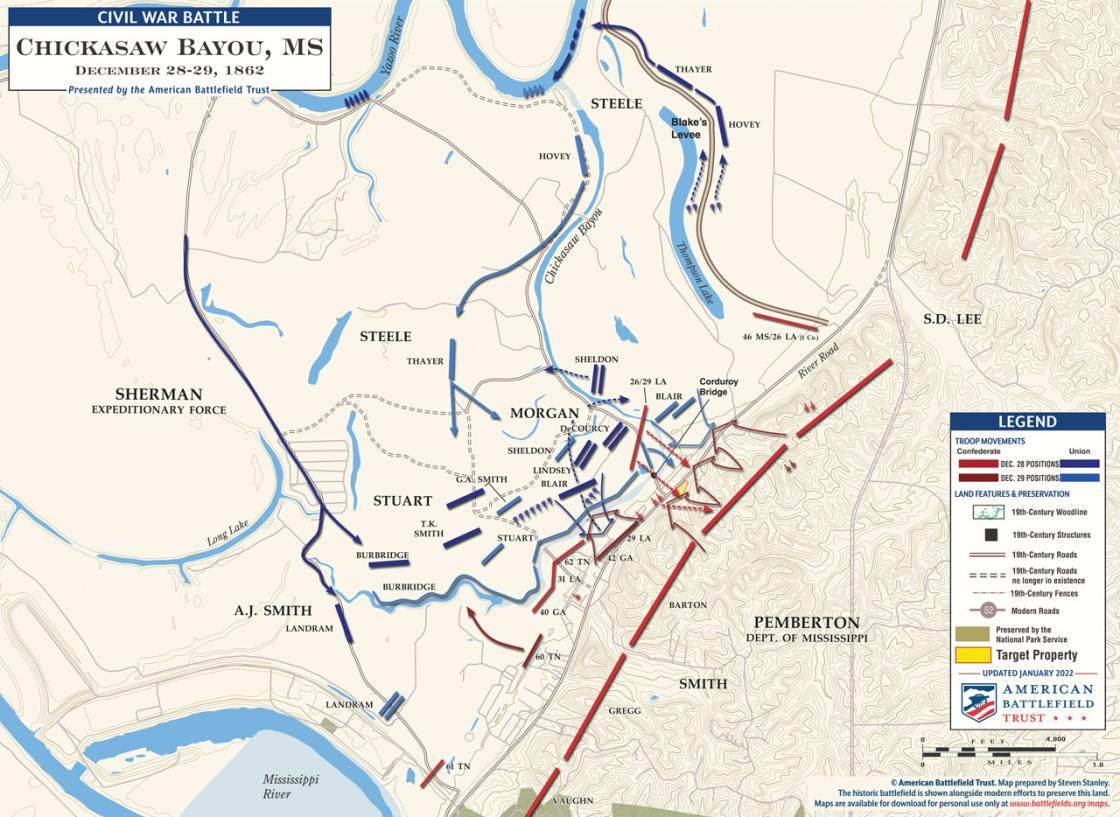 By the third day of fighting, with the Union army outnumbering Confederates two-to-one, Sherman launched repeated attempts to get around Confederate defenses and failed each time. Sherman would not relent and ordered one last assault on December 29 — a frontal attack on the enemy, resulting in heavy casualties. Sherman withdrew his troops, suffering more than eight times as many losses as the Confederates. The resounding Confederate victory effectively thwarted the Union’s first attempt to capture Vicksburg.