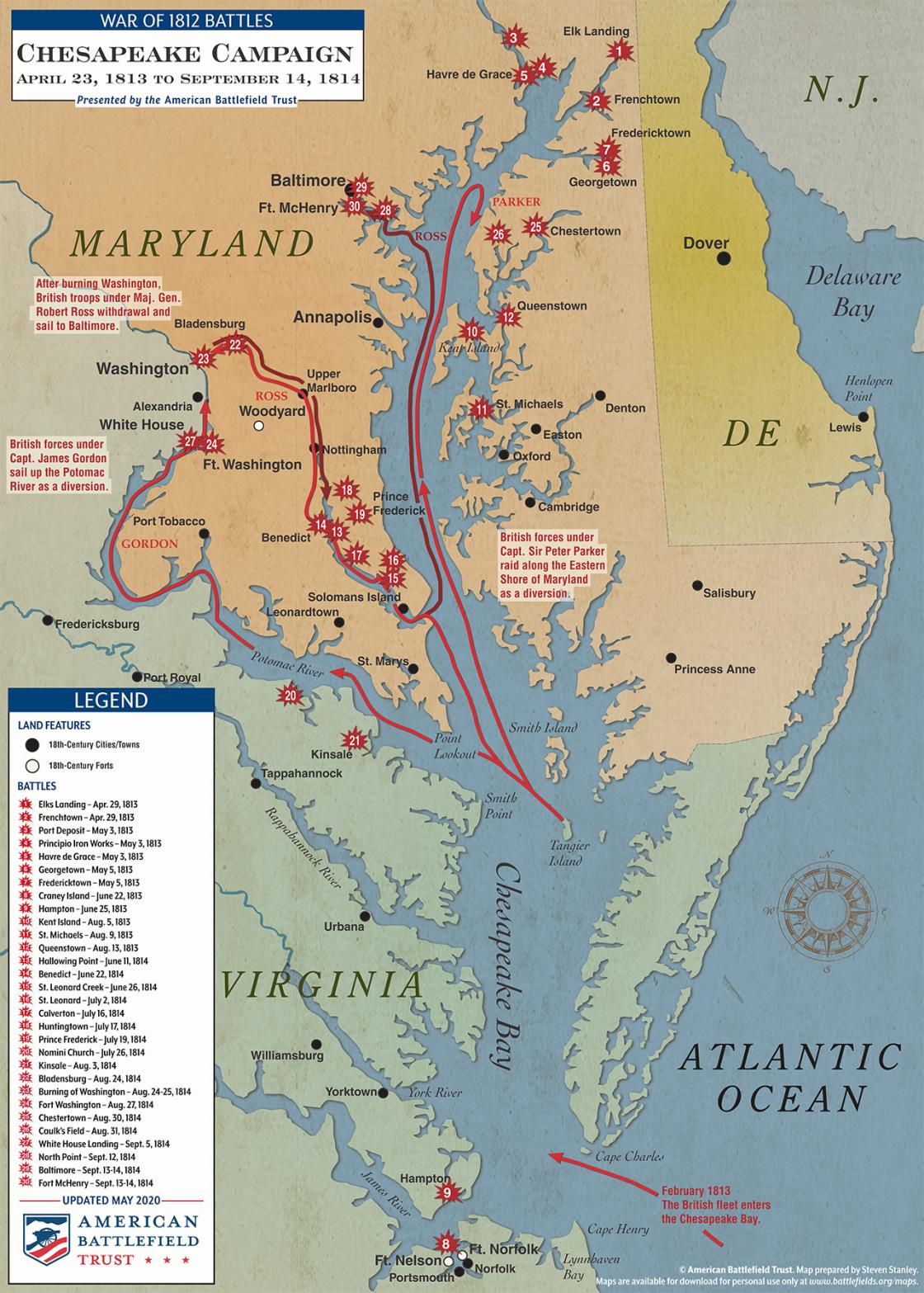 During the spring and summer of 1814, the British war efforts in North America took on a new life. The first defeat of Napoleon Bonaparte in Europe gave Great Britain a free hand in the war with the Americans. Ships, men, and material were shifted from the wars with Napoleon to North America.

With the United States focused on the capture of Canada, Crown forces sought to relieve the pressure along the US and Canadian border, and to bring the Americans to the bargaining table. A British naval blockade of the Chesapeake Bay and raids on towns and plantations alike, starting in 1813, failed to draw large numbers of American troops from the Canadian sector. In 1814, the British launched a renewed series of raids aimed at applying more pressure on the Americans in the Chesapeake Bay area. Many in the American high command including Secretary of War John Armstrong, believed that the British actions in the Chesapeake were a diversion. While Washington, D.C., was vulnerable to an attack, most believed that the city held little strategic importance and would be spared the hard hand of war. Major General Robert Ross and Rear Admiral George Cockburn had other plans, and they captured and burned the city in August of 1814.

Immediately following the burning of Washington, the British next moved on the port city of Baltimore. Stout defenses and a renewed fighting spirit steeled the American defenders. After failing to take the city in September of 1814, the British set their sights on the Gulf of Mexico and campaigns in the Deep South.