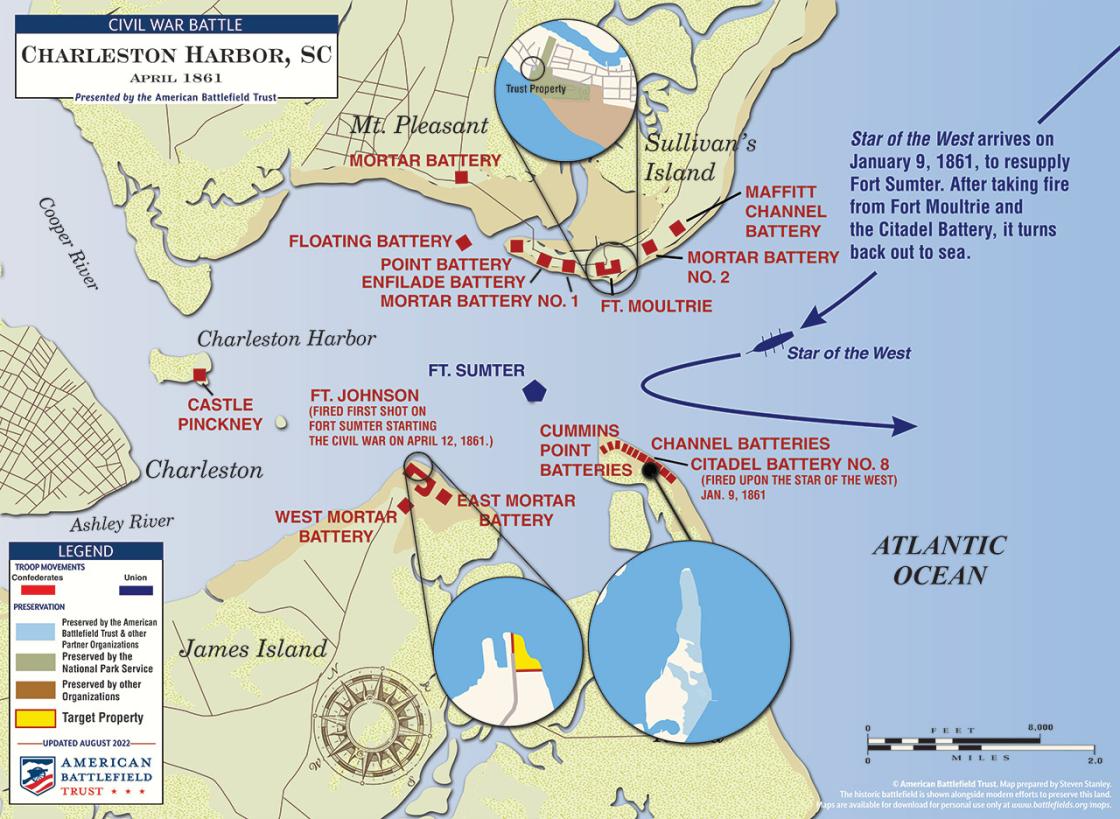 On March 1, 1861, Jefferson Davis ordered Brig. Gen P.G.T. Beauregard to take command of the growing southern forces in Charleston, South Carolina. On April 4, Lincoln informed southern delegates that he intended to attempt to resupply Fort Sumter, as its garrison was now critically in need. To South Carolinians, any attempt to reinforce Sumter means war. “Now the issue of battle is to be forced upon us,” declared the Charleston Mercury. “We will meet the invader, and the God of Battles must decide the issue between the hostile hirelings of Abolition hate and Northern tyranny.”

On April 9, Davis ordered Beauregard to take Fort Sumter. The next day, three of Beauregard’s aides sailed to the fort and demanded the garrison’s surrender. Maj. Robert Anderson was equally courteous, but refused:  “I have the honor to acknowledge the receipt of your communication demanding the evacuation of this fort, and to say, in reply thereto, that it is a demand with which I regret that my sense of honor, and of my obligations to my Government, prevent my compliance.” He also informed the delegation that the garrison’s supplies will only last until April 15.

On April 12, a flaming mortar shot arced into the air and exploded over Fort Sumter at at 4:30 a.m.. On this signal, Confederate guns from fortifications and floating batteries around Charleston Harbor roared to life. Outmanned, outgunned, undersupplied, and nearly surrounded by enemy batteries, Anderson waited until around 7:00 a.m. to respond. Captain Abner Doubleday volunteered to fire the first cannon at the Confederates, a 32-pound shot that bounces off the roof of the Iron Battery on Cummings Point.

For nearly 36 hours the two sides kept up this unequal contest. A shell struck the flagpole of Fort Sumter, and the American colors fall to the earth, only to be hoisted back up the hastily repaired pole. Confederates fired hotshot from Fort Moultrie into Fort Sumter and buildings began to burn within the fort. With no more resources, Anderson surrendered Fort Sumter to Confederate forces.

On April 13, Maj. Anderson and his men struck their colors and prepared to leave the fort. Sadly, the only casualties at Fort Sumter came during the 100-gun salute, when a round exploded prematurely, killing Pvt. Daniel Hough and mortally wounding another soldier. The attack was over, but the war had just begun. 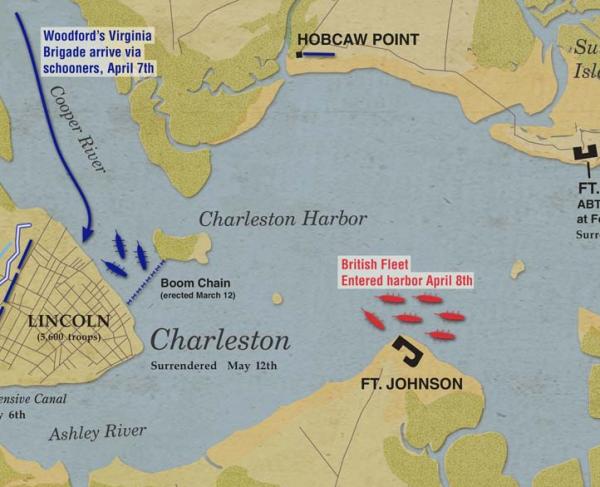 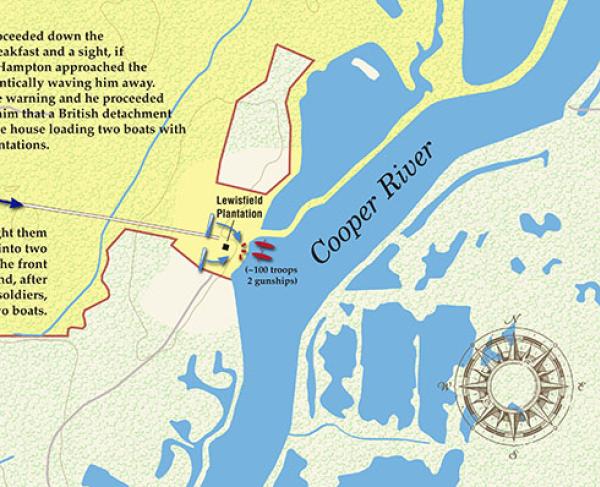