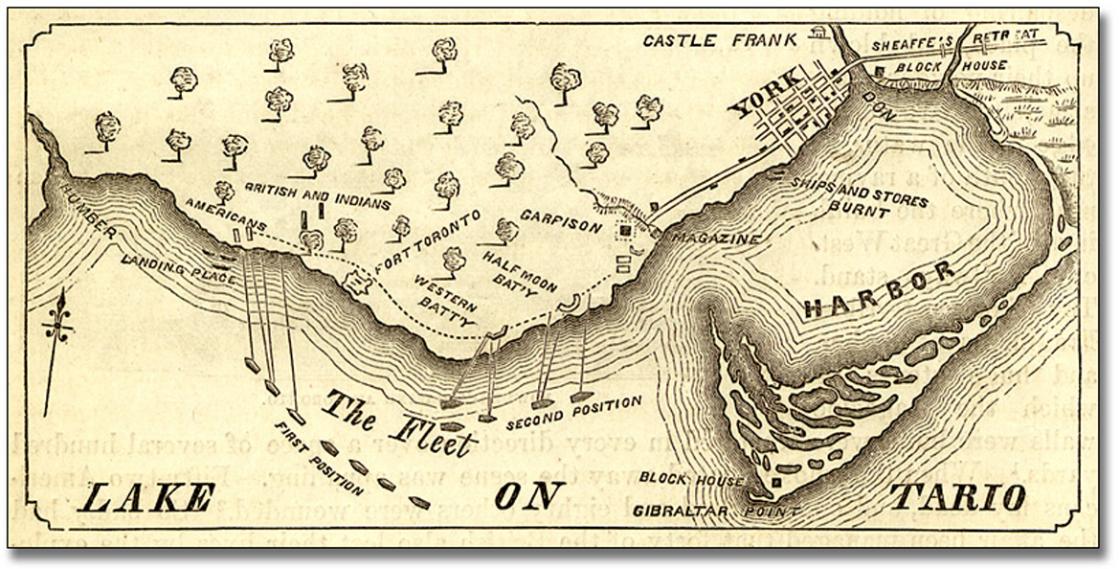 Historic map of the Battle of York

The Battle of York was an easy win for Americans as they eyed expansion into Canada in the first years of the War of 1812.  On April 27th 1813 in York, Ontario, now present-day Toronto, 2,700 Americans stormed Fort York, defeating the 750 British and Ojibwa Indians defending the Canadian capital. Though Americans managed to capture Fort York and forced the British to retreat to Kingston, this victory came at a high cost and had little strategic benefit.

Learn More: The Battle of York