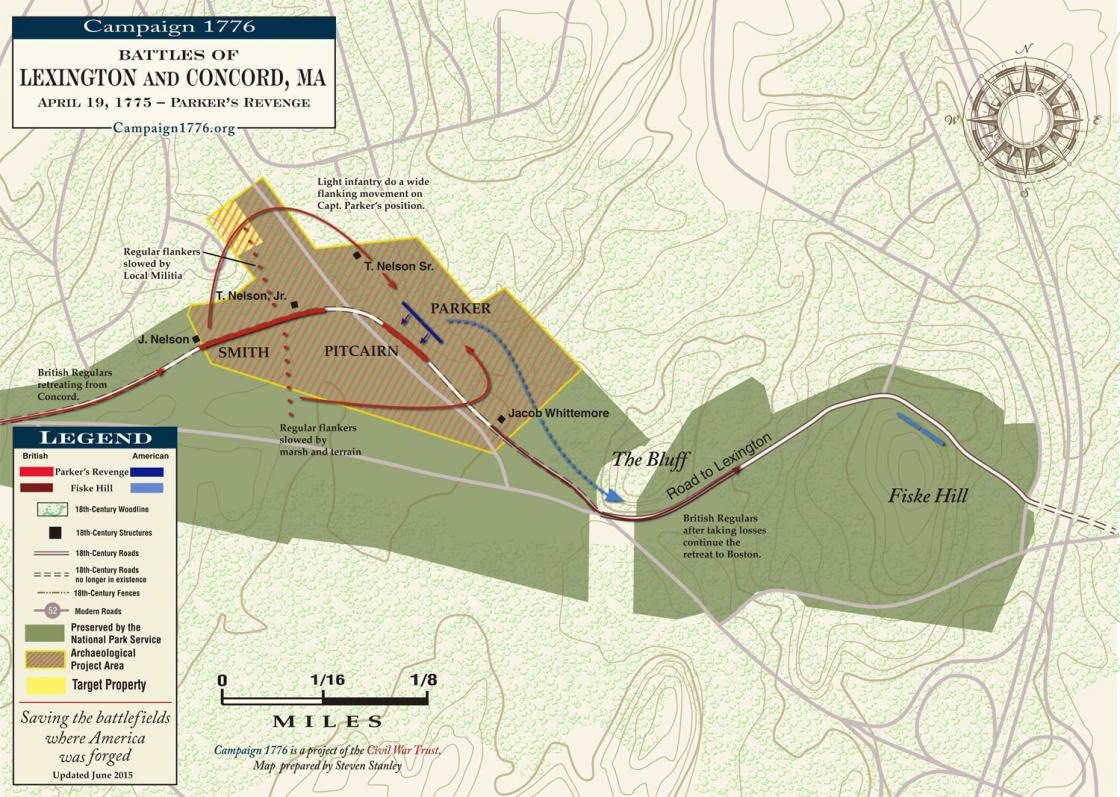 The historic engagement known as Parker’s Revenge occurred on the afternoon of the first day of the Revolutionary War, April 19, 1775, after American blood was first shed on Lexington Green and at Concord. Years later, an eye-witness who was on Lexington Green recalled Captain John Parker saying: “Stand your ground! Don't fire unless fired upon! But, if they want to have a war, let it begin here.” Parker later regrouped his men on a rocky hillside to the west of Lexington Green. There, he would confront the Redcoats on their return march to Boston.

Parker’s ambush - his “revenge” for the blood his men spilled at Lexington Green - bloodied and slowed the Redcoats and wounded a British colonel. Parker’s disciplined, coordinated attack was a key engagement in a series of skirmishes and ambushes that turned an orderly British march into a desperate retreat.

Learn More: The Battle of Lexington and Concord 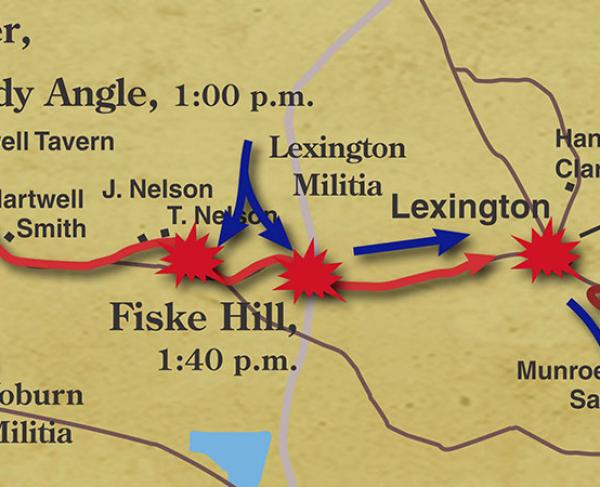