The Battle of White Plains was part of the New York and New Jersey Campaign of the American Revolution. George Washington's army was nearly surrounded and destroyed by British maneuvers, but he managed to escape imperial clutches and keep his army intact once again.

After American defeats at the Battles of Long Island and Harlem Heights, Washington moved his army northwards into New York State.  The British pursued him doggedly by land and river.  Skirmishes erupted almost daily as the Continentals marched just ahead of their British foes.  By October 28, the Americans had reached their base of supplies at White Plains, New York.  They fortified the town with a line of breastworks that some soldiers later claimed was composed primarily of cornstalks.

The British, led by General William Howe and supported by Hessian auxiliaries, moved rapidly to challenge this position.  On the morning of October 28, a sharp firefight erupted as American skirmishers tried to disrupt the British advance.  The skirmishers eventually fell back to Chatterton Hill, a position on the main American line, and held against repeated Hessian assaults.  The British advance stalled as the army reformed and prepared to launch a decisive attack.  Howe disposed his men so as to outflank and overwhelm the fortified American position.  After the bloody Battle of Bunker Hill, British generals were loathe to order direct frontal assaults.

The British and Hessians were met by determined musketry as they climbed the slopes of Chatterton Hill.  Despite the fierce resistance, however, a Hessian force was able to dislodge the militia that protected the American right flank.  The line began to unravel as more Imperial soldiers rushed in to exploit the breakthrough. Soon, Washington's army was conducting a fighting withdrawal with the 1st Delaware Regiment guarding the army's extreme rear.

The Continentals continued their retreat to North Castle, New York.  General Howe declined to pursue that far.  He returned to Manhattan to mop up American hold-outs at Fort Washington.

The Battle of White Plains resulted in roughly 217 American casualties and 233 British casualties. The New York and New Jersey Campaign had been very hard on the Continental Army. Washington was forced to devote considerable resources to reinvigorating and refitting the worn-out patriots.  For a moment it seemed as if the Revolution would fail its military test. Washington and his men would come roaring back, however, in December of 1776 at the Battle of Trenton. 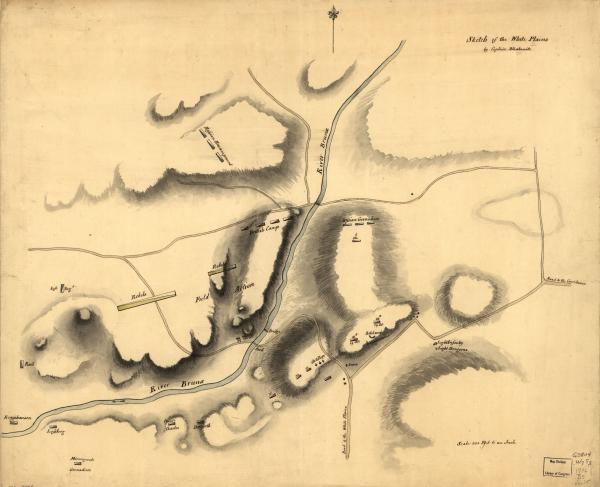 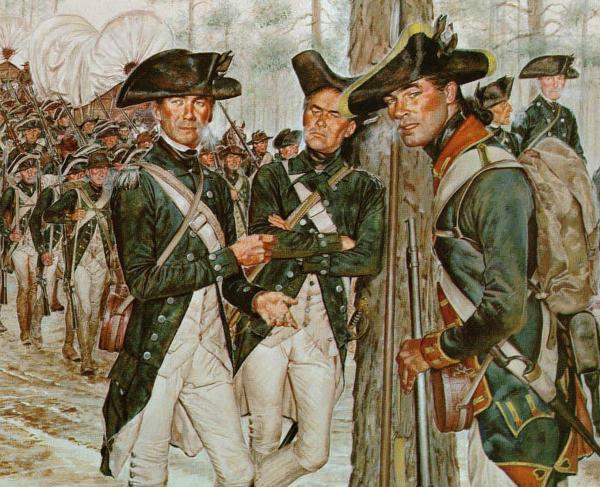