When we learn about Revolutionary War battles — such as the 1777 Battle of Princeton — a spotlight is often shone on George Washington and his victorious troops, but we fail to recognize the women that supported the Continental Army after arms were put aside. While action on the field is, admittedly, an exciting subject, we must search for greater context and understanding. And how can we do that? By stepping into a woman’s shoes!

You don’t need to look far from the Princeton Battlefield to find that missing perspective, or should I say missing pair of shoes? Just an hour north of the hallowed site is a large 1774 Georgian-style home in Morristown, N.J. — now owned by the National Park Service as part of Morristown National Historical Park. Once the not-so-humble abode of the generous and determined Theodosia Ford, the structure allows us to learn about this trying time in American history through the lens of the late lady of the house.

After their triumphs at Trenton and Princeton, the Continentals looked to Morristown to settle in for the winter. Theodosia, in a home with space to spare, welcomed surviving troops in with open arms. She was also reunited with her soldier-husband, Jacob Ford, Jr. — Eastern Battalion Commander of the Morris County Militia — who had, with his men, successfully captured a valuable field cannon from the British at Princeton. But alas, their time together would be short-lived, as Jacob succumbed to pneumonia upon his return.

In her battle with grief, Theodosia powered through as the new head of the home. She cared for five children, two hundred acres of land — including a farm and gunpowder mill, and 35 weary Continentals. Her home and gracious role as host played a tremendous part in these soldiers' stories, as they departed from the battlefield to find themselves with a roof over their heads and food on the table. Theodosia was also witness to the heartache of war, as soldiers dealt with the loss of comrades, the aching physical and mental wounds of battle, and longing for those back home.

During the winter of 1777, George Washington made his headquarters at Arnold’s Tavern in Morristown — but, in a second round of generosity — Theodosia opened her home to the Commander of the Continental Army during the harsh winter of 1779-1780. In offering her home as Washington’s new headquarters, she also welcomed Martha Washington, who would replace Theodosia as official hostess.

Thrust into the chaotic military world, Theodosia and her children were crowded into two rooms while their home was used as a refuge for months. During meals, they packed into the kitchen with their guests. Theodosia’s son even befriended Washington’s guards. In the summer following, Theodosia didn’t hesitate to write to the general, asking for a certificate as evidence of his using her home for his quarters — as such would grant her payment for her hospitality toward the Patriot leader. And as leader of the Ford home, Theodosia was responsible for the family’s well-being.

As we look to broaden our knowledge of female stories from the past and present, Theodosia reminds us how women have time and again found ways to contribute to meaningful causes, despite the restrictive forces of gender roles. War can do that; with the whirlwind of battle, women are too swept into the efforts. As part of the American Battlefield Trust’s Youth Leadership Team, I look to the Princeton Battlefield and think about the 24 acres and countless soldier stories that the organization has preserved, but I also think about how women are tied to this and several other battlegrounds.

Theodosia’s story is one of many — and I’m happy to put a spotlight on this brave woman, who, despite her loss, was a source of strength for the soldiers she hosted. Women found new purpose in the Revolution, and they would not be bound by the confines of their era. It’s about time we start bringing their stories to the surface and allow her story to flourish. 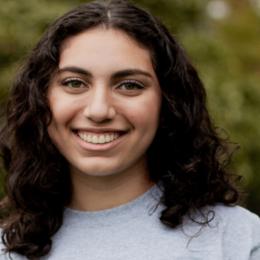