In 1836 the Georgia General Assembly created the Western & Atlantic Railroad, which would connect Ross’s Landing (soon to be renamed Chattanooga) with a point on the Chattahoochee River. Engineer Col. Stephen H. Long conducted a survey for the route and building began in 1839. Southern terminus of the 138-mile route was staked out with a "zero mile post" seven miles southeast of the Chattahoochee. A village sprouted around the point, eventually to become the city of Atlanta. Long found a way of not having to tunnel through Missionary Ridge, but in mountainous north Georgia, Chetoogeta Mountain, thirty miles south of Chattanooga, had to be dug through. Work began July 1848 and the tunnel was opened October 1849. Track was laid and the first train passed through on May 9, 1850.

During the Civil War the Western & Atlantic was an important Confederate supply line, especially for the Army of Tennessee. The unsuccessful Union army raid led by civilian James J. Andrews on April 2, 1862 was intended to disrupt it. In the Georgia Campaign of 1864 the W & A served both armies: Gen. Joseph E. Johnston's as it retreated from Atlanta, and Maj. Gen. William T. Sherman's as it advanced.

Union forces seized Tunnel Hill in the opening days of the campaign. On the morning of May 7 Brig. Gen. Jefferson Davis' Fourteenth Corps division advanced toward Tunnel Hill. Maj. J. T. Holmes' 52nd Ohio was in the lead and found 50-100 Confederate cavalry near the town. After a brisk skirmish the Southern horsemen retired back toward Johnston’s main line along Rocky Face Ridge. The Confederates did not try to damage the tunnel and only took up some rails, which were quickly replaced. General Sherman recorded in his Memoirs (1875), "I was agreeably surprised to find that no damage had been done to the tunnel or the railroad."

Confederate forces approached Tunnel Hill twice more during the campaign—Wheeler’s cavalry in mid-August, and Hood’s infantry after the fall of Atlanta in mid-October—but neither time did they attempt to damage the tunnel. 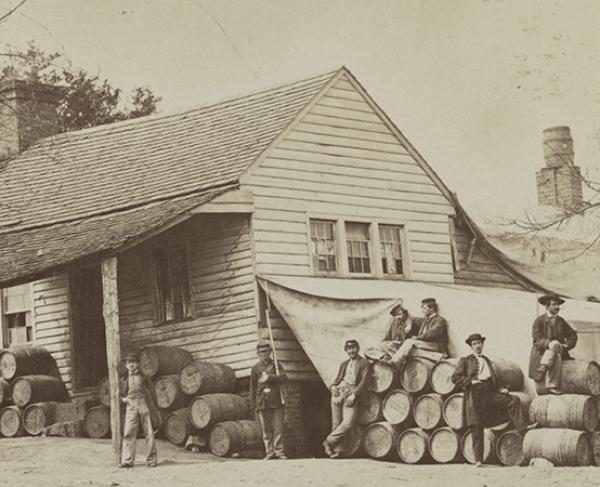