On display are two preserved bronze cannons from the original four-gun Edenton Bell Battery (Company B, 3rd Battalion, NC Light Artillery). The cannons, including the displayed twelve-pounder "St. Paul" and six-pounder "Edenton," were poured at Richmond's Tredegar Foundry in April of 1862, using bells donated by the institutions and citizens of Edenton. The battery fought with the Army of Northern Virginia and the Department of North Carolina, was led by local officers, and consisted of men from Chowan, Tyrrell, Washington, Bertie, and Perquimans Counties.

Durham, North Carolina | Once the home of James and Nancy Bennitt (or Bennett), this 189 acre Piedmont North Carolina farm became the location of the...

Winnabow, North Carolina | The fort, an earthen fortification, was constructed in March 1862 as part of the overall Cape Fear defense system. 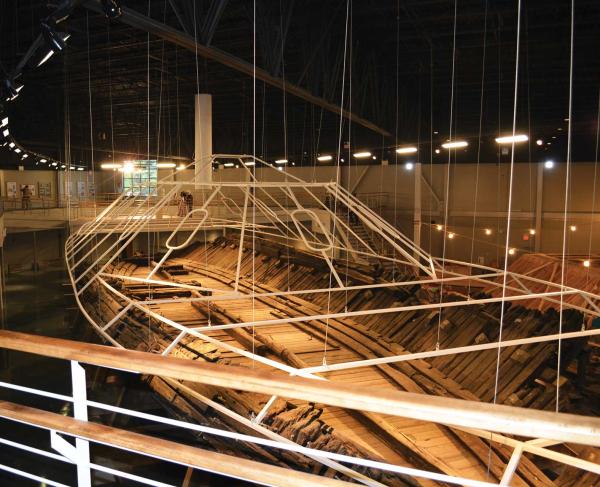 Kinston, North Carolina |The CSS Neuse was a product of the Confederate navy's ill-fated attempt to regain control of the lower Neuse River and retake...

Kure Beach, North Carolina | Before its fall in January 1865, the fort protected blockade-runners en route to Wilmington with supplies vital to the...