Over the past year, we have called on our members and supporters time and again to help preserve 15 historic acres of the Princeton Battlefield — land which witnessed George Washington’s daring charge against British regulars, reinvigorating the cause for American independence. Thanks to their unfailing generosity, the American Battlefield Trust, through our Revolutionary War Trust division, has acquired this crucial piece of American Revolutionary War history!

More than 240 years ago, musket fire cracked sharply in the cold winter air as British and American forces clashed in the opening days of January 1777. The Americans, who had initiated the battle, were now on their heels, fleeing before a fierce British counterattack. General Hugh Mercer was felled, shot and bayonetted by the Redcoats. A morning that had started with such promise seemed to be on the verge of disaster. At that moment, a figure on a white horse appeared. George Washington had arrived—with reinforcements. Rallying his retreating soldiers, Washington personally led them in a charge that routed the British, turning the tide of the battle and breathing new life into the Patriot cause.

While more than 8,000 individuals from around the globe donated generously to this project, we would like to extend a personal thank-you to Mr. Richard Gilder of New York, who, through his foundation, gave $1.1 million, and without whom we would not have been able to achieve this historic preservation victory.

Thank you for helping to honor the memory of George Washington by saving the Princeton Battlefield!

After crossing the Delaware on December 25, 1776, George Washington embarked on a ten day campaign that would change the course of the war...

On December 14, 1799, George Washington, the first President of the United States, died at his home in Mount Vernon, Virginia. Congress commissioned 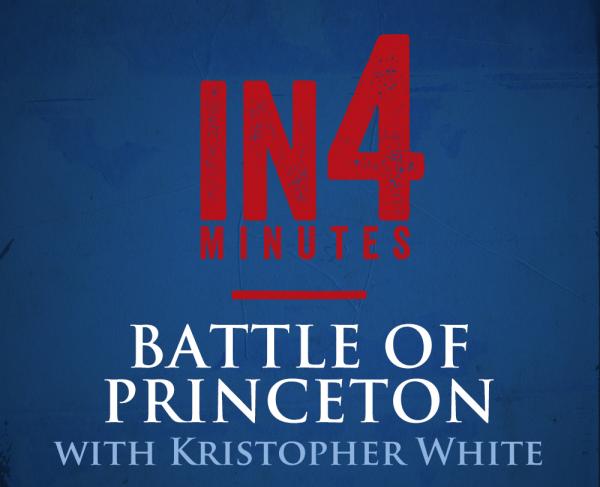 VIDEO | Join Kristopher White of the American Battlefield Trust as he details the Battle of Princeton, the third and final battle of the Ten Crucial