Now in its 21st year, Park Day is a family-friendly preservation event to clean up and restore America’s hallowed historic sites

(Washington, D.C.) – Volunteers of all ages and abilities can give back to their country, get out of the house, and honor their heritage by joining the Civil War Trust on Saturday, April 1, for Park Day 2017.  Park Day is an annual hands-on preservation event to help maintain battlefields and historic sites across the nation.

For the 21st straight year, history buffs, community leaders, preservationists and other volunteers will fan out across more than 130 historic sites in 30 states for a spring cleanup at America’s battlefield sites and other historic treasures, armed with trash bags, rakes, weed whackers and paint brushes.

This year’s diverse group of Park Day sites gives volunteers a multitude of options in location, project scope and historical background. Through its Campaign 1776 initiative, the Civil War Trust has expanded Park Day to include Revolutionary War and War of 1812 sites. Participants from Gettysburg to Guilford Courthouse and Perryville to Princeton will have the opportunity to keep America’s hallowed grounds and outdoor classrooms pristine.

“Park Day volunteers are critically important to historic sites that must balance basic maintenance needs with limited budgets and small staffs – that may result in deferred repairs and neglect,” said Civil War Trust President James Lighthizer.  “Visitors really do notice the difference after our legions of volunteers pitch in and clean up!”

Since 1996, thousands of community-minded citizens – including Boy and Girl Scouts, Rotarians, Lions Club members, church groups, ROTC units, youth groups and many others – have taken part in Park Day. Activities can include building trails, raking leaves, painting signs, putting up fences and contributing to site interpretation.  In addition to the satisfaction that volunteer work brings, participants receive official Park Day T-shirts and may have the chance to hear local historians describe the history of the site.

In 2016, 130 sites throughout the country held Park Day events, with the help of nearly 6,000 volunteers who donated more than 24,000 man-hours of work.  Every freshly painted fence or newly planted tree leaves each site better prepared for the tourists who will visit this year to learn more about their national heritage.

The Civil War Trust is the premier nonprofit organization devoted to the preservation of America’s hallowed battlegrounds. Although primarily focused on the protection of Civil War battlefields, through its Campaign 1776 initiative, the Trust also seeks to save the battlefields connected to the Revolutionary War and War of 1812.  To date, the Trust has preserved 45,000 acres of battlefield land in 23 states. 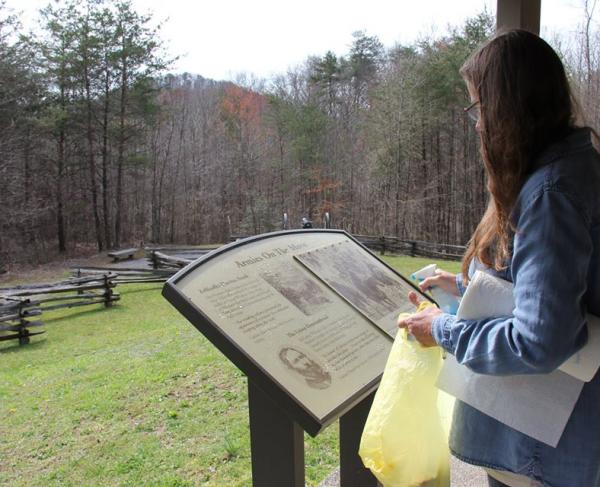