(Gettysburg, Pa.) – During ceremonies this morning on Seminary Ridge, the Civil War Trust joined with local preservation advocates and hundreds of supporters to announce the successful conclusion of a national campaign to preserve, restore and interpret the four-acre headquarters site of Gen. Robert E. Lee during the Battle of Gettysburg. The effort protects the small stone house – known as the Mary Thompson House – and adjacent lands that served as a combat command center during one of the most decisive battles in American history.

“Today, we can truly celebrate one of the Civil War Trust’s keystone successes in the last 30 years,” said Trust President James Lighthizer. “General Lee’s Headquarters is an educational and commemorative site on par with the most historic landmarks in the nation, and its restoration is an accomplishment in which every individual and organization involved should take pride.”

For more than a year, the Trust has worked diligently to rehabilitate the home, return the landscape to its Civil War appearance, and install a new interpretive walking trail on the property.  In addition to serving as the nerve center of Lee’s army during the Battle of Gettysburg, the land also witnessed severe fighting on July 1, 1863.

“As the National Park Service celebrates its centennial, we are looking ahead to the next century of preservation and discovery,” noted Gettysburg National Military Park Superintendent Ed Clark. “A historic place of the caliber of Lee’s Headquarters, vulnerable to development for 150 years, underscores the critical need for public-private partnerships to ensure these memorials will be available for future generations of Americans.”

To return the headquarters to its wartime appearance, 10 modern structures were removed, as well as several post-war additions to the Thompson House. A historically appropriate cedar shingle roof was also added to the home, though two original beams dating to 1834 remain in place. Relying on post-war surveys by Gen. Gouverneur K. Warren (a civil engineer who served at Gettysburg) and period photographs of the home and grounds, historic contours were added back to the site, as well as a garden, fencing and dog house. The interpretive trail, produced in conjunction with Civil War Trails, explains the dramatic events at the headquarters from July 1-3, 1863.

Twenty-four trees will augment the site in spring 2017 to recreate a historic apple orchard. The planting is part of the Journey Through Hallowed Ground’s Living Legacy Project, which aims to plant a tree for each of the 620,000 soldiers who died during the Civil War.

“We are grateful to play an important part in the restoration of this iconic land,” said Journey Chairman David Williams. “As we work to raise awareness for all the sites along the Journey’s National Heritage Area, the Lee’s Headquarters grounds and trail create a must-see destination at one of our country’s defining battlefields.”

Eventually, Lee’s Headquarters will be donated to the National Park Service for incorporation into the existing military park. On this and other stewardship projects the Trust and the National Park Service work closely with the Gettysburg Foundation — the nonprofit partner that owns and operates the museum and visitor center at Gettysburg National Military Park and pursues a broad mission including land, monument and artifact preservation, as well as battlefield rehabilitation.

“Gettysburg has some of the most well-preserved historic lands in the nation,” said Foundation Chairman Robert Kinsley. “It is a profound achievement to count Gen. Lee’s headquarters among these preserved lands, and ensure the sacrifice of the men who marched across it is memorialized forever.”

Rev. Michael Cooper-White, president of the Gettysburg Lutheran Theological Seminary, spoke to the importance of connecting Gettysburg’s history to other local attractions: “In addition to the battlefield, projects like this shine a spotlight on all of Gettysburg’s robust offerings and foster an appreciation for the community as a whole.”

Some of the heaviest fighting on July 1, 1863, took place around the home of 69-year-old widow Mary Thompson, a building co-owned by U.S. Congressman and abolitionist leader Thaddeus Stevens. Retreating Federal soldiers formed a new line on Seminary Ridge, delivering raking canister fire into the advancing Confederate line. The Union stand on the property delayed, but could not halt, the Confederate tide; the southerners ultimately seized the ridge and the outnumbered Federals fell back through town.

That evening Confederate Gen. Robert E. Lee arrived on the field and established his headquarters on the Thompson property. From here he dispatched and received couriers relaying the unfolding events elsewhere on the Gettysburg battlefield. On this land, Lee discussed with his lieutenants the attack that would come to be known as Pickett’s Charge, setting in motion a chain of events that determined the outcome of the battle.

The Civil War Trust is America’s premier nonprofit battlefield preservation organization.  Although primarily focused on the protection of Civil War battlefields, through its Campaign 1776 initiative, the Trust also seeks to save the battlefields connected to the Revolutionary War and War of 1812. To date, the Trust has preserved more than 43,000 acres of battlefield land in 23 states, including nearly 1,000 acres at Gettysburg battlefield. Learn more at Civilwar.org. 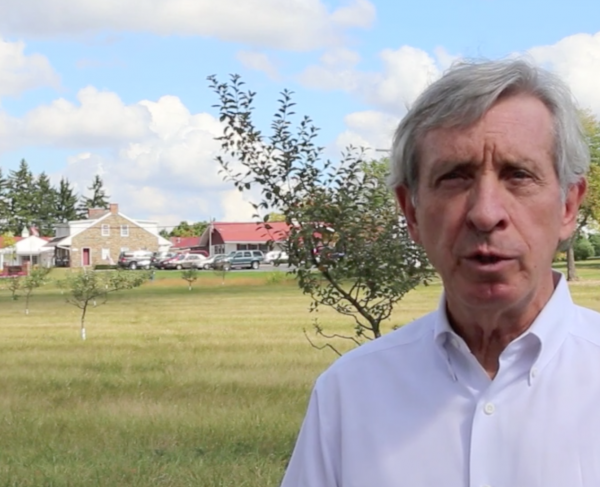 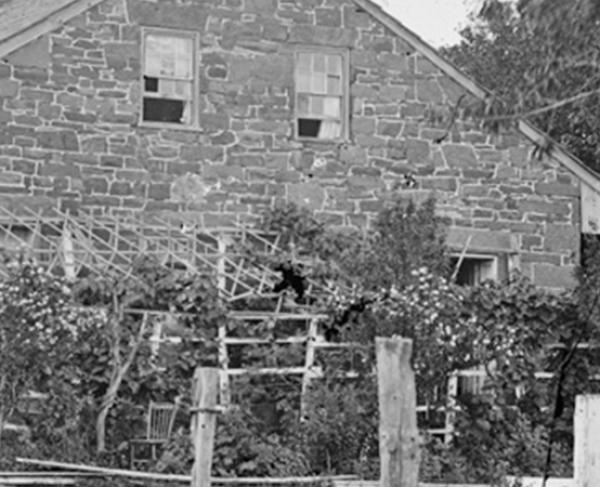