(Washington, D.C.) – African American History Month is a time to honor the stories of Black Americans and their contributions to America. In recognition of these incredible stories, the American Battlefield Trust — a national nonprofit organization that preserves battlefields of the Revolutionary War, War of 1812 and Civil War — recommends these events at historic sites nationwide.

February 8: Seizing Freedom Tour, Fort Oglethorpe, Ga.
A free, one-hour guided tour begins at the national park visitor center and utilizes a car caravan to explore sites throughout the park associated with often-untold stories of African American involvement in the Battle of Chickamauga. Check back for details

February 8: From Civil War to Civil Rights Frederick, Md.
Join a ranger from Monocacy National Battlefield to explore how the Civil War and Reconstruction affected the expansion of voting rights in the United States. Through images, story, and facilitated dialogue; we'll consider the connection between the 15th and 19th Amendments to the U.S. Constitution. Learn more.

February 10: Selective Service: Soldiers of Color in the Atlantic World, Ticonderoga, N.Y.
Fort Ticonderoga curator Matthew Keagle will explore how the armies of the early modern Atlantic World policed the boundaries of race and military service during an era of global imperial conflict. This program will provide context to the complex, and often contradictory, history of soldiers of color on both sides of the Atlantic Ocean in the 18th century. Learn more.

February 22: From Enslaved to Soldier, Fredericksburg, Va.
Join historian Steward Henderson for a four-hour exploration of African American history in the area, from the city docks where the first slaves arrived, to plantation homes where they labored to sites of mass self-emancipation during the Civil War. This registration-required program is offered by Fredericksburg Tours. Learn more.

February 29: In the Park: Revolutionary Harbor, Boston, Mass.
During the years preceding the American Civil War, Boston served as one of the most important stops on the Underground Railroad. Did you know that many of the fugitives escaping from enslavement came to Boston by stowing away on ships from southern ports? Join NPS ranger Shawn Quigley as we explore the untold stories of men and women making daring escapes to freedom through Boston Harbor. Learn more.

Ongoing: To Catch a Thief: Constellation Fights the Slave Trade, Baltimore, Md.
A tour and hands-on activities combine to bring into view Constellation’s active career combating the slave trade, and her exciting pursuit and capture of the slave ship Cora, from which she rescued 705 captive Africans. “To Catch a Thief” is typically available for groups with reservations. In honor of Black History Month, the tour will be held at 1:00 p.m. every Saturday and Sunday in February.  Learn more.

The American Battlefield Trust is dedicated to preserving America’s hallowed battlegrounds and educating the public about what happened there and why it matters today. To date, the nonprofit, nonpartisan organization has protected more than 50,000 acres of battlefield land associated with the American Revolution, War of 1812 and Civil War.  Learn more at www.battlefields.org. 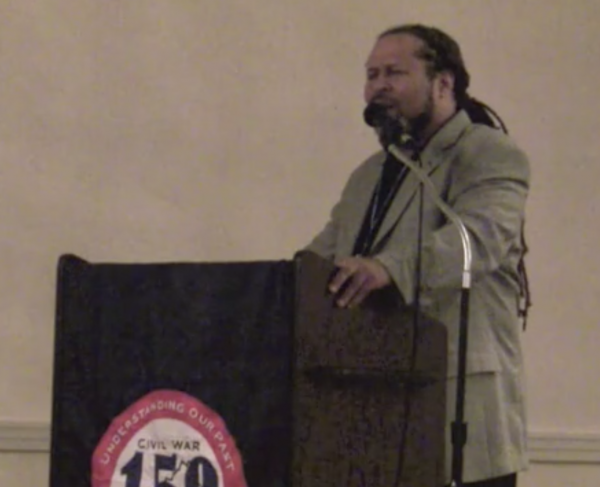