(Washington, D.C.) — After nearly three decades of aiding preservationists with vital matching funds to facilitate the protection and study of battlefield landscapes, the National Park Service’s American Battlefield Protection Program has expanded its purview by awarding a first round of grants toward interpretation projects designed for public education. The new program awarded $917,173 to projects that use technology to bring the stories of sites of armed conflict alive for modern audiences, from tactile maps that expand accessibility, to smartphone apps with augmented reality, to engaging videos and more.

The American Battlefield Trust, which received five of the 11 grants awarded, celebrated the announcement along with other recipients. “This endorsement of the Trust’s work underlines our industry-leading commitment to use the best 21st-century innovations to bring the 18th and 19th centuries alive,” said organization president David Duncan.

Trust-led projects that rose to ABPP’s exacting standards included: the creation of virtual field trips that will allow students across the country to explore Revolutionary War, War of 1812 and Civil War sites in a digital environment; an animated video series covering 16 battlefields in seven states telling stories with diverse first-person narratives and found objects; an interdisciplinary drive to tell the stories of African American combatants who took up arms for a nation that did not yet consider them free or full citizens; a dynamic vision to work alongside Princeton Battlefield State Park to transform the visitor experience at the climactic site of the Revolutionary War’s Ten Crucial Days; and an augmented reality undertaking that will enable visitors to downtown Charleston, S.C. to stand in the virtual shadow of the imposing Horn Work that defended the city against British siege forces, as well as other transformative experiences along the Liberty Trail.

“Now more than ever, we know how modern technology can bring people together. Harnessing powerful stories at these battlefields and sites of armed conflict can open our eyes to the lessons from the past and lead us to greater understanding of our shared history. The National Park Service is proud to support local communities as they improve universal access, engage new audiences, and broaden our perspectives around these important places,” said NPS Deputy Director Shawn Benge.

NPS ABPP’s Battlefield Interpretation Grants empower preservation partners nationwide to modernize and enhance battlefield interpretation – to inspire wonder, understanding and empathy at the places that witnessed some of our nation’s most challenging events. In addition, the program administers three other grants: Battlefield Land Acquisition, Preservation Planning, and the newly authorized Battlefield Restoration Grants. This financial assistance generates community-driven stewardship of historic resources at the state, tribal and local levels. 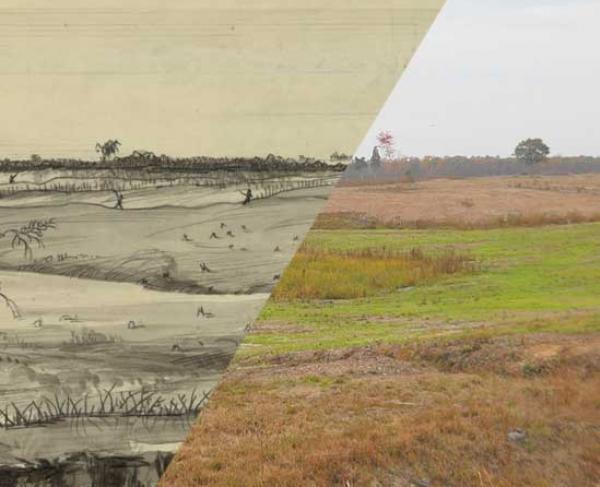