(Yorktown, Virginia) — A 100-house subdivision proposed at Yorktown’s Revolutionary War battlefield may be avoided if the American Battlefield Trust succeeds in its national campaign to preserve this 50-acre property.  The Trust has been working since April 2015 to preserve this land because of its historical importance.

Now the Trust, a national nonprofit organization devoted to battlefield land preservation and history education, is asking its members and supporters for private donations to clinch the acquisition of the property, a major undertaking that is the group’s first Revolutionary War project in Virginia.

Construction of the Battlefield Bluffs housing development would affect Colonial National Historical Park and the subdivision site’s nationally significant historic resources.  Among the benefits of protecting the tract is preserving the viewshed of the national park, which nearly surrounds the wooded property.

During the Siege of Yorktown in 1781, the French army’s Bourbonnais and Royal Deux-Ponts regiments camped in the vicinity of the parcel, next to the American army’s encampment.

“The 50-acre property the Trust seeks to acquire at Yorktown is at the heart of the French lines,” said Jack D. Warren Jr., executive director of the American Revolution Institute of the Society of the Cincinnati.  “Few pieces of unpreserved battlefield land in the United States are more intimately associated with the French contribution to American independence than these key acres.”

Preservation of this site would help visitors understand the close collaboration between American and French commanders, experience the Allied armies’ surroundings as their troops bottled up the British army at Yorktown, and appreciate how people traveled historically.

The property includes a remarkably well-preserved wagon road, shown on a wartime map, that Allied troops likely used to take their positions along the siege lines during the Battle of Yorktown, and then return to camp.  This road may also have been used by military units during the Civil War.

“I have been in the battlefield preservation business for more than 20 years, and I honestly cannot recall an opportunity like this … to save a piece of ground associated with our nation’s two most important wars,” Trust President James Lighthizer wrote Trust members in a letter last week.

The tract figured in two sieges, 81 years apart, both by generals named George, Lighthizer noted. Nationally, Yorktown is a rarity in that it was important to both the Revolutionary War and the Civil War.

In October 1781, Gen. George Washington — crucially aided by the French fleet and French soldiers — trapped British Gen. Lord Charles Cornwallis inside his defenses at Yorktown.  The Battlefield Bluffs tract supported the siege that forced Cornwallis to surrender, spelling the war’s end, which formally came in 1783.

In April and May of 1862, Union Maj. Gen. George B. McClellan tried to lay siege to Confederate forces at Yorktown when his army moved up Virginia’s Peninsula in an effort to capture Richmond.  The Battle of Williamsburg erupted on May 5, 1862, as the Confederate army withdrew from Yorktown.  The fighting claimed nearly 4,000 casualties; both sides claimed victory.  Ultimately, McClellan’s Peninsula Campaign failed, and the Civil War continued for another three years.

This is the first time the Trust has tried to preserve a site significant to both wars.  Doing so will cost $5.64 million.  But thanks to an unusual combination of state and federal matching grants, 98 percent of that total is within sight.  To close the deal, the Trust is asking its members to contribute $74,000 — 1.3 percent of the transaction’s value.  That would multiply donors’ dollars by 76-to-1.

The Virginia Land Conservation Foundation will provide $3.6 million for Battlefield Bluffs from money that Dominion Energy provided for water quality, historic preservation, and shoreline and viewshed protection to offset impacts from a high-voltage power line across the James River from Surry County to James City County.

The Trust is also seeking grants from the National Park Service’s American Battlefield Protection Program and Virginia’s Battlefield Preservation Fund to pay for a portion of the purchase price. 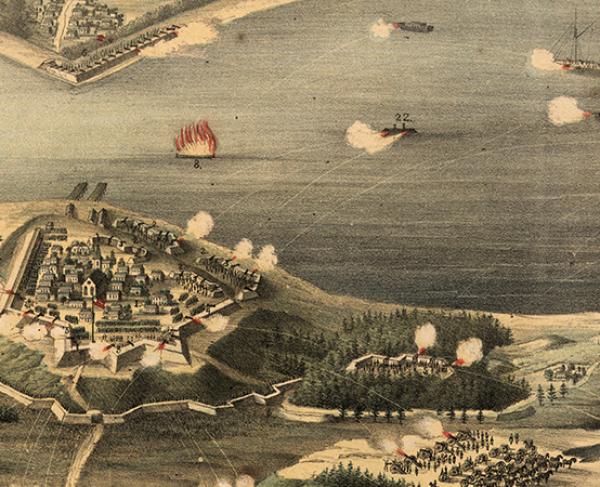 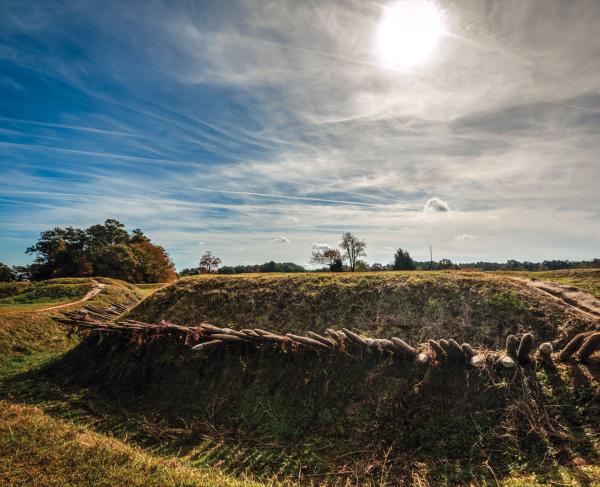