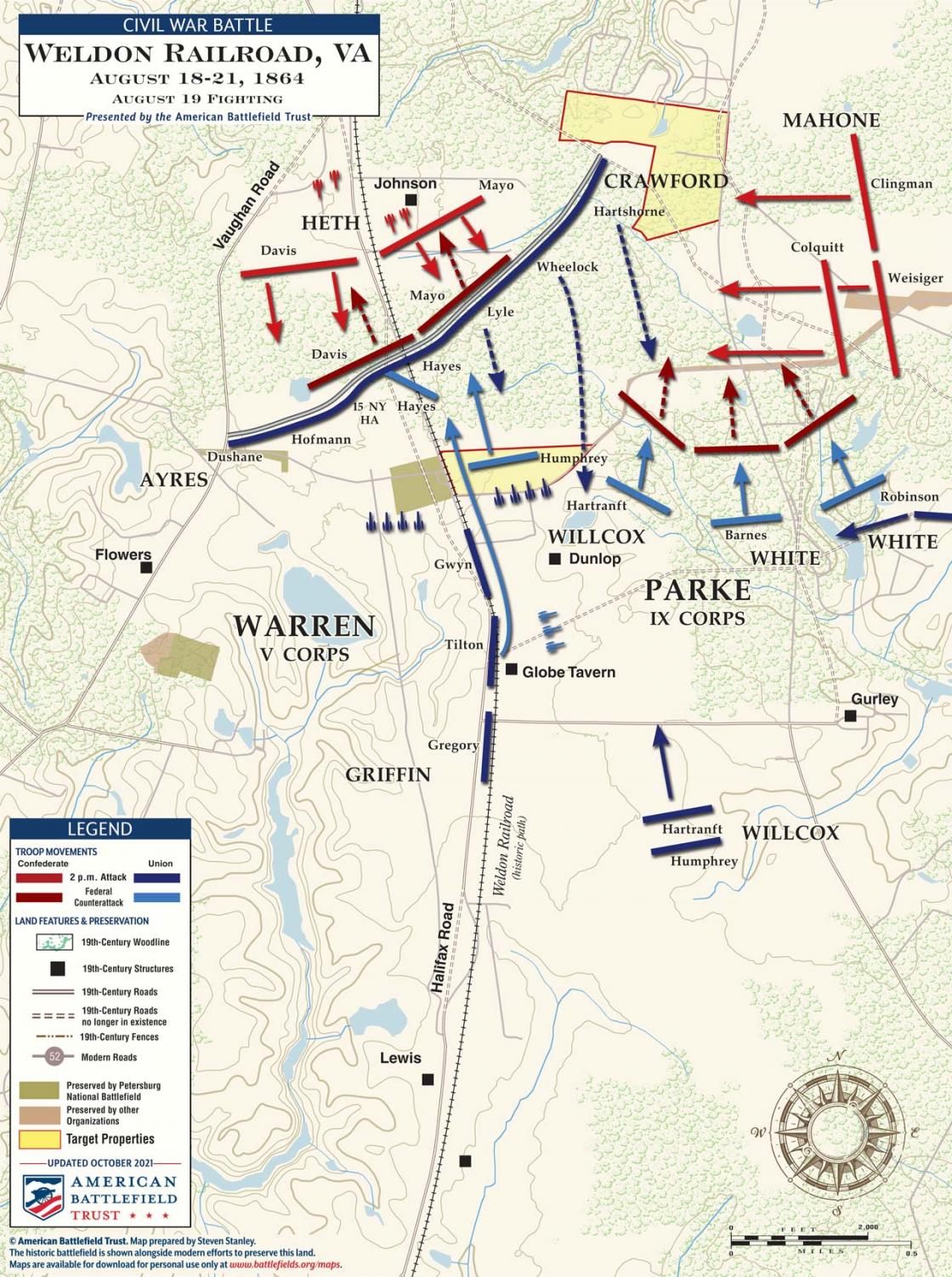 In the Second Battle of Weldon Railroad (or the Battle of Globe Tavern), the Union Army attempted to capture the railroad again following its failed June effort.

Before dawn on August 18, Grant sent his Fifth Corps, commanded by General Gouverneur K. Warren, westward with orders to destroy a section of track and hold it if he could. Warren’s men left heated rails twisted in the shape of the Maltese Cross, Fifth Corps’ insignia, in their wake before withstanding a fierce counterattack from three Confederate brigades led by General Henry Heth.

The next day, Mahone’s division (the same that had thwarted the Union’s first attempt at destroying the rail line), sliced between Warren’s right flank and the left of General John Parke’s Ninth Corps, inflicting another embarrassing tactical defeat on the Federals.

All told over the four-day battle, the Federals suffered 4,279 casualties and had more than 2,500 men taken prisoner, yet they managed to destroy enough track to force the Confederates to transport their supplies 30 miles by wagon to bypass new Union lines to the south and the west. 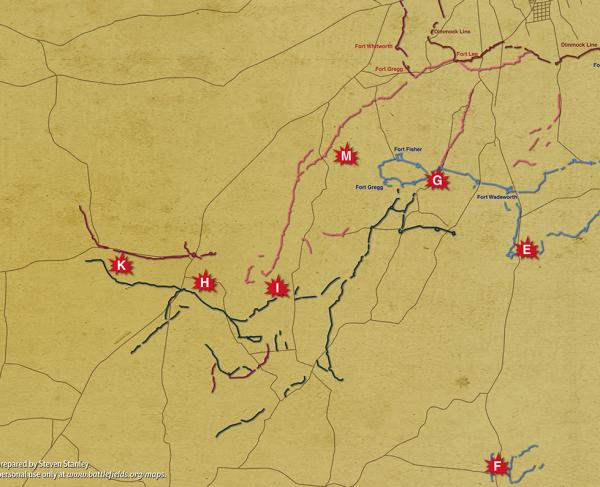 The Fight for the Weldon Railroad
Petersburg in the Civil War