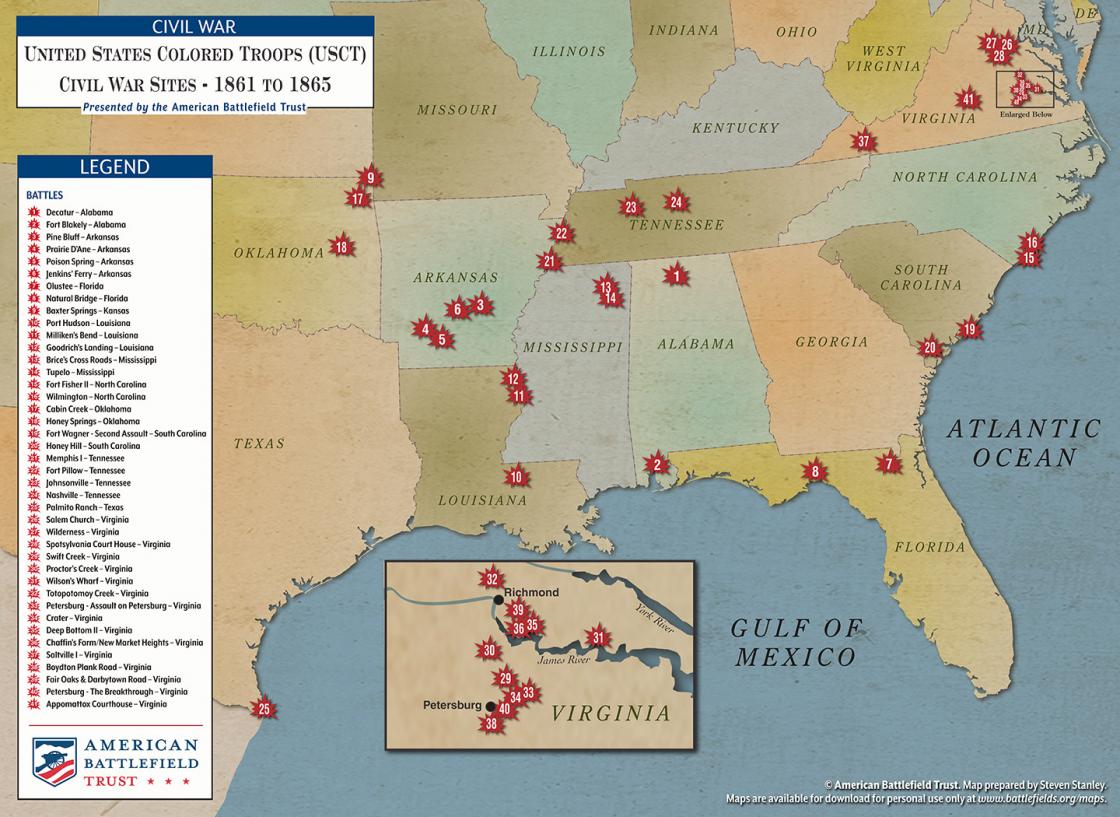 United States Colored Troops (USCT) were the embodiment of Frederick Douglass’s belief that “he who would be free must himself strike the blow."  179,000 men – many who were former slaves – volunteered to fight in the Union army; nearly 37,000 gave their lives for the cause. With every engagement in which they fought, the USCT's time and again proved their mettle.  At Port Hudson in Louisiana, Fort Wagner in South Carolina, Spotsylvania, New Market Heights, and Wilson's Wharf in Virginia, and elsewhere, USCT units displayed courage under fire and won glory on the field of battle.  By the end of the war, African-Americans made up 10 percent of the Union army. This map depicts major battles where USCTs fought or were in a supporting role as well as encampments such as the Wilderness, Salem Church, and Totopotomoy Creek. Major battles are those listed by the Civil War Sites Advisory Commission report, but it must be noted that Black troops fought in many other places not in that list, or hence depicted on this map.