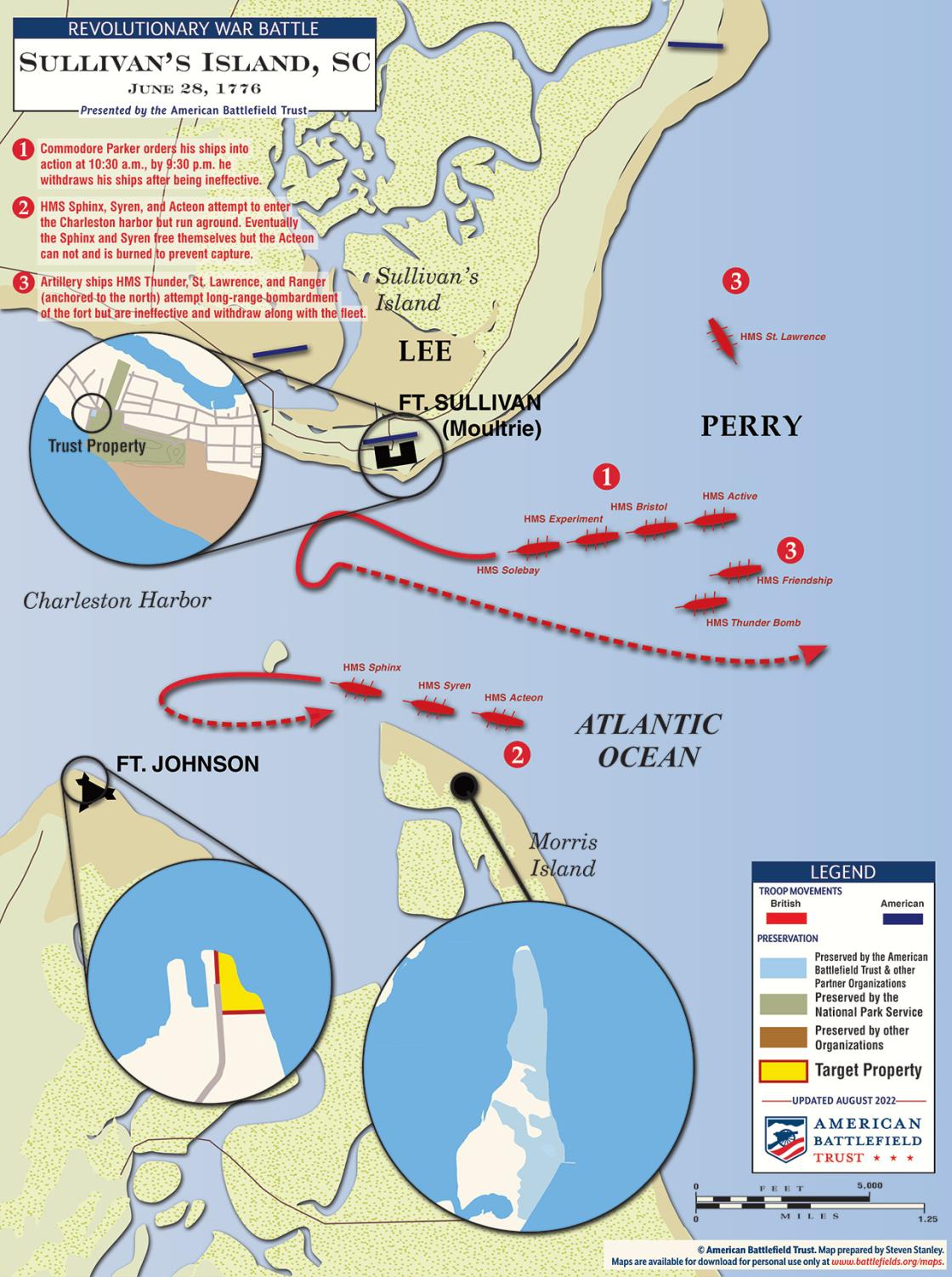 After the British evacuated Boston in March 1776, the British commander in chief, Sir William Howe, sent his second in command, Sir Henry Clinton, south to establish a foothold in the southern colonies and rally loyalist support. One of their first targets was Fort Sullivan on Sullivan’s Island outside Charleston, South Carolina, to effectively close the port to all ships.

On June 28, 1776, at 10:30 am, British forces began their naval attack on Fort Sullivan, guarded by Colonel William Moultrie and a small garrison. However, the artillery fire did minor damage to the defense because of the palmetto wood used to build the fort, even after hours of bombardment. Unable to take the fort, British forces withdrew at 9:30 pm. Because of Moultrie’s leadership during the battle, the fort was renamed “Fort Moultrie” by the South Carolina General Assembly.