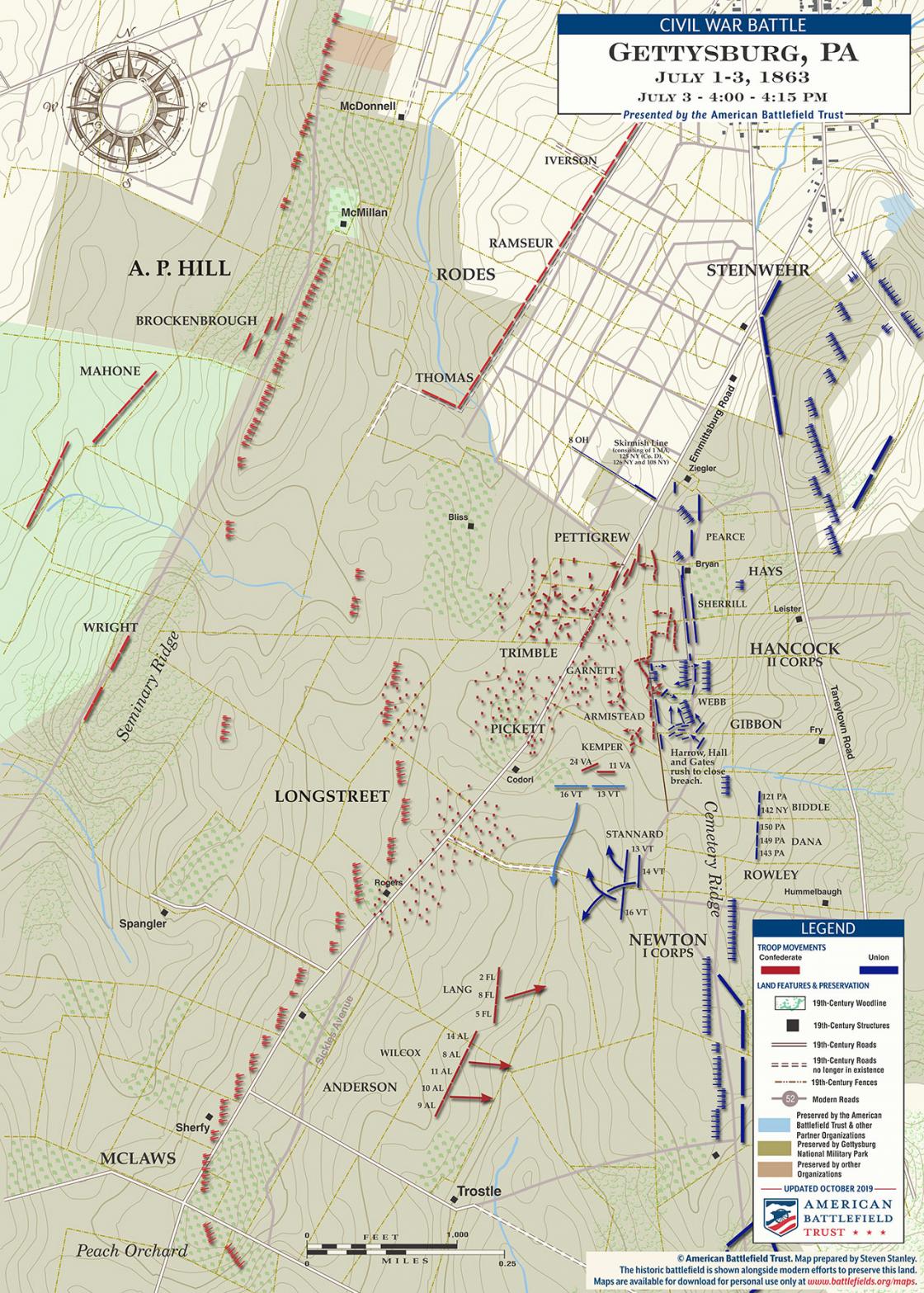 American Battlefield Trust’s map of Pickett’s Charge at the Battle of Gettysburg, Pennsylvania on July 3, 1863