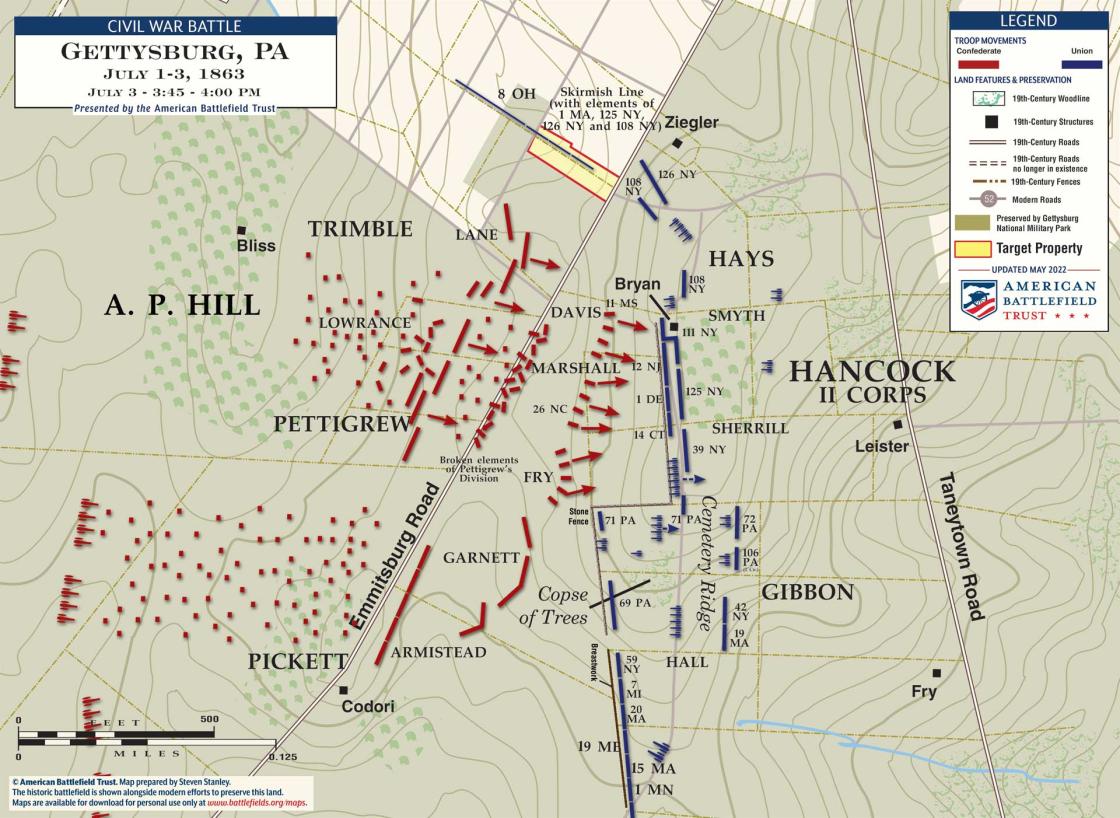 General Richard Garnett was killed and James Kemper wounded on the slope of Cemetery Ridge. Fired on from three sides, most of Pickett’s men went down in front of John Gibbon’s division, while J. Johnston Pettigrew and Isaac Trimble’s men fell in front of the Union division of Alexander Hays. Only about 200 men pierced the Union line where it bent at an angle along a low stone wall.

In the melee General Lewis Armistead fell mortally wounded. Terrible, ferocious hand-to-hand fighting ensued inside the Union line. Although their line was briefly broken, Federal reinforcements proved to be too much for the Confederates to overcome, and the Union soldiers cheered as their unsuccessful foes fell back. When it ended, 6,000 Confederates, about half the attacking force, were killed, wounded or captured, and the survivors slowly fell back to Seminary Ridge.